Picked up a Hue Go this weekend. For those who might be interested this thing provides quite a bit of light in battery mode and connects to the Hue app with ease. With Echo and ST connectivity it has some potential for practical use, and I’d like to read some ideas from the community. I’m placing mine on a curio shelf in the man cave where an outlet isn’t available, and I’ve thought about using it at our next backyard party to flash when motion is detected at the front door.

I really want this one… When in the patio or porch… Glad you posted this. Had no idea how it was.

The manual says the light cuts to 40% output when in battery mode, but my eyes didn’t notice a 60% perceived drop. Actually, I’m liking it better than the bloom.

I really like mine. Although the API does not seem to have added any way to invoke the preset scenes, if you have it set to one and just send it an ‘on’, it will come on with whatever one was being used when you turned it off.

I have added them to my power failure app to come on when the power goes out if it is dark and I’m not sleeping.

Much better than the emergency lights I was planning to install.

@scottinpollock please tell me.it works with the native and third party apps and I am good!

I like the idea of it, but 3 hour battery life between charges just isn’t worth the $99 price tag to me. Plus the fact that it turns itself off after two hours of continuous battery use and then you have to physically press a button (the phone app can’t turn it back on). If I’m going to put it somewhere where it’s plugged in all the time, there are other lights I’d choose first.

That said, I like the notion of it as a doorbell for an outdoor party.

Philips has been pushing its Hue smart lighting system for years now, but it’s taken until now, and the Hue Go, for the lamps to gain a battery for truly wireless convenience. Latest to the app-con…

@smart When powered, it appears and works just like any Hue lamp, but has insane dimming ability (it can dim to literally a faint glow). Stick it on a nightstand and slap a 10 minute transition time on it and it is gentle as a sunrise.

When on battery, if you turn it off, it will remain in standby mode for 2 hours (where it is still controllable over the network). After that it turns off to save battery and you’ll need to either plug it in or turn it on to resume network accessibilty.

@JDRoberts As with all Li-Ion powered units, leaving it plugged in all the time is going to severely minimize battery life. If you are not going to use the battery regularly, you may want to consider a different lamp.

It’s too much of a temptation. Getting this today!!!

I got one a few weeks ago. My kids love it. It does seem to be a superset of both the Bloom and regular Hue bulb in terms of brightness and color selection. I contacted Philips and it sounds like they’re planning on adding the built-in effects to the API at some point. It is a little pricy for what you get but it’s in line with the other Hue products.

I luv it… hue connect found it… But this is a new crap now where you can’t save it (not restricted to GO, mind it…). 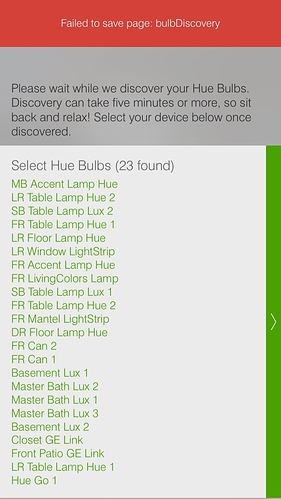 BTW does your Echo if you have one recognize it? Mine didn’t. But I didn’t dig much into it though.

Not sure when they updated Echo to accept the Go, but it works with mine now.

Edit - it turns out that I had my Go connected via the Wink app, and that is how Echo sees it. Remove the link to wink and Echo no longer sees the Hue Go.

I picked up some of these for the Device Lab last week. Very cool product - but the price is a little steep for me.

For anyone who was wondering, once connected to the Hue Bridge it connects to SmartThings as a “Hue Bulb”. Works great!

Do you need the Philips Hub to run these with the Smart Things, or does it interface directly?

reviving this thread after 5 years…
Possibly interested in a hue go, but not interested in getting a hue hub.
Is it possible to pair it with smartthings without the need of a Hue hub?

Like all Hue bulbs/lamps, The two companies only recommend using the hue go with a hue bridge. It’s technically possible to connect it without, but it can potentially disrupt your zigbee network because these devices tend to lose the messages they are asked to repeat by other Zigbee devices like sensors. This issue was verified by smartthings engineering. they don’t have this problem when connected to their own bridge. If you don’t intend to have any other zigbee devices, then that’s not an issue.

FAQ: Do I need the Hue Bridge/Hub to Use a Hue Bulb with SmartThings?

Do you need it to be battery operated? If you’re just looking for a table top RGBW lamp that works well with smartthings, MeRoss has a nice one available in both UK and US models. At about half the price of the Hue Go. But it has to be plugged in. And it’s WiFi. 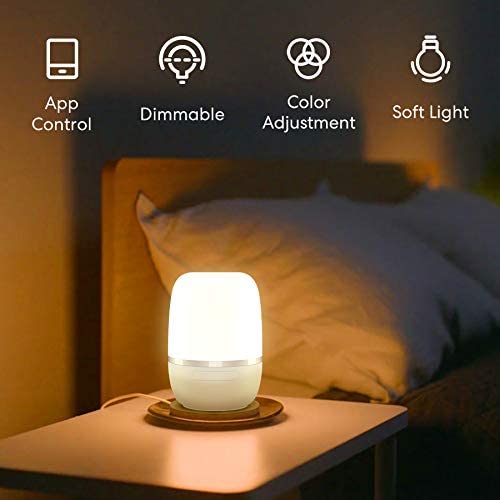 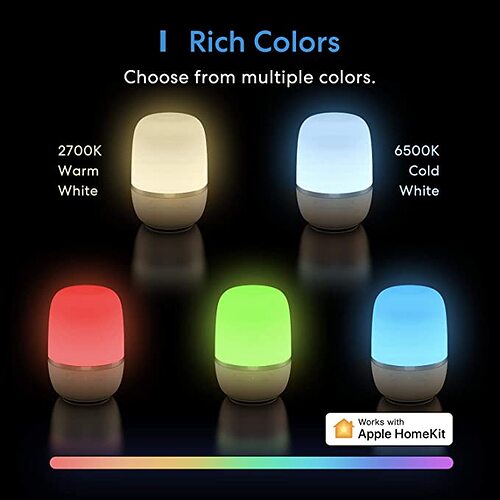 Meh.
I already have loads of other zigbee devices so i’m not inclined to risk the hassle.
The meross device looks ok but it’s not battery powered which i kinda liked and also not as cool to look at

I’d liked the idea of portability and being able to use it on the patio on summer evenings.