Hi, has anyone managed to successfully pair their Matter enabled Hue Bridge to the ST hun yet? Despite having matter enabled on the Hue Bridge and SmartThings, I am unable to get it to pair. It is seeing something so is trying, but finds an mDns device, it seems to be just seeing all lights combined as a single device. When dimming any of these lights, it shows the dimmer percentage change on this mDns device but that’s it.

I think we need a Matter edge driver for the Hue Bridge. Does anyone know of any? I’ll happily beta test if someone is playing with one?

I think we need a Matter edge driver for the Hue Bridge. Does anyone know of any? I’ll happily beta test if someone is playing with one?

This will likely come out of an eventual official integration, word is that the SmartThings engineers are working on one, but no timeline has been announced.

Can I ask why you are specifically interested in a matter integration on the Smartthings platform for the Hue hub? Since matter doesn’t expose rooms, groups or scenes, you would actually get less functionality than you would get from the current community – created LAN edge driver if you used a matter integration. And that one already runs locally.

Also, Samsung has already said that the smartthings hub does not act as a “matter bridge“ to expose devices to other matter apps and controllers, although the hue bridge does on its own, so again, you’re not getting any additional functionality if there is eventually a hue/smartthings matter based edge driver.

So what would you see as the advantage to having an edge driver using matter for the Hue hub versus the currently available LAN integration? Just a more consistent setup process?

Hue hub wont be getting matter till around March next year!

My Hue Bridge is running the Beta Firmware which enables Matter

I’m just very interested in playing around with it and am excited to get my home on the Matter Standard. I am aware that it’s in the very early stages and doesn’t support everything yet but tinkering is what I like to do. I shall be patient and wait for ST to release a Matter Driver

Hue hub wont be getting matter till around March next year!

It has been available for those with a developers account which anyone can sign up for. For others not on Beta, it is estimated for the late 1st quarter of 2023.

You may not want the Matter version of Hue on SmartThings. Matter devices used in Routines currently force the routines to run in the cloud.

Well this might explain why your Hue Matter firmware doesn’t work in SmartThings: 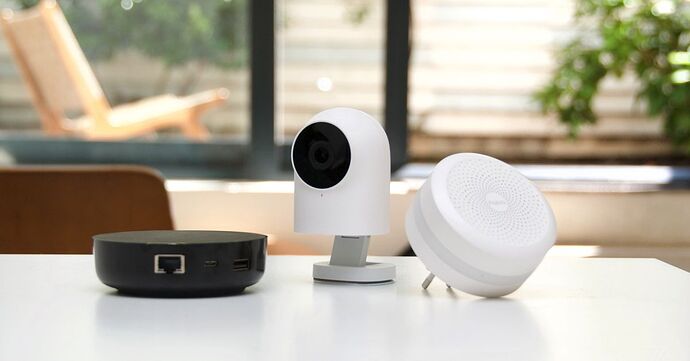 Over 40 Aqara devices will be bridged to Matter after the update.

Aqara notes that only Google Home and Apple Home will be able to see Aqara’s devices connected to the M2 hub after the firmware update, while other Matter apps (like Amazon Alexa and Samsung SmartThings) will work just as soon as they support the Bridge device type.