How can I yell at the dog?

So I really don’t want to spend a couple of hundred for one of those “See and Talk to your dog” things… I want to yell at my dog to get off the rug… I have blink camera in the living room, and I of course get the motion alerts, and there is my dog asleep on the area rug… that she would not set foot on if we were home. Can anyone think of a non expensive way to be able to yell at her remotely? Thanks

" Easiest " way if you already get an alert when she is on the rug would be to set up an old phone/tablet with LANnouncer and a speaker. When you get the alert that she is on the rug have Big Talker alert " Hey get off the rug" .
Although I am pretty sure I won’t take her long to realize that it is just a computer and not you. The first few times I caught dog on the couch on camera and yelled at them he jumped down and looked around for me. After the third of fourth time he just looked up at the camera and laid back down.

Ok…I can come up with anew old phone or tablet…is Lan Announcer very hard to setup?

Sic the robot vac on the bad dog.

Actually really easy. Even I was able to do it…

Works well for a “laundry notifier” and “let the dogs out” on an Echo.

After the third of fourth time he just looked up at the camera and laid back down.

I wonder if a siren would make it uncomfortable enough for them to get out of the area. If it’s in a main flow-path, It would have to be delayed to allow the dog to pass thru, but not stay.

The couch could have a masked motion sensor looking at the couch for an instant-on siren.

I’d try to do it with 1-3 carefully masked motion sensors.

I have a husky size hole in my bedroom window screen to prove that the siren on Canary is more than enough to get the dogs out of the area and onto the second story roof.

There was a post about a robot wifi camera tank or something, but I can’t find it. Maybe a nudge would do better than yelling… 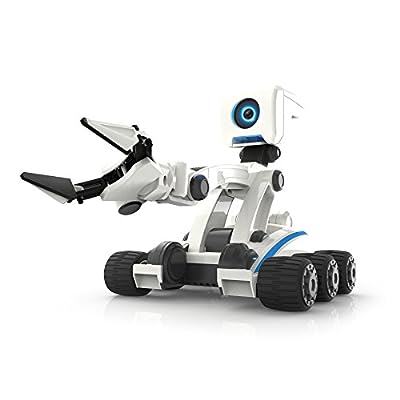 I bought one of these when they were on sale at Walmart I think. Neat little guy and yea it will make the dog move but she isn’t scared of it. But if she is laying in a spot it would cause her to get up and leave the area. 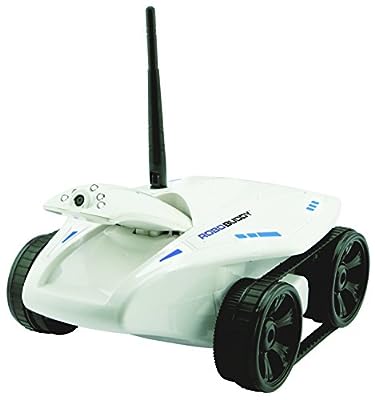 Robo buddy gives you peace of mind by keeping an eye on those things that matter most. Monitor stay connected. Live the moment. Connect to Robo buddy from anywhere in the world via app and local inter ...

RoboBuddy is the one I was looking for, it was discussed here: Robo Buddy Cam $50 w/free shipping plus $20 SWR

Well, I spent the better part of yesterday on this with no luck…could not get it installed…I don’t know anything about programming, so I very much depend on step by step directions. It appears some things in the IDE have changed and I could not figure out how to handle. Plan to go at it again today…

Lannouncer is downloaded from Google/Apple store. Nothing to install in IDE at all

Android as a Speech/Alarm Device released! And Updated! Devices & Integrations

Well… released on Google Play and on the website. SmartThings hasn’t approved the device handler or SmartApp yet. But… Do you want an easy way to announce events - with speech or with chimes and alarms? Do you want to have such announcements handy while you’re not home - e.g. a chime when the front door opens on your cell phone? Does buying a Sonos system or dedicating a computer to VLC Thing seem like overkill to get sounds out of SmartThings? Then perhaps LANnouncer (formerly LANdroid) is the solution. LANnouncer enables SmartThings to talk on Android devices running Lollipop or higher, via LAN (local network) or via SMS. See the LANnouncer web page for more information and to download the groovy driver (for now, until SmartThings approves the publish), plus LANnouncer on the Goog…

But…there is a device handler and smart app???

I got the app on the old phone from the play store…so good there…it was setting up a new device where I got lost yesterday…I plan to return read everything (all threads) this morning and start over.

Yes You need to install; Lannouncer in ST from Keybounce

And the Lanouncer app from Google play on every device you want to use. App will only work on devices running Android 5 or higher.

The big issue may be that one arrow in the directions should be lower than it is. Paste the groovy code in the big text box, not the little one.

I’ll take a closer look soon. Someone else said this in November and I couldn’t see the problem, so perhaps it’s a browser configuration difference too.

Well…I do seem to now have a device, and I thought I ad all settings correct, but nothing happens when I click on siren…should I not at that point hear something on the old phone I am wanting to use?

On the app on the phone, the key bounce instructions mention the 3 dots menu in the upper right corner for settings (volume)…I have have no menu option at all.??

I don’t know if this is the norm or not. On my Insignia tablet with Lanouncer if I reboot tablet for some reason, it will not work until I open Lanouncer app on it, then hit home or back button so app is running in the background. If app is actually open it doesn’t do anything.

Thanks for the idea, but no luck…that did not take care of it. Could the fact that the SmartThings hub is plugged into the router directly have anything to do with it since the phone is on wifi?

If you simply want an easy, low cost way to see and hear what is going on in your home while away, along with the ability to “yell at your dog”, you should look at a free app called “Presence”.

Presence allows you to reuse an old phone or tablet as a smart camera, with two-way audio. It works well and requires to coding skills at all. It does not integrate with SmartThings, but it is very feature rich and the price is right!

Another free app is called “Manything” and it has similar features.

Don’t have my tablet with me but there was something that had to be selected in in the app under audio settings before my siren worked.