How can I pair Aqara temperature sensors with Aqara hub but without Samsung Smart Hub?

I’m trying to set up automation with multiple smart switches running AC units through Kasa smart plugs. I’m looking at Aqara temperature sensors and want to know how to integrate the sensors into SmartThings. I do not have a Samsung Smart Hub but am open to buying the Aqara hub if that allows this integration to happen. I have the devices loaded into my Device Handlers already, but my understanding is I need to sync initially through the hub. Overall I’m pretty new to this home automation thing but any advise/other forum’s addressing this issue would be greatly appreciated. I’ve searched but so far all I’ve found is adding them through the Samsung hub, not without.

Most zigbee Sensors, including Aqara, can only belong to one hub and there is no integration between the Aqara hub and the smartthings hub at this time.

That said, the very newest Aqara Sensors won’t work with anything except their own hub, so as always, the first rule of home automation applies: “the model number matters.“

By the way, the good news is that Aqara has said that many of their hubs are going to support the new industry standard called Matter Once it is released sometime in the next 12 months. Once that happens, you should be able to pair most (again, the model number matters) Aqara Sensors with an aqara hub that supports matter and bring them into the smartthings app that way. Which will be really cool, but we’re not there yet. 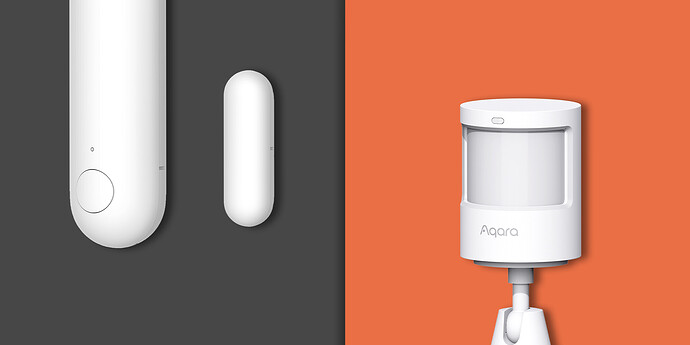 So…for now, in order to use aqara sensors with smartthings you need to get the older sensors and pair them to a smartthings/Aeotec hub. If you pair them to an Aqara hub they will not be visible to smartthings. And you have to have some hub because that’s how zigbee works.

But looking down the road, by a year from now it should be a very different picture if everything happens as it’s supposed to with Matter.

I almost forgot, there is one other option that works right now if you have an aqara hub but not a smartthings hub…you can use IFTTT as an intermediary.

Ifttt (“If This, than that) is a third-party service that lets you connect devices from different platforms into Applets. So “if the temperature on Aqara sensor is above x, then turn on the switch which is controlled by smartthings.”

it’s a cloud service, so there can be some lag. At my house it’s a pretty consistent eight seconds, which is fine for some use cases, but not for others. It should be fine for most temperature triggers.

IFTTT used to be free for users, but now you have to get an account and you can only have three free applets. After that there’s a monthly fee. So I don’t know if you’re interested in that or not, but it is another possibility.

There are two different Ifttt channels, one for the US, and one for Europe, because they use different servers. 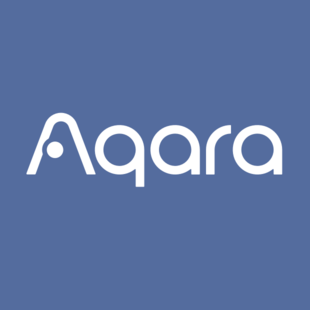 Aqara Home for US works better with IFTTT

But you would still have to get an aqara hub and it would have to be one that works with Ifttt.

One more point: most air conditioners don’t do well if you try to control them just by cutting the power, which is what happens if you use them with a smart plug. If you happen to cut the power in the middle of a condenser cycle you can damage the air conditioner.

so the smart plug idea might work well for a fan, but not necessarily an air conditioner if you’re going to be turning it off a lot.

The alternative is to get air conditioning units that have a remote control and then add a smart remote that can talk to smartthings. if you open your smartthings app, go to add a device, and look under air conditioners you’ll see some of the options. The device selection does vary by region, but Cielo is one of the most popular. You don’t need a smartthings hub for this one. 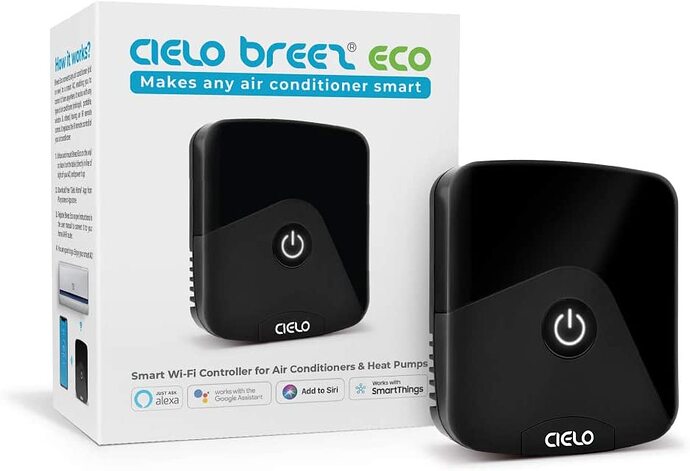 Again, though, the device selection does vary by region, so look in your smartthings app to see what’s available where you live.

If your air conditioner has an IR remote, there are some less expensive IR blasters you can also use, although the integration isn’t as nice. It will just look like you are turning on a scene at a specific temperature, rather than being able to have it look like a thermostat the way the Cielo does. But at least it will protect the air conditioner from the damage that frequent power outages might cause.

xiaomi, Aqara has IR blasters and temp sensors in their product range. There are/were even AC control sets

@chinkson58 Use aqara temperature sensor with @Mariano_Colmenarejo driver. It is created for that exact reason. Turns temperature sensor into thermostat. Than you just need to crete Automations for plugs to control a/c, fan, humidifier or heater, etc.

I saw you edited your post, but just to make things clear for the original poster, all ‘edge drivers” will require that you have a smartthings/ Aeotec hub and have the sensor connected to that. So not the solution the OP was looking for, although it might be helpful to someone else.