My laundry room has a three way configuration with two overhead lights in the middle. I’m trying to add GE 12722 switch and the GE 12728 add-on. I can get the 12722 to work with with the old second switch, but as soon as I replace that second switch with the 12728, it stops working. The weird thing is when I switch the auxiliary switch, the blue light on the primary switches triggers on/off but the overhead lights do not actually come on. Clearly there is a signal between the two, since when I tried rearranging wires, the blue light wouldn’t trigger at all. Clearly though I’m also missing something. I just have no idea what it is. Primary light has red to traveler, line to line, black to load, and white to neutral; auxiliary has white to neutral and red to traveler. Hopefully someone can help, because I have no desires to pay an electrician to do what should have been an easy project!

which 3-way scenario are you working with?
http://www.buildmyowncabin.com/electrical/wire-3-way-switches.html

I can think of two easy things to check

As the other response indicated there are many ways a three way can be wired. I had one where the power line was sent to the primary switch from a power plug using the red wire. I had another case where the line and traveler were sent from the aux switch to the primary where the load was. Most of my cases used the white cable to move the line over to the aux switch so I had to undo that and connect it to common. My point is you really do have to figure out what the colors are doing since there are so many ways it can be done with three ways. There are some excellent posts on this topic in other threads.

I wish I knew which scenario was being used. Is there a way for me to figure this out without paying an electrician?

I moved the black cables around hoping that was it. I didn’t know the piece about line usually having other wires tied to it though, so I’ll definitely check my work again.

Oh, and thank you both for your responses. It will likely be the weekend before I get back to this project. In the meantime I’m going to email my builder to see if I can get my hands on the wiring diagrams.

The easiest way is to kill power to the circuit, pull the switches and fixtures away from the box and trace sets of wires going in and out of the boxes from the switches and fixtures. Then compare this to the diagrams in the link. Pretty easy if both switches are by themselves in a box. A little more difficult if they are grouped with other switches. It’s important to know what is where because the Z-wave switches actually have to be wired differently than regular switches. It’s not just a direct swap like a 2-way switch.

Do you have something like this? A contact voltage tester? You just place the tip of the instrument on the wire. 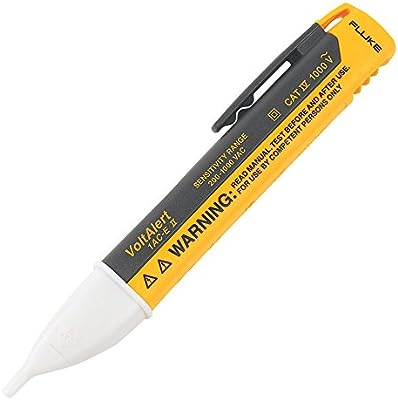 Simply touch the tip to a terminal strip, outlet or cord. When the tip glows red, and the unit beeps, you know there's voltage in the line. Electricians, maintenance, service, safety personnel can qui ...

Using the voltage tester you can then turn on off switches and figure out which wires are the load/line neutral etc.

I edited this post to remove some incorrect information. The GE Aux switch is wired differently than the linear aux switch.

That’s incorrect. The main goes in the box with your line/hot/supply. The aux switch isn’t actually powered and connects to the main via the neutral and traveler only

I haven’t touched my hallway yet, which is just has one switch in a box. That will be a good place for to take a look at this and learn something new. Maybe with it being daylight later now, I won’t have to actually wait till the weekend to check this out!

I found this picture to be helpful because it shows all the cables in the box rather than just the ones connected to switches. This is usually the wiring when you have a newer construction.

Does it matter what box the load switch goes into?

If it does matter, why?

It matters where both the line and load are because the master switch needs to be able to hook up to both. This isn’t possible in a lot of line into fixture scenarios.

@Automated_House
But if the box originally had a dumb switch for the original 3-way doesn’t that mean line, load and traveler had to be there?

It is just the neutral wire that is optional?

It might be a “switched” line from the other box controlled by the first dumb switch.

@ritchierich
Thanks for the explanation

Yeah, what he said. The 2011 NEC was updated so that neutrals are required at switch boxes in habitable rooms, but there are still a bunch of caveats to that and of course it only applies to new work (assuming your jurisdiction has adopted the 2011 NEC).

the box where the main switch is installed is theoretically not important. What is important is that the load wire be connected to the main switch. In one of my installs I swapped the box because I wanted the blue light to show in a particular place. To do that I just used the white common line to travel the load wire. This worked because I had a common line already in the other box.

They work! Costly electrician avoided. Thank you all so much for your advice!!! I can’t even tell you which helped as I read it all and put it all together.