Hi All - Considering getting smartthings hub (first foray into home automation) but wanted to see if a setup I’m thinking of would work at all.
I’d like to hook up a GE smart switch with load attached to a ceiling fan - however not have the switch itself control on/off for that load; instead it would control either a micro controller (or the hunter fan controller) for the fan on/off or a hue bulb in the light on the fan. Really just looking to have the load go through the switch so that the airgap can be used on the GE switch if power needs to be cut to it.

So in short, can a GE smart switch be setup in such a way as to not control the local load when the switch buttons are used and are setup to control something else entirely ?

No, because master switches of that type are designed to also act as regular non-networked switches even if your home automation hub fails completely, so they always control the load if they are wired to it.

There are people who have wall switches with are not connected to the load and then are used to control other devices like in wall micros or smart bulbs. But that doesn’t give you a way to cut power to the fan as well. Is there a reason just a regular circuit breaker wouldn’t meet that use case?

As far as other options for control of fans with lights, you might take a look at the following if you haven’t already:

Thanks, I was suspecting that. I just like the idea of being able to cut the power to it locally vs the circuit breaker. But that was a nice to have, figured it would end up being hard wired and then have the switch without load to control fan/light.
Thanks of that other post, didn’t come across that one, but had read through the earlier ones for the Hampton Bay controller. I have two fans I’ve been figuring out how to update, one has a dual gang box the other a single. That post is perfect!

I’m rather surprised more fans/lights aren’t coming out with zwave/zigbee already part of them - or at least as an upgrade. It seems like a great application where current installations have a single wire to the fan/light combo on a single switch.

it’s only doable if you have multiple relays. For example, you could put a relay in the box above the fan and bypass the load connection at the switch box so it’s always hot. I believe they have multi-load relays on amazon as well. 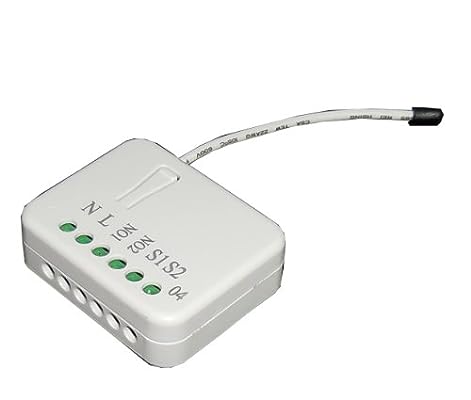 In Wall Dual Relay(1 Way) Switch Module 2X1.5KW (Each relay with power meter function) Z-Wave series This in-wall switch module is a transceiver which is a Z-WaveTM enabled device and is fully compati ...

for the wall switch not connected to the load.