I am new to SmartThings and home automation and having problems with my first switch. Of course, this isn’t helping me sell my family on the wonders of the connected home.

I have a GE Dimmer Paddle Switch (Z-Wave) 12724 wired to 6 dimmable BR30 style LEDs mounted in the ceiling.

I would love any tips to help me resolve this.

There is some work on this and it will help a little but there won’t be I instant on/off. It’s a hardware thing.

The tiles would be for Info Only, all settings are on the settings page. I am going to skip this for this release, KISS. I am also going to Ignore, ignore. Just let the switch handle it. While I agree with the invert, some people may like the led on top. And there are some cases, were controllers treat up as down, movie screens come to mind. On is usually Lower screen.

I had a similar issue, wasn’t flashing but was noticeable stepping, almost stuttering. I am using the LED bulbs you get at Costco (Leit) and they work well, especially for the price. Nearly the same as the 3x more expensive GEs I have.

If you want instant on/off I would replace the switch with a GE on/off model (its not that hard). I do like the soft on/off of the dimmers that is why I have them on most my lights. You can use the custom device handler to program near instant on, but try a small ramp up.

Here is a direct link to the custom device handler. Let us know if you have questions 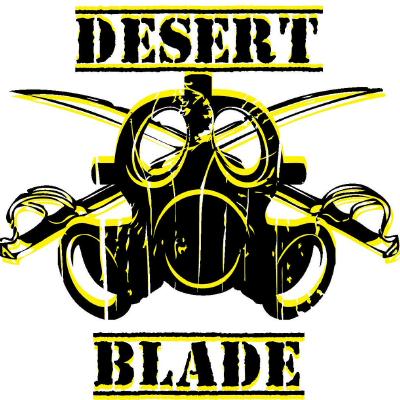 For clarity of my problem, I recorded a video of the “flashing” behavior and uploaded to YouTube: https://youtu.be/dU-kliv16fE

I would love a way for the “off” and “on” to be instant, but still allow for the push and hold step level dimming. However, I am OK with fade on/fade off as long as I can get ride of the “flash” effect at the end of the fade off.

Oddly, when I manually dim down one step at a time, I can get full brightness as the lowest setting. I checked the wiring today and line, load, neutral and ground are all correct. I am curious if I have a bad switch? Are bad LED bulbs a possibility? I have SYLVANIA Ultra 11-Watt (65W Equivalent) (2700K) BR30 Medium Base (E-26) Soft White Dimmable Indoor Led Flood Light Bulb ENERGY STAR purchased as Lowe’s.

Amazon/Lowes says the bulb is dimmable to 10%. Anything below that will cause it to freak out, and most likely that is what you are seeing. The dimmer steps down 1% at a time.

On/Off instant while retaining dimmable from the switch is not possible.

Options:
Go with an on/off switch
Use different bulbs
Try tweaking the dim rate with Enhanced Dimmer (10% steps, delay of 10) which will ramp the light up and down in about a second, delay of 5 is about half a second. May remove the flicker. May need to try different settings.

That “dimmable to 10%” was the clue I needed. I used the percentage slider in the iOS app, and at 12% the bulbs are dim, but when at 10% they are at full brightness.

I am using your Enhanced Dimmer and playing with the step and delay settings, but haven’t found the right combination yet. Thanks for publishing that. I will reply back once I find my solution.

Using Ben’s Enhanced Dimmer, I set the step to 20% which keeps the bulbs from dropping below the ~10% “freak out” zone. I can still use the app slider for more precise control. I wish it could be more gradual, but unless I want to buy different LED bulbs, this seems like the best option.

Glad you got it worked out.

You can always move these leds to another location (assuming you have other floods not led) and try different bulbs. I had to go through 3 or 4 different Led bulbs till I found ones I liked and at a price point that didn’t kill me. Had nearly 50 Flood lights I needed to upgrade to Led, from incandescent.

Any feedback on the device handler? I am hoping to submit it to official review soon.

I have a different problem with my GE (12724). I have them connected to a bunch of Commercial Electric LED trims (see below). When I power them on after they haven’t been powered on for awhile, they tend to flash dimly and then eventually come on after like 10-15 seconds except one of them which takes like 30 seconds. It’s almost as if they go into some sort of sleep mode. At first, I had the first gen 12724 without the neutral wire which doesn’t work with LED’s, but then I swapped it out with a new 12724 (which does work with LED’s) but the problem persists. What is strange is, I have the same setup in 2 other rooms and I do not have this issue. I just setup @desertblade’s Enhanced Device Type and played around with the settings, but didn’t seem to help. The CE trims are only certified to work with certain dimmers and GE isn’t on the list.

What I did notice helped was turning them on at 30% dim (as opposed to the 10% set level they were on last). I believe that might be the fix, but need to do more testing.

The two other rooms have the same number of lights? I wonder if it is a load issue The 30 second warm up is insane, wonder if its the bulb.

I will have to look when I get home. I actually realized it’s 3 other rooms I have this setup in and I believe I have 6 lights in some of those rooms too. I’ve seen very rarely an issue in those rooms, so I can’t say it’s 100% perfect, but not as problematic as my living room.

I have same amount of lights in other rooms. I think it has to do with the fact when I power on the lights, it start at 10%. Do you know a way to fix this?

Enhanced DImmer you can set the steps to be 15% so it will go from 0-15% on first step. That may reduce the flicker issue.

I am not sure if the device type is working properly for me. Even if I set it at 50, when I power up the lights via ST Mobile app, it still goes to 10%. See below.

ST can still set the dimmer to whatever you want to set it too. The steps are just the jumps up it takes at a time. The switch also remembers last dim state so its probably defaulting to that.

I am new to ST. Could you please walk me thru on how to setup Enhanced Dimmer. How do I download it and link it to my ST to be able to get rid of this flash when turning off.

You can find it here: https://github.com/desertblade/Enhanced-Dimmer-Switch

No guarantees it will fix the flashing issues. Seems like it works for some people and not others, really depends on the bulb.

Thank you will try this out.