Feedback on Sirens, which to pick

I am in the market for a siren. Any feedback on the following models would be helpful.

The FortrezZ Siren Strobe Alarm is a Z-Wave siren that can be triggered to sound an alarm and/or flash a strobe based on events (like a door opening) or detection of motion, smoke, or carbon monoxi... 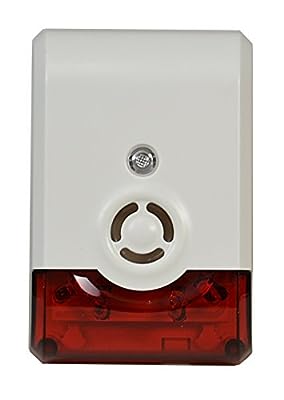 The Linear WA105DBZ-1 is a Z-Wave enabled combination Sounder/Strobe warning device, designed to alert intruders of a security system presence. Once paired with a compatible Z-Wave controller or hub, ...

The gocontrol siren you buy separately (not in a kit) is ac powered (might have battery back up).

The gocontrol siren from a kit with motion or door/window contacts is battery controlled.

GoControl looks just like the vison siren, maybe just branding? Linear seems to do that a lot.

Can you control the volume in any of these ? I think that is a feature I would want. There are times when I want a loud alarm (security) and times I want something more gentle (Notification)

I also think I like the idea of having multiple sounds to select from. I think the Linear and Vision don’t have that.

The Dome Siren looks nice. I like it’s various primary and secondary sounds.

The gocontrol siren from a kit with motion or door/window contacts is battery controlled.

Hey Ron, the Dome Siren lets you control the volume of the sounds. The Siren and “Chimes” are treated as separate entities, and you can control each one’s volume separately (so your Siren can be blaring, but the chimes can be a mild volume.) Be sure to check out @krlaframboise’s device handler here (Instructions Here) to make full use of the Siren’s features.

Feel free to ask if you have any other questions - I’m with the Dome dev team, we’d love to help! =)

Another alternative which I use is to link a z wave appliance module to an actual siren. In my case, I use an appliance module with a 12-volt car siren. The siren is tiny and sit on top of my refrig but it’s LOUD. It works well with SmartAlarm and the Samsung App “Power Allowance” that allows me to configure how long the siren will stay on if tripped. The appliance module is about $35 and you can pick up car sirens from $8 to $50 depending on features.

Oh… and the reason I did that initially… it gives the wife the ability to easily tell Echo dot to “turn off the F@#king Alarm” with no added apps like CORE, etc… which makes her happy!

some of the 12v power horns are dual tone. so you have one tone for alarm and another for fire.

@tohm that’s quite the innovation you’ve rigged up there! That sounds like it works perfectly for your case, but there’s a couple features of the Dome Siren you might be interested in - first, it’s battery powered so you can place it anywhere in the home. Second, with the Device Handler, you can turn on an “Alarm delay” that makes a quiet beep for XX amount of minutes (customizable) before the actual siren starts to play. So hopefully the wife can disarm in the meantime to not be annoyed =)

You can add battery backup to my suggestion but since adding ST to my home, i already now have to worry about so many battery THINGS that having one less makes me happy! I’m not really concerned about power myself due to the fact i have a standby generator. The beeping period is a nice feature to add though. Not really needed if you use presence sensors though. But again, what is key for me… natively having the ability to tell Echo to stop the alarm without fumbling for the phone or tablet for a false alarm or even telling Echo to turn on the alarm sorta like a panic button.

Hmmm… @krlaframboise, per @tohm’s posts above, can you think of any SmartThings capabilities that we can exploit to give more direct Echo/voice control of the Siren, to turn it on/off easily?

Mike… I don’t know if this helps or not… but since I use an appliance module for my siren, I can give the siren any name I want so if I’m concerned about security I can change the name easily with a code and also SmartAlarm will see the appliance as a Light Switch that’s what gives me my Echo voice control to easily turn on/off the siren. I’m sure there are SmartApps in ST like CORE and/or the Alexa apps I read about we have for ST here in the community that could give a Zwave siren that function but right now I want simplicity. But couldn’t you guys create an ST apps for your product to do that link with Echo? If you did, I would buy it!

The aeotec siren has adjustable volume, which was big for me because I live in an apartment. Lowest setting is still plenty loud at 80dB, loudest setting is 110dB I think.

@Ron you might also look into the aeotec doorbell. The lowest setting is much quieter than the siren, the loudest setting probably isn’t that close to the siren’s loud volume though. With @krlaframboise’s DTH it can be used as a siren.

@mictha1 how loud is the Dome siren at the various volume settings? I couldn’t find that info.

Hmmm… @krlaframboise, per @tohm’s posts above, can you think of any SmartThings capabilities that we can exploit to give more direct Echo/voice control of the Siren, to turn it on/off easily?

If you implement switch capability you can turn the alarm off by saying “Alexa, turn off ‘alarm name’”.
In theory you could hack the dimmer setting to change the sounds, “Alexa, set ‘alarm name’ to 40%” could mean set alarm sound to #4

I owned one of those and really didn’t like it. It has a lot of issues. Button didn’t work unless it was about 1ft from the speaker, it played a sound following power outages which could be hacked but required much effort. I returned that one

how loud is the Dome siren at the various volume settings?

@mictha1 I would be curious about the range of volume and what sounds are available. Are there any demo videos of the various sounds etc. I found the manual online which includes the zwave commands which I really like. I hate devices that don’t document the supported commands.

Another alternative which I use is to link a z wave appliance module to an actual siren.

i think im liking this idea more… i can disable alarm through Alexa in the kitchen or Google Home in the bedroom should we have false alarms.

can you provide more detail as to which “z wave appliance module” and actual siren you used? loving this idea!

can you provide more detail as to which “z wave appliance module” and actual siren you used? loving this idea! 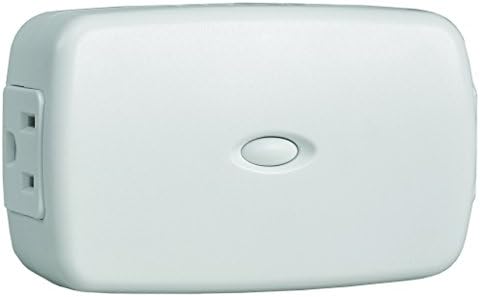 With the Linear PS15Z-1 Z-Wave Plug-In Appliance-Switch you get wireless and remote control for your plug-in small appliances in addition to anything permanently-installed that is controlled by Z-Wave ... 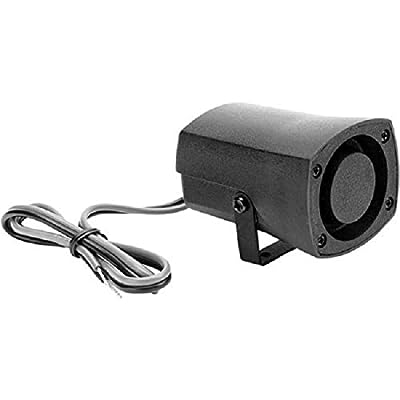 there’s a large selection or sirens you can chose though

How would you suggest doing that with Smart Monitoring or Smart Alarm that way? I know you can do that with routines but then the Echo voice trigger to disarm the alarm would have to start with “Alexa, Turn on” then the routine. I started with that but nobody in my house could remember “Alexa, Turn on Disarm Alarm”. The “turn on” part kept throwing family members off on disarming. Is there another way I didn’t think of without adding custom apps?

As long as the siren DTH has capability.switch, it can be turned off by Echo.

“Alexa, turn off the siren.” Is all you need.

But it will get triggered again each time DTH detects a trigger condition.

“Alexa, turn-off plug” vs. trying to remember whatever routine(?)

Just exploring ideas as injust started with home automation. Im stuck with what siren to get and i cant find any in my local stores that i can test and return if needed.

I figured with @tohm’s approach, if things dont work out, id have a z wave appliance i can use for something else.