The leaked ad has been taken down, but here is the article with some of their Black Friday Sales

I expect to see a similar deal at Amazon. I’m really hoping to see a great deal on the bundle with 3 sensors.

The first one I got from AMZ warehouse deals had three lines of dead pixels. And the second one had more. I initiated the return, but I’m holding onto it until Black Friday. I don’t want to get another warehouse dud if I can get a new one.

I suspect that AMZ is damaging the units when they test them. Or people are sending them back because of this problem and AMZ doesn’t notice. . . . The Ecobee people were pretty surprised that I had two in a row with bad displays.

I read that both Amazon and Ecobee ran the Same Black Friday deal last year which was the 3-sensor combor for $249. I am hoping for the same which in essence is similar to Home Depot since you can buy the extra 3 sensors for about $50

Looks like Amazon had it on sale for under $200 back in June. That’s pretty good. Too bad, I wasn’t working on any home automation then

This puts it dangerously close to the Ecobee3 lite price. Hmmm now what to do…

I am getting this one

If your picking up an ecobee3 you might as well grab these ecobee sensors on sale at Walmart. 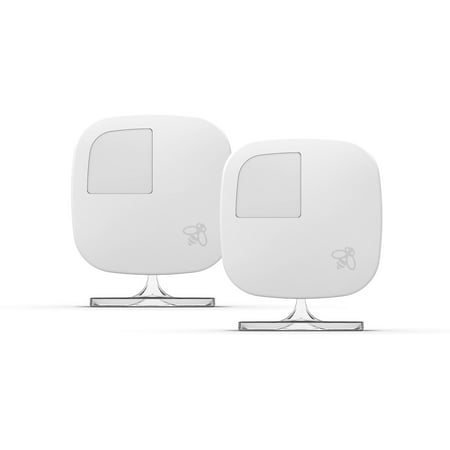 This puts it dangerously close to the Ecobee3 lite price. Hmmm now what to do…

That’s my problem, too. I don’t need a Ecobee3 for the bedroom tstat; the Ecobee3 lite has the right set of features. If only Lowes had the 3 lite.

awesome. thank you very much. I just picked one up

I got mine from Lowes using the $50 off coupon yesterday. The two I bought from AMZ warehouse deals both had lots of dead pixels. The new one is beautiful. I lost all of my historical data, but I only had two weeks in the system. No big deal.

Ecobee put it on sale for $50 off ($199) and I’m guessing Amazon matched. Ecobee’s sale runs from today through Black Friday.

I’m was still considering the Ecobee 3 Lite for the replacing the bedroom tstat, but I’m now thinking I’ll get another Ecobee 3 and use the sensor on the downstairs tstat.

This one from amazon is New, and I am using GC balance, so it works out perfectly. I also paid the 5.99 for next day delivery, so I can install it tomorrow

This one from amazon is New

Ya. I know. That’s what makes it a great deal! Enjoy.

The full set of Home IQ reports requires a month of use. But you can get some decent data after just a day or so.

Is anyone successfully getting the $50 off $250 coupons anywhere?