New, cheaper, smaller, with built-in shutter to cover the camera. 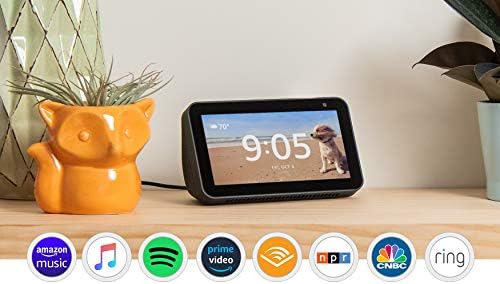 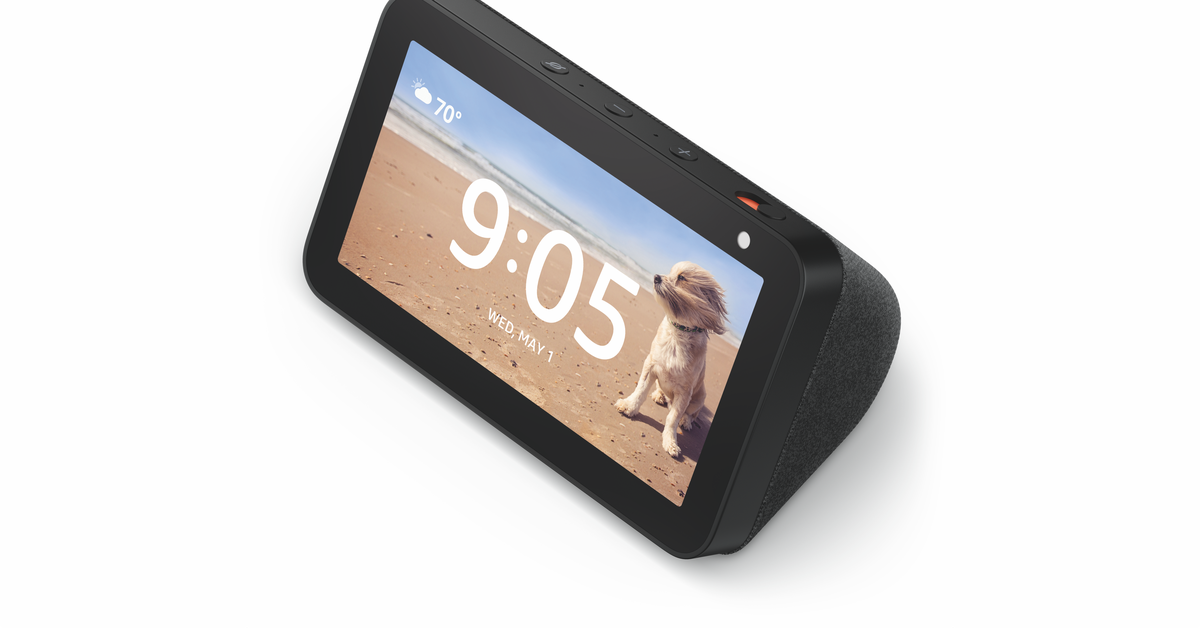 The Amazon Echo Show 5 puts Alexa on a smaller screen, shipping in July for...

It’s a direct challenge to the Google Nest Home Hub.

I’m pretty sure the echo show 5 is a re-cased echo spot and does not include a zigbee coordinator. ( The “five“ appears to be a reference to the size. This thing is pretty small for something you would play video on.)

Anyway, I went through all the support materials, and I don’t see any indication that “there’s a hub inside“ like they say for the echo show second generation. And the “simple set up“ instructions for the echo show five are only for the Wi-Fi simple setup, not zigbee.

I wonder if that’s just to save costs, this model definitely has an excellent list price at $89.

We won’t be getting one because we just really don’t have a reason for it. We already have two of the echo show second generation and one of the first generation.

But I agree, I think it was introduced to compete head-to-head with the whatever they’re calling it now google device. (“Google Nest Home Hub”?)

From the CNET article @jkp linked to above:

It’s a safe bet that the Echo Spot, Amazon’s round, 2.5-inch smart display is dead at this point. Amazon said it would continue selling the Spot for $130, but it’s hard to imagine it living for long next to the Echo Show 5 given the latter’s larger display, lower cost, and more privacy-friendly features. The Echo Show even creates some problems for the $100 Amazon Echo speaker, which has fewer features than the $90 Echo Show 5 and no screen.

The show 5 definitely becomes the Echo baby monitor of choice at this point.

Does the lack of Zigbee support really matte since I would think that most people would be purchasing this as an addition to Echos already purchased? Seems like a worthy addition to the echo arsenal.

Seems like a worthy addition to the echo arsenal.

I agree, and I don’t think it really matters at all

Cool. I had been pondering an echo spot for the bedroom, but didn’t like the super tiny screen and lack of camera cover. Glad I waited

Does the lack of Zigbee support really matte since I would think that most people would be purchasing this as an addition to Echos already purchased? Seems like a worthy addition to the echo arsenal.

They seem to believe, as does Google, that these devices will be the starter device for many homes. So the first echo device bought, not an add on to an existing account.

So I think it does matter in the sense that Amazon didn’t see the zigbee hub as a mandatory starter feature.

It’s more about a marketing analysis by the manufacturer than it is about the consumer buying decision in the sense that I think it demonstrates that Wi-Fi is “good enough” as a smart home starter level for now.

A friend of mine also suggested that the echo show 5 will be a really good match to the Alexa guard feature, because you’ll be able to drop in and see what is setting off the alarm. That was an interesting thought.

Watching this. Have ring cameras, and wondering if this would be a faster response than going through the mobile app with an action.

Wait one damn minute! Umm, this might just be a super killer product! The cost is right. The size is right. The features seems right. I wonder how it compares to the Echo Gen 2 sound…

I have 3 of the gen 1 Shows and 1 of the gen 2 and I love the Shows. However, I hated that I couldn’t connect my gen 1 to a bigger system. Also, I don’t really need a “Big” screen just cool visual feedback. However, the spot was just too small to justify the price.

The initial reviews on the various tech sites look good. Looking forward to receiving mine later this week.

May be worth waiting for Prime Day in approximately 3 weeks?

Got two on order myself. I have two Spots and love them. One is in my study and the other is on my nightstand. I have found them to be awesome with albeit a quirky shape (although it works fine on my nightstand). I plan to switch out the Spots with the Shows.

Got mine up and running. I’m quite impressed. These are my first “Show” devices. Sound is nice although I have the one in my Study hooked to Klipsch computer speakers anyway.

I see some bugs with regards to the iOS Alexa app and the Shows but I am sure those will get worked out.

A nice upgrade from the Spots. Now I’m trying to decide if I need the Spots anywhere else or whether I will gift them on or sell them.

I wonder if there will be any sort of deals on Prime Day?