Doing my remodel, and Home Automation, no small part of this automation is the inclusion of Amazon Echo Devices. In the bedrooms I am using Echo Dot devices, a mix of 2nd and 3rd generation dots.

While they don’t consume a ton of space, I still want to get them off the night stands, and on to the walls.

I am not allergic to moving an existing, or adding a new outlet specifically for this function, particularly since this would move the power source closer to where the TVs are going to be mounted…

The question is though, there seem to be a TON of different Echo Dot wall mounts out there, are any of them any good, and can I use both sockets or do they block access?

What have you folks used?

There are lots of different ones for different purposes.

We are using this one in a couple of rooms. We like it a lot because it gets the dot up off the counter or table and doesn’t block the other socket. It typically costs about $15, but is sometimes on sale for a few dollars less. 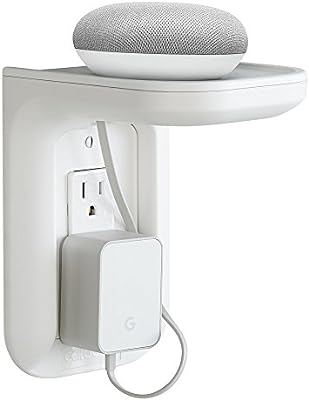 Amazon.com: ECHOGEAR Outlet Shelf – A Space-Saving Solution For Anything Up to...

We haven’t had any problems with the other socket being blocked, and we typically have a coffee maker plugged into it. But there might Not be enough space for A big wallwart unless you used one of the little extension cords we talked about before.

This particular model is well engineered and will hold up to 10 pounds. A lot of the similar lookalikes are flimsy and will only hold 2 pounds or so. So read the specs.

I haven’t seen that one. Interesting. Any advantage to this vs the kind that point the speaker to the room? I.E. sideways?

I haven’t seen that one. Interesting. Any advantage to this vs the kind that point the speaker to the room? I.E. sideways?

Probably not. I just like this one because it’s really simple, you can instantly remove the dot or echo if you want to (I take mine with me if I’m going to stay with family) And it most replicates the target design environment. But I know there’ve been quite a few community members who have mounted theirs sideways on the wall with no particular issues.

I was considering THIS ONE. Thoughts?

First, they obviously didn’t invest much in translation costs:

Notes: ONLY FITS Dot 2nd generation and its orginal power adapter
.
Your Dot is absolutely a funny and practical smarter, enabling us control most smart alexa devices, do shopping and call someone with the “drop in skill”.
.
But sometime you may feel that it will perfect if :
.
Never mess long cord bunched up behind the Dot

So if that restriction works for you, it’s probably worth a try.

I’ve not wall-mounted mine, but to solve the wall-wart problem I installed USB outlets next to regular outlets. I ripped out the single gang electrical box and installed a double gang box. Then I reinstalled the original outlet and added the USB outlet. My Dots and Spots run fine on these, and I now have more places to charge phones without eating up electrical outlets and keeping power strips under the nightstand.

This doesn’t answer your wall-mount question, but it might give you some ideas.

I’ve not wall-mounted mine, but to solve the wall-wart problem I installed USB outlets next to regular outlets. I ripped out the single gang electrical box and installed a double gang box. Then I reinstalled the original outlet and added the USB outlet. My Dots and Spots run fine on these, and I now have more places to charge phones without eating up electrical outlets and keeping power strips under the nightstand.

This doesn’t answer your wall-mount question, but it might give you some ideas.

Don’t underestimate the value of this input, on the contrary I found it helpful. At least partially. You got me thinking a different tack here… Let me ask though, is the USB power sufficient for the Echo not using their wall block?

The 3rd gen Echo Dot uses a wall wart with a round output, thus not USB, so that wouldn’t be all that helpful, HOWEVER the 2nd gen do use USB…

As a reminder, the house is 4 bedrooms, with a living / family room (no formal living room, just a great room) dining room, kitchen, laundry, 2 bathrooms, 2 hallways, and a 2 car garage that is currently a woodworking shop.

The intent is to move the 2nd generation Echo Dots, due to the physical features, one of them is going to be used in the garage workshop (no fabric to catch wood dust). The other will likely be mounted to the kitchen wall.

Given the presence of USB charging ports at the 110V outlets, and I believe there are plenty of those on the market, I can just use a wall mount clip that manages the cable and be done… 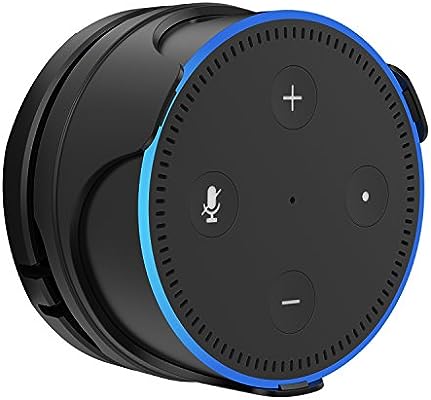 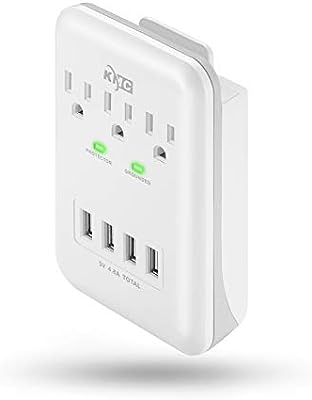 No loss of outlets, and easy cable management, win, win…

The USB outlet handles the Dot just fine. I’ve got the 2nd Gen Dots and wasn’t aware they changed to a different plug on the device in the 3rd Generation. Now that I think about it, I’ve got a couple of Spots (Dots with a round screen, basically) and they use the round plug – so, I have to retract my statement using the USB outlet for the Spots.

Nonetheless, the USB outlet works for the Dot and I’ve had no problems. For kicks I plugged a Dot into the USB port on my laptop and it powered it happily – I was a bit surprised because I didn’t think the laptop USB put out more than 0.5 amps. I grabbed a battery pack with a 2 amp USB output and plugged in the Dot… portable Dot!

I believe the Dot charger is rated at 2 amps (1.8A according to Amazon), so as long as you choose a USB charger outlet capable of 2 amps or more you shouldn’t have any problems.

I have purchased a few of these mounts for my Echo gen 2 devices as well as a USB outlet. They work awesome and still leaves you with both outlets and an additional USB outlet… I have some similar to the ones shown above but my outlets are sideways and not up/down so it sags and hangs… 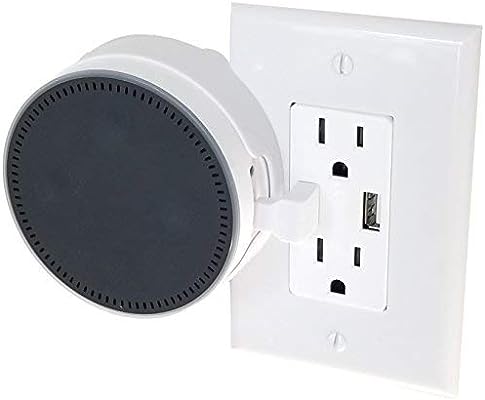 Here is same for Google Mini: 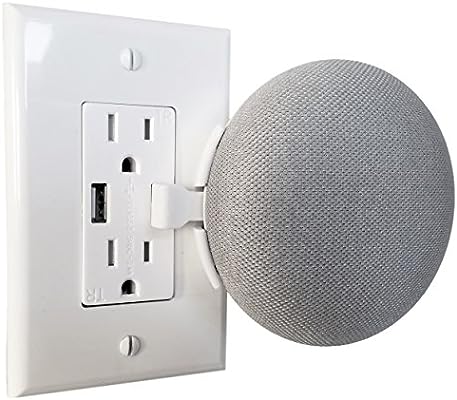 How do they get power? If they work well, and are safe, this looks like a winner! I will be using the decora style… Heck if they are safe and work well I will order 2 of them now!

Can you be specific to which one you are referring to? All I provided have links to describe power options.

This device claims FCC certification, but it wouldn’t fall under FCC jurisdiction as it doesn’t have anything that is transmitting.

I strongly suspect that they have copied language from another product when claiming their safety certifications. It just doesn’t make any sense, what they’ve said.

If you have this product, could you look and see if it has an FCC license number on it?

Sorry I dont have this product, I have many of the other I posted.

Can you be specific to which one you are referring to? All I provided have links to describe power options.

Sorry, not sure why but my quote didn’t carry over once I posted… But your link. That thing looks awesome.