Super excited that Amazon Echo arrives on the 28th. Now currently Smartthings isn’t a listed skill on the UK Alexa App. Does anyone at Smartthings (@slagle @Aaron) know if it will be there at launch on the 28th??

Smartthings was listed last time I checked. I updated with the UK app this morning. Ive since deleted and reinstalled it, smartthings is showing for me.

Im going to do a full reset of the Echo tonight and see if it is deffinitely connecting to UK services.

EDIT: Im not sure that everything is working well. As Ive had the echo set up previously, using the apk for the US app, it has clearly registered with the US services.

Now removing the app, and reinstalling seems to still log me into the US services. It would appear that until the Echo itself is reset and linked to the UK services, then the app will just take its lead from your echo and go to the US base. i.e. I can still see items like Dominos Pizza LLC in the app.

If the UK setup does not have smartthings then Im not moving over until it does.

it may be that because you already had it setup it transferred over from the US side. My US alexa account has migrated to the .co.uk domain. Smart things isn’t listed in the smart home skills section.

Yep - just thought of that, see Edit above - must have cross posted.

Im not going to try moving over to the UK fully just yet.

It will be interesting to see what happens when my UK echo turns up this week.

As I understand it a lot of Skills and the UK side is still being prepared, and its all due to be ready for the 28th.

That’s how I understood it to be, I just wanted to know if Smartthings knew if the Smartthings Skill was one of the initial launch skills

Something deffinitely isn’t quite right, as I can see smartthings, but cant see IFTTT - both of which I had set up and working.

Its as though I still have access to skills that are about to appear on the UK site, even though they arent yet visible in the app - but have lost connectivity to skills that aren’t going to be there at launch (IFTTT).

I think it would be crazy not to have SmartThings on the initial launch, they shouting about Echo for smart home, that said they are pushing WeMo and again when do these companies think about the needs of the user.

It appears I have got myself into a position which, other than one item, is OK for now.

I removed the app, reinstalled, set the language to British in the alexa app. I also set my music preference to spotify (again).

I’ve got home and alexa is taking with a British voice, she has the location and weather just fine, and has finally taken notice of me setting the default music player.

My smartthings is still connected and I can still turn on/off lights etc. I can even still send commands to IFTTT (although she still confirms this in a US voice).

The only thing missing is the ability to like directly to evohome. Though as I’m only doing this to boost the hot water via ifttt at the moment I don’t think I’m missing much.

Until the arrival of the UK echo this week forces any changes upon me, I’m leaving it alone.

I get the feeling the 28th is going to be a rather interesting (frustrating) day !

Should be a fun day !

I’ve got one arriving tomorrow too. Though my existing one is talking with a British voice and playing well with smartthings, so I daren’t take the plunge and reset fully as I’m worried if I do that I’ll not have access to the smartthings skill via the UK app.

Ill await feedback before doing anything to upset the status quo. Who knows what’s going to happen when I try and set a second one up in the UK when there is one that is attached to the US skill set.

Echo can only accept home automation commands for switches and thermostats

At the present time, the only home automation requests that echo understands natively is to turn a switch on or off, set a dimmer to a specific level, and some thermostat commands. That’s it. There is no way to control output to a specific speaker of any brand. You can use Spotify, but it only plays on the echo’s own speaker. (And I don’t know if Spotify is available in the UK.)

Fortunately, SmartThings allows you to create virtual switches which can then be used to initiate other SmartThings-controlled events

Because SmartThings allows you to create virtual switches, what people do is create a virtual switch to represent anything that they could ordinarily do through SmartThings, and then they can have echo turn that switch on or off, which could then trigger the desired events on the SmartThings side.

So first you have to set it up so that whatever you want to have happen will happen from SmartThings control. For example, I use Logitech Harmony to change my television to use my Roku to play Netflix. I set up a harmony activity to do that. Then I can use the SmartThings/harmony integration so that smart things could request that activity to start. Next, I create a virtual switch called “Roku” and set it up in SmartThings so that turning on that switch will start the harmony activity. Finally, I use the SmartThings/echo integration to turn on that switch.

So from Echo’s point of view, it’s no different than if I wanted to turn on a light switch. I just say “echo, turn on Roku,” echo sends the on request to SmartThings, SmartThings turns on the virtual switch, then because that virtual switch came on, smartthings asks harmony to run the Netflix activity.

But I could’ve called the virtual switch “kumquat” or “Horatio” or “home theatre” – – echo doesn’t actually control anything, and doesn’t know that the Roku exists. All it does know is that there is a switch named Roku and it is supposed to pass along the turn on or turn off request to SmartThings.

At the present time, echo will not play Spotify on any other device.

the Amazon DOT can be connected to any one speaker of your choice, but that just means that speaker plays all of its output

If you have an Amazon Dot, it has a cable out, so you could cable it to a different speaker but then it would always play on that particular speaker.

If you have a speaker which is available to SmartThings, that’s when it gets fun, but also complicated. If you can figure out a way to have it so that a switch turning on in SmartThings would end up with the result that you want as far as playing a particular playlist on a particular device, then you will have the option to make that switch Visible to echo and you would be able to turn the switch on by voice.

But if you can’t figure out how to do whatever you want just with SmartThings, before the echo is even connected, you won’t be able to do it after the echo is connected either.

For the purposes of home automation, including speaker control, at the present time echo just acts as a voice capture to pass along a command to SmartThings.

Sonos has already announced that beginning in 2017 it will have its own integration with echo which will allow for additional speaker commands with its models. But we don’t have any more details than that.

Presumably other speaker brands may do something similar, but nothing has yet been announced that I know of for the Samsung speakers.

I know that’s a long aswer, but until you understand the basic concept that echo is just changing a voice request into a command that SmartThings can understand, and that at the present time it’s limited to switches and thermostats, it’s very easy to get confused about what you can do with it.

I hope this information is of some use.

Thanks for your detailed answer, it certainly helps me understand the options and limitations.

Fingers crossed we get direct integration soon. One day, we’ll laugh when we look back at the number of smart hubs and workarounds we put in place to turn on a simple device.

One positive insight - it looks like Amazon will be selling ST stuff directly, and list the hub as ‘works with Alexa’, so even if it’s not there on release day, I doubt integration will be far away. 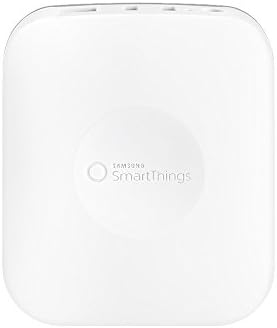 Just signed into my Alexa app and it shows my 2nd Echo and my 3rd Echo already in my account.

So as usual they are sending them out pre-configured to your account.

I’m having an issue with my US Echo (in the uk) that I cant seem to switch it over to a UK account - I can set location and change accent, however it will not link to my UK prime membership no matter what I do

Any one got any ideas?

Have you tried to de-register and then re-register the Echo ?

I did last night - Kept throwing me back onto the US servers.

My US and UK accounts have the same Email address which I think might be a problem, but when I tried to change the email address on the US account it changed it on my UK one too… (Annoying as hell)