+1 on remote pin administration sooner rather than later

+1 from me too. My lock is the one thing that’s stranded back on my old Z-wave system, because I can’t live with only two lock codes.

Is there an official SmartThings bug / request tracker, which allows users to submit and up-vote feature requests? If no, then that might be worth considering, to allow the development team to maintain a clear picture of what the frequently requested features really are.

The extra codes were the only reason I bought the Kwikset and set it up with Smartthings, let’s get moving

Until ST creates a way to do this I made a custom device type for the lock and a smartapp to change the codes. 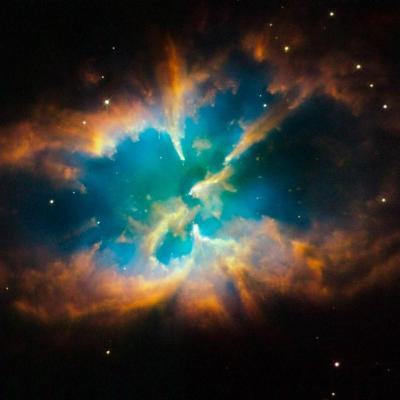 A Smartapp to change Lock Codes. Contribute to bigpunk6/smartapp.change-lock-code development by creating an account on GitHub.

Contribute to bigpunk6/device-type.lock development by creating an account on GitHub.

I’ll give it a shot tonight with my Kwikset.

I changed the device type and everything seems to be working like it did before.

I installed the app and the app but when I add the new code, it doesn’t seem to work. I see a log that says a new code was added:

But when I try to use the new code it doesn’t work. There’s also a “code” button in the details tab that doesn’t seem to do anything.

Hopefully @bigpunk6 can shed some light on what I’m doing wrong.

If you see New User was added in the log then it worked.

The code button was leftover from a test I was doing I removed it from github.

Ah… Okay, that make sense @bigpunk6. I wondered if it might be something like that. Does you keypad have two numbers per button?

Now, next question: Is there a way to wipe out a code? For instance, I’m thinking of writing a app that would create a temporary code for a user. For example, let’s say I’ve got a repair man who’s coming between 8 and 12 on a day when I’m at work. My program idea would let me specify a day and time. At that time it would “inject” the code. Then after the time allowed was up, it would remove the code. I could then give the repair man the code so he could get in the house during those times.

If there isn’t a way to remove the code, then I could simply over write a new code into it, but I’d prefer to wipe it out if possible.

@bigpunk6 you are awesome. We have a white hot laser on this behind the scenes right now focused on how to ensure lock status is correct and doing core codes management. Some fundamental improvements coming, and will love to work with you guys on further improving function once we have the basics nailed.

Separate question: in general, would you guys be psyched if we formalized open source and community contributions to the device handlers for all device types?

First of all, thank you for stopping in here and giving us your time. Second… “YES” is the answer to your question. The more tools and hooks we get, the more we can bend, twist, stretch and invent things. Which in turn will help grow SmartThings for everyone’s benefit.

What @wackware said… exactly. The more options the better.

Testing last night proved successful. Once I translated my code into all odd numbers and pushed it to the lock it worked perfectly.

Thanks much for your work on this.

OK, just started with Smartthings. I have the hub, 2 proximity sensors and 2 schlagge nexia locks on my mesh. I have gotten the smart apps to work for the doors to lock and unlock with the proximity sensors. Yeah!!

Now I want to be able to do the code assignments. Can someone walk me thru the process to change the device definition to the one that is listed above.

muddled my way through and created both the device definition and the smart app. got them installed and the app works with my Schlagge Nexia lock. Success and also much happier with with Smartthings can do.

Guess it is time to write a few more apps to play with.

That would be great. Until then it would be nice to know when things change like a blog post or version number in the code.

I updated the app and device type to allow you to delete users and some other small things.

I’m still working on implementing the scheduling within the Lock.

I tried getting these to work with my Nexia FE599 with no luck so far. The error message I get is:

I haven’t changed any of the code, though - @Scott - did you have to make changes to the code for the Schlage?

You must add that command as a custom command in the device type properties.

Instructions are in the read me on GitHub.