Difference between these two generations of SmartThings motion sensors?

I bought the first motion sensor a year ago from Bestbuy. It’s the one on the right in the picture. It is very sensitive and responsive. The new one I have on the left bought from Samsung. It is supposed to be the newest version but it’s less responsive and does not seem as sensitive to motion. I guess my question is what are the spec differences since the new one has a bigger eye but is less sensitive to motion. 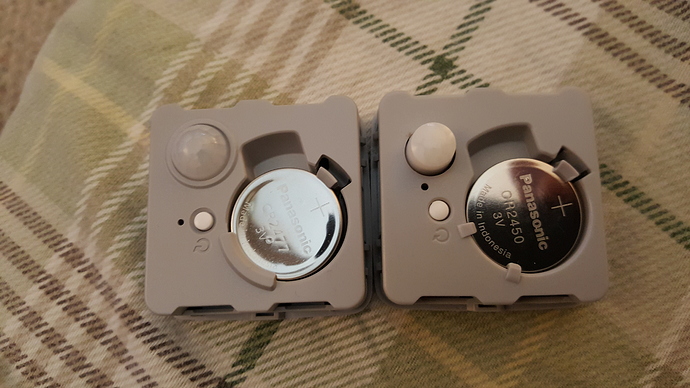