Just a question that popped in my head.
As I’m setting up some new GE Zwave switches, I started to name them as ‘Hall Light’ or ‘Kitchen Light’ because of what they are controlling. Then wondered if I should name them ‘Hall Switch’ or ‘Kitchen Switch’ based on actual device type?
I know it’s a personal preference thing but wondering what most people think about that, especially when using Alexa or Google Home voice control.

Personally, I name all my devices by “type - location”. So, using your example I would have “Switch - Hall Light” and “Switch - Kitchen”. All my smart bulbs are in this format as in “Bulb Lightify - Nightstand”, “Bulb Sengled - Living Room”, etc. That way, all similar type of devices are listed together in smartthings. Works great for me.

I know it’s a personal preference thing but wondering what most people think about that, especially when using Alexa or Google Home voice control.

What I’ve found is that they Echo devices don’t like things to be named the same all that much. So if you have three things called “bedroom” then that’s going to be a problem. Personally I’d also avoid using “light” in the name of the devices. I tend to name my stuff after the room that the device is located in. So for my three bedrooms with GE switches instead of calling them Bedroom 1, 2, and 3. They are Master, Guest and Office. Then for the command to turn on the lights in those rooms, if I am in the those rooms I can just say “Alexa, turn on the lights” and because of the Alexa groups it will just turn on the appropriate lights in that room. But the rooms are different enough so that the echo does not ask me “which one did you mean?”

To group them together in the ST app I preface all the names of the devices with what they are. So switches are “SW Master” or “SW Office”. The Echo does not have any problem ignoring the prefix at all. Meaning that if I just say “Alexa, turn on Office” the lights come on.

Use regular common names and be kinda specific as to what rooms they are in. I have found this to be the best approach for voice control. Think of how you would normally talk if you were talking to a Human. I wouldn’t say, “Ron, Turn Off Switch-Bedroom1”…I would say, “Ron, Turn Off the Boys Room Light”…

Notice the bold naming above. I don’t have to say “Kitchen” in front of some of these because there are no other lights that have those names such as cabinets, Sink or Island, etc. in them so Alexa knows that I am talking about Kitchen Cabinet Lights, etc… when I say “Turn On, Cabinet Lights”

However, you can name the devices whatever you like and in the Alexa App, you can create a group and rename that devices to a voice friendly name.

Finally, You can have an echo devices for each room and put the lights for that room in a group with the echo device for that room. This allows for just, "Alexa, Turn On/Off Lights!

This only works with Lights so far. Waiting on the ability to say, Fan, Heater or whatever without having to say the room name in front of it. 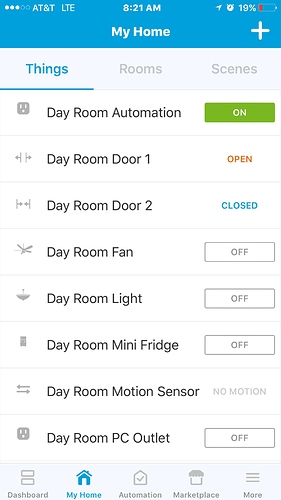 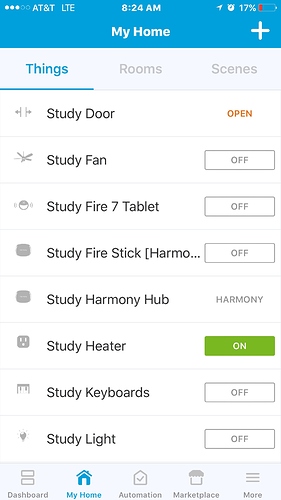 What I’ve found is that they Echo devices don’t like things to be named the same all that much.

I name everything by what I call them unless my wife calls them something different, then they are named what ever she uses. We almost never use the app to control things just alexa. As a matter of fact, I don’t think my wife has ever opened the app. But we have Echo dots all over the place and a couple wands that rarely get used.

I agree. My bedroom has at least 20 devices that all start with the room name first. Hardly ever have issues with it. In earlier days, Alexa did alot of misfiring, but the voice recognition is much better now and even better when you voice train “her”.

For some reason Alexa did not like “Iron”. I ended having to make a group called “Aron” and put the iron in it. Since then, I just have a button that I click to turn it on so even that is no longer an issue.

I have not had this problem.

I agree. My bedroom has at least 20 devices that all start with the room name first.

Alright…let me clarify what I mean…

Yes, if you tell the Alexa the full specific device that you are talking about it works absolutely fine.

However, what I mean is that if you say “Alexa, turn on bedroom” and you have 5 things that start with bedroom the device isn’t going to guess which one you meant. It’s going to ask you. So if you want to keep the commands you use simple, then don’t name things the same.

Well of course. That should be understood.

What I am saying is:

If you have 4 ceiling fans in 4 different rooms, what I have found to be the simplest naming method is.

If you have multiple devices in one room, they have to be all named differently but still using the same “Name of Room” “Common Name of Device” theme.

I know that in most of my rooms there is at least a Light, Fan, Fire TV and maybe a PC. I don’t have the time or energy to find a unique name for all of these similar devices. Putting the room name in front of the common name, keeps it simple. 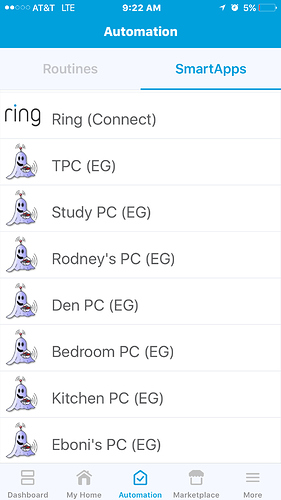 Still waiting for the ability to put these in Alexa enabled groups and be able to just say, “Alexa, turn on the fan” while in that room talking to the echo device assigned to that room. Until then, best to just say the room name and the device.

I agree with you on the Bedroom 1, Bedroom 2 thing. That’s a no no. Just like you said, Guest Room, Master Bedroom, etc… will keep the confusion down.

Still waiting for the ability to put these in Alexa enabled groups and be able to just say, “Alexa, turn on the fan” while in that room talking to the echo device assigned to that room. Until then, best to just say the room name and the device.

Yeah, I agree with this. it would be nice if they could add “fan” as a key word for a device as they use “lights” now.

You also came to the same conclusion for naming devices as I did. It seems most natural to say “room name” then “device name” when you have many of the same thing.

For the record, I was never trying to advocate for coming up with unique names for every device…yikes…that would be quite unrealistic.

I always like to start my devices with a 0-9 device type then name.

My syntax is “1S - Kitchen Cabinets”

The # also corresponds to the # of the room “id” So at a glance, I know this is in the kitchen and a switch (S.)

I appreciate all the feedback and ideas.
For the switches that are directly controlled by ST, I have them named as “Room” + “Device Use”, such as:
Dining Room Light
Boys Fan
Kitchen Fan
Kitchen Lights
Hall Light
etc…
The problem I have is with the lights that are controlled by Hue. 2 reasons.

Since Alexa imports everything from Hue, I’ll need to delete all the Hue rooms and leave the bulbs. Then work on grouping the bulbs and switches in ST and Alexa. At least I can limit what ST sends to Alexa so I don’t get duplicates.
The drawback is losing the native Hue app functions to change lights to Dimmed, Bright, Relaxed, etc with the touch of a button. In ST I’d have to create every one manually for each bulb as Scenes.
Boys Room Dimmed (scene)
– Bulb 1, set brightness and color temp, then same for Bulb 2, and again for Bulb 3.
Boys Room Bright (scene)
– do all 3 bulbs again.
Imagine doing this 5 times for each room @ 10 rooms. That’s 50 scenes to create.
In Hue at least they are all preset, just hit the room and pick Bright,Energize,Dimmed,Read,etc. Granted the end result may be the same, but the path to it is longer and very tedious in ST.

Not a Hue expert but there is this:

Trend Setter - A SmartApp for grouping devices Read First I am not usually one for releasing stuff I write because I am my own worst critic and usually self destruct before putting anything out into the general public (I’ve revised this post more times than I’d like to count). I am trying to change that behaviour… Although I am a software engineer by trade, I am not a Java/Groovy developer so I may not have written some of the code in the most efficient way. I expect this to change from feedback and as my knowledge grows. I tend to find I use the app to control a lot of things more than anything else so this is useful for that. I have only used this on an Android phone and can’t be sure how it’ll behave on an iOS device due to the parity issues between Android and iOS apps so give no gu…

@rontalley could not have said it better. I have organised my naming convention in the same way as it is the only way to remember all the names of the hundreds of potential devices.

For Hue, since I can’t find a way to stop Alexa from importing the lights that are already imported via ST, I either disable them or the Hue light imported from Hue has “Hue” in its name while the same light in ST has “mood” before light. This way they can both coexist without having to disable devices in the Alexa app.

I have had issues with other systems, ie Sonos, giving their speakers names such as “kitchen” or “living room”. Given the device name length possible in the Sonos app is limited, I add “Sonos” to the name of all my Sonos speakers in the Alexa app to reduce issues with devices in those rooms. As others have noted all the devices in kitchen are particularly troublesome often resulting in an error regardless of how I name them (format: kitchen + device name).

To group multiple Hue/LiFX lights together I am using webcore but I have yet to iron out a few issues.

There seem to be two camps in this thread: 1) those who name devices so managing them in the app or IDE is simpler and 2) those who name their devices with vocal commands as top priority.

The more devices you have, the more critical it will be how you name them and/or what approach you take.

You can have an echo devices for each room and put the lights for that room in a group with the echo device for that room. This allows for just, "Alexa, Turn On/Off Lights!

can you do it with google home I can say “turn on living room lights” (room called living room but devices called front room) and 3 lights turn on. what I want to do is say “turn lights on” to the home in the living room and her to understand where I am?