Bought Sonos One yesterday, and started fiddeling around With Alexa for the first time. In this regards I think I have to rename my lights and switches seeing as they are in a non-supported language and probably poorly named. For now it looks something like this (translated):

Thinking that this will get me in trouble down the road.

Any inputs on whats a good way to name my devices?

I have run into the same issue with physical devices a lots of rooms with devices. So I settled on scenes with virtual devices to use for voice command:

All my rooms have the same scene profiles:

On - Normally what the room would look like when occupied and dark out side
Bright - Light it up baby
Idle - Unoccupied but background lighting when dark
Dim - Special mode when watching movies, baby room, etc.
Off - Everything off

And don’t forget once that virtual devices turns on it needs to be set back to off in your scene.

The easiest way to find these is to look on the quick browse lists in the community – created wiki. Look down near the bottom of that page for the “project reports“ section and then choose the list on “voice“ and you should find a couple.

I give lights a name that corresponds to the room they are in. Light in the loft is simply called loft, bedroom light is bedroom, porch light is porch, etc. I group some devices together. Bedroom and loft are in a group called upstairs to quickly turn on/off/dim the lights on the group at once.

If there are multiple devices in the same room, then you might need to get creative. Call your devices something easy to remember like window, chair, and piano. Group all your living room devices together. Alexa doesn’t care if window device is a lamp or an outlet, but its something you will remember and not confuse it for something else. 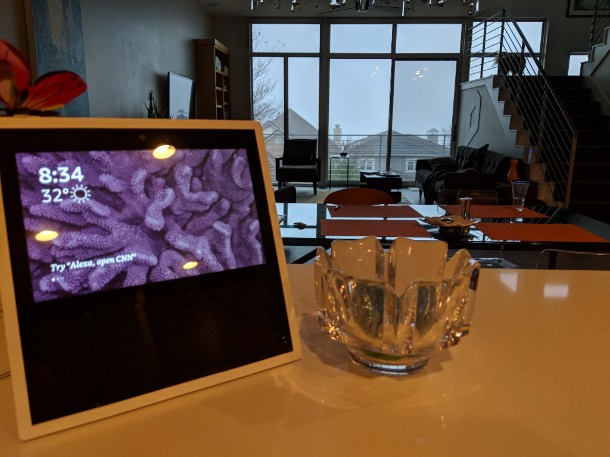 Ever since the Amazon Echo got smart home capabilities back in 2015, I’ve been advising people to buy one along with a smart bulb or outlet so they can start living a life of greater convenience. For those curious about the smart home, the combo...

Why not use an Alexa routine to execute the same action but with a phrase that sounds much more natural?

The more distributed the configuration the harder to maintain. But I do see your point. I am trying to keep as much as native in ST for just devices, and webcore for execution. Alexa is just a interface like Action Tiles or a pushbutton remote.

Thanks for the replies folks.
I understand that different households require different setups.
After reading around, especially under “the project reports” section (thanks @jdroberts), I have gone for Room + Device:

I have also grouped everything in rooms in ST.

In regards to Alexa and turning on/off/dimming individual devices this Works. Next up is figuring out how I would like to use Alexa. For now I think simulated switches is a good way to go for me, making Alexa turn them on / off which then triggers a piston in Webcore with specification on what to do. I am open for inputs on this matter as well, feel free to share if anyone has some tips.

You can also create groups in Alexa. So you can put all your living room devices in a group and then say “Alexa turn off the living room”. And the same device can be in several groups.

second the point on making Groups.

I name my Echo after the room it is in (ex. Living Room)
and I make a group called “Living Room”
If there is one light in that room, I call it “Living Room Light”
If there are several, I’ll use Lamp or some other word to differentiate them.

Note, that when calling for specific light and they all start with “Living Room” Alexa can sometimes get confused.

Once you have the Groups in place, one thing gets a lot easier. When you are in the living room and say “Alexa, Turn off the lights” it will turn them all off in that group, aka Room.

No need for the Off Scene.

Yep. There are three very good reasons for using groups in echo.

Creating a Control Group so you can use a generic command

At our house, We name these “{room} control group” so we know that group was created only for the purpose of allowing that echo device to control those specific lights.

This has been great for visitors, because anyone can walk into any room and say “Alexa, turn on the lights” and only the lights assigned to that echo device’s control group come on. Much simpler than having to teach other people the names of the different devices – – or even the names of the rooms.

Amazon calls these a “smart home devices group.“ At the present, you can only include certain kind of switches and lights, but you cannot include a thermostat, for example. But it is still very convenient.

And of course with SmartThings, you could include a virtual switch in the group, and then have that virtual switch coming on trigger anything that smartthings Can do.

At our house, we are three housemates. We have one small room with bookcases, a desk, and a reading chair and not much else.

So in Alexa so we set up three different groups (One called “office”, one called “study” and one called “den” with the same devices in each group.) so the voice commands work for everybody, even though we are each using different commands.

We also use groups to create functional zones so we can turn a set of devices on or off together for particular kinds of activities. For example, I have a group called “bedtime“ which has just one light from the living room, one light from the hallway, and one light from my bedroom. So when I am ready to go to bed, I can turn off the Living room lights, but turn on this pathway of lights so I can see my way as I go to my room.

We might have another group called “downstairs” which has all the lights from the downstairs area Except for one light Near the entryway which we leave on.

We might have another group called “bedroom main lights” which turns off all the lights in the bedroom except for one nightlight.

And we might have still a different group called “Milo” (Named for Milo the dog) which turns on one light in the bedroom, one light in the hallway, and the yard light. Used when we want to let the dog out late at night.

And there might be one single device, a table lamp in the bedroom, that was in all of these groups.

So sometimes you group by activity rather than by location.

Amazon’s implementation of groups for Echo is very flexible, and can be used in many different ways.

Do you (or any one else) have some input on this? Will perhaps getting an Echo Dot in addition aleviate this, since there then would be a supported audio device?

Reading your post makes me think that groups are a better alternative than routines, as things are now. Say if I create a group called “bedtime” or “movietime” or “daytime”, what would I call out? “Alexa, turn on bedtime”?. Also, is it restricted to on/off? Say I want “movietime” to turn off something, on something and dim something…How would I go about to do this?

That doesn’t sound right. A virtual switch should just look like a light switch to Alexa. Also, are you talking about echo routines or smartthings routines?

But we are starting to get off topic for this particular thread title, which would confuse people in the future. So I suggest you start a new thread in the webcore forum or in the webcore section of this forum and then people can look at your actual setup and piston to see what’s going on.

Each of the lamps in the Living Room have 2 60w Sengled Smart Bulbs.

There is another lamp in the Living Room named “Small Lamp” that is not added to the group, because we don’t want it to come on when we say “Lights On”.

The Motion Detectors are added to the Groups because they also monitor the temperature.

We can ask about the Living Room temperature from any room.

I am talking about echo routines.
The problem is not spesified to Webcore. It does not matter what i put in the routine, as long as it is anything from the “Smart Home” category. I have tried with a specific device and also With a virtual switch not connected to anything in ST or WC.

But you are right. This is off topic. I will create a new topic for this.

But feel free to enlighten me even more on groups and the possibilites they have.

I rarely use groups in Alexa. Mostly I group similar lights with virtual switches. For example, I have two lamps in my Living room. I created a virtual switch called “Living Room Lamps” which I can turn on and off with Alexa. However, groups are handy for setting colors. For example, I have a flood light fixture with two RGB bulbs. I put them in a group called “Flood Lights” and I can say “Alexa, set flood lights to blue”.

I used to use groups for larger groups of lights, for example, I had a group called “Backyard” so that I could turn on the flood lights, porch light, pool light and landscape lights all at once. However, I found scheduled automations to be much more handy.

After the Alexa and Google home integrations were updated in June 2020, any special characters in a device name, including apostrophes, will now be stripped out before the device is exposed to the voice assistant. This can lead to a lot of frustration if you don’t know that it’s going to happen.

If you have the right kind of mind, you can train yourself to say “Michael lamp“ instead of “Michael’s lamp“ but not everyone can do that.

Otherwise you’ll just have to come up with a name you can remember that the voice assistants will accept.

Very helpful update but I just don’t have that sort of mind @JDRoberts, my minor OCD “does not compute”: Jim’s bedroom light; Jim’s bedroom speaker; Jim’s bedroom heating - multiplied by 5 bedrooms. So we have to choose "Jim Bedroom or Room of Jim? Sigh.