03/15/2021
This integration no longer works. Pentiar decommissioned the Link2O app. The new one has all new api calls and I do not have the time to reverse engineer that one so this integration is dead.

This is my first “from the ground up” device handler. Suggestions and comments are welcome!

This handler exposes the relays that can be controlled via the MyLink2O web site as simple switches in SmartThings.

Complete instructions can be found in the GitHub wiki below. 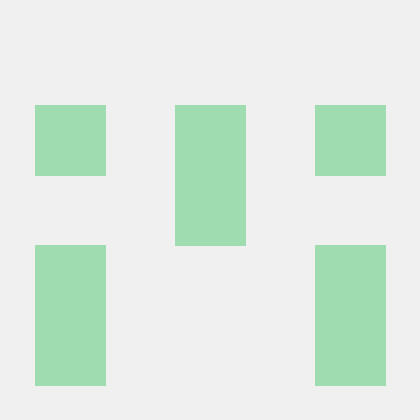 SmartThings Stuff. Contribute to Timeteo/timeteo-smartthings development by creating an account on GitHub.

Tim, this is pretty cool. Are you still using this integration with your own Pentair Intelliconnect system? This really connects the dots in terms of additional automation I wanted with this product.

Hey @Timeteo! I just installed an IntelliConnect. I’m thinking of hacking up your implementation to provide more features. I noticed in your documentation screenshots that you don’t seem to have a pump, salt chlorine generator or heater connected to your IntelliConnect. Is that right?

@pcjackson06 I am still using it. Mostly just to allow easier access to turning the light on and off. At some point I may do more automation but I will need some other relays to tie into other equipment and I haven’t felt that motivated yet

@cjisndenial Hack away! I do have an iChlor hooked up to an Intellichem (that is what I really want to get readings from to monitor without standing in front of it but never figured that out. Debated upping to a EasyTouch w/Screenlogic but haven’t pulled the trigger).

Please keep me informed of your progress!
Thanks

Hey Tim! My setup is simpler than yours. I have a Pentair IntelliFlo VS pump, IntelliChlor SCG, MasterTemp heater, GloBrite lights. Pump and SCG connected to IntelliConnect over RS-485. Heater on the heater connection. Lights on Relay 2.

For your system, I think you would be happiest with a minimum of EasyTouch. Or, if you had an IntelliFlo pump (which has RS-485) instead of SuperFlow, you would probably be set.

RS-485 is a shared bus. So your IntelliCenter and SolarTouch could both communicate with an IntellFlo simultaneously. But with the SuperFlow, using multiple dry contact relays for control, only one device can control the pump and its speeds.

If I had to guess, you were setting the IntelliChem relay on the IntelliCenter as “flow dependent”. Because the IntelliCenter didn’t control the pump, it didn’t know when there was flow. But the IntelliChlor does fire off warnings when there is no flow over RS-485, and that probably sent the IntelliCenter into a “no flow” state, and turned off your relay. But that’s just conjecture on my part. Your install really isn’t “supported” by IntelliConnect because your pump requires SolarTouch control.

If you want to talk about this more PM me.

I just had this system installed and am attempting to go through the instructions but the code doesnt seem to exist any more. Can you check and see if there is an issue with the link?

Thanks for your efforts here!
Brian

This integration no longer works. Pentiar decommissioned the Link2O app. The new one has all new api calls and I do not have the time to reverse engineer that one so this integration is dead.

Damn! Was hoping to use voice to control pool etc… Thanks again! And thanks for the prompt reply!