I have a chamberlain MyQ garage door opener. It uses a proprietary system for remote access. Cant use a relay to trip the door, since it uses serial communications from the button to the door.

So, for now I have been using its app. But i would much rather it be integrated into Smart Things.

With some research, I have found some info on its unpublished API.

I have been able to make the GET API calls using a webbrowser with no problem and can see check the door state. So I know the API is working. Not sure how to test the POST in a browser to open and close the door.

I have a little knowledge of device files and smart apps. Mostly from making minor changes to exisiting ones to customize them, however I do not know what to do to start from scratch and create the device.

Can anyone help me?

For testing API calls, check out Postman (https://chrome.google.com/webstore/detail/postman-rest-client/fdmmgilgnpjigdojojpjoooidkmcomcm?hl=en). It’s a webapp for Chrome that I use extensively when integrating apps into ST.

Maybe this will help?

Jeff
That was where I started. It has the API calls for checking status. I found more about the API in the Mi Casa Verde forums where they created a plugin to open and close the door.

I have the API calls for status working in a browser and in Postman. Still trying to get the call right to open the doors.

However, I do not know where to go from there for creating the device type

Any luck on the device type for this? I don’t know who had one written up and ready to share.

I thought there was a reply about this working on the old board, but looks like it got lost in the migration.

Any updates on this?

yes, there was a post last week, before the migration that someone had finished designing a device for MyQ and was going to finish testing it and post it later that day. The forum migrated soon after that and all was gone. I hope that whoever had a device handler will post again!

it was a guy named Adam, and he said he would post it on github when he was done…

i searched github and found the project he made for it, but he hasn’t posted anything for it yet 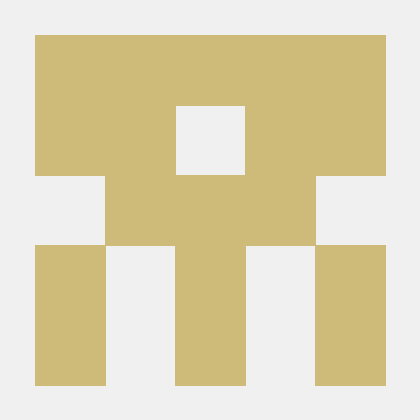 MyQ Integration for Smart Things. Contribute to adamheinmiller/ST_MyQ development by creating an account on GitHub.

Nice find! Hopefully he comes back to the forums and posts his code up. I think there are quite a few people that would like to see and get this working!

I picked up a MyQ Internet Gateway and Ecolink Tilt Sensor and have been playing around with the unofficial API. I’m ready to start coding, but don’t want to duplicate any effort that Adam put forth. Does anyone know how to get ahold of him?

i just got a reply from today on github
he said:

Yes, in fact it’s done. I should be able to post it tonight. The new overhaul of the iOS mobile app was released as I was finishing, and I had to find a few workarounds to make it behave better with the new sluggish/buggy UI. There is still an issue or two (specifically with the main ‘Things’ display randomly showing the wrong door state) but I’m not sure I can do anything about them.

here is a link to the post (click on the blue link that says “no message” below):

he posted the code!

MyQ Integration for Smart Things. Contribute to adamheinmiller/ST_MyQ development by creating an account on GitHub.

Edit: It is working and works great! Make sure you put the correct garage door name in the preferences. I put mine it wrong the first time and the app got upset. Had to edit in the IDE, but not it works. Also, my openers name happened to be “Garage Door Opener”.

Awesome sauce. Now I can cancel my order for the tilt sensors for my other two doors!

Sorry for leaving you guys hanging; the forum migration, holiday weekend, travel and their app update ruined my timely delivery.

The thread I started for the project is here:

I just finished and published a complete Device Type for integrating MyQ garage doors into SmartThings. You can get the code for it here: It’s a 1.0 version, but it should be pretty stable. The newest major release of the SmartThings app has caused a few issues, specifically some odd behavior when reporting the door status while on the overall “Things” window; refreshing or opening the detail view for the door will display the correct status. For this to work you will need to have doors that you can already control via the MyQ mobile app, as well as the username, password and door name’s used in MyQ. The type exposes an attribute that contains the current door status: Open, Closed, Opening, Closing and Stopped; as well as two custom commands: Open and Close. It also implements …

If you have any questions, comments or feedback let me know - thanks!

Edit: It is working and works great! Make sure you put the correct garage door name in the preferences. I put mine it wrong the first time and the app got upset. Had to edit in the IDE, but not it works. Also, my openers name happened to be “Garage Door Opener”.

I should notate that on GitHub as well; since their app update I had issues using the iPhone app to change the preferences as well. Mine was an issue with the password.

no matter what i do it always says door not found and im positive i got the login info correct and door name correct as well. i made sure all the info in the preferences were correct in the IDE as well and tried deleting the device and recreating a few times…no luck

this works with this device right?
http://www.chamberlain.com/smartphone-control-products/myq-garage

Also, I’m wondering if there is another or different capability we could add so that we could add this to the door dashboard? I would like to get alerts or be able to set auto open/close stuff with it, but it doesn’t seem like I can do that currently.