If you've got a house full of smart home devices, Cortana just got a whole lot handier.

However, maybe Cortana will be able to do what Alexa enabled devices cannot do at the moment which is envoke text to speech responses and/or envoke commands based on routines…

Will definitely be playing around with this.

Certainly Cortana will do what Alexa does, just say Cortana, tell Alexa to tell SmartThings, to tell Living room to tell the light to turn on. Lol (Cortana-Alexa integration was announced a while back)

I think this will be, “Cortana, turn off the light”…

Cortana, turn off the light

Ha, I have Cortana on my Android phone and can control ST. Set up was a breeze. Big dilema now. do I say, hey: Cortana, Alexa, Google or Bixby?!? Hmmmm

You got a Main Chick and several Side Chicks!

I figured somebody would have announced something officially. I was just laying in bed reading through my Google feed & came across it, right after the delay of Teslas because they’re shipping all the batteries to Puerto Rico. 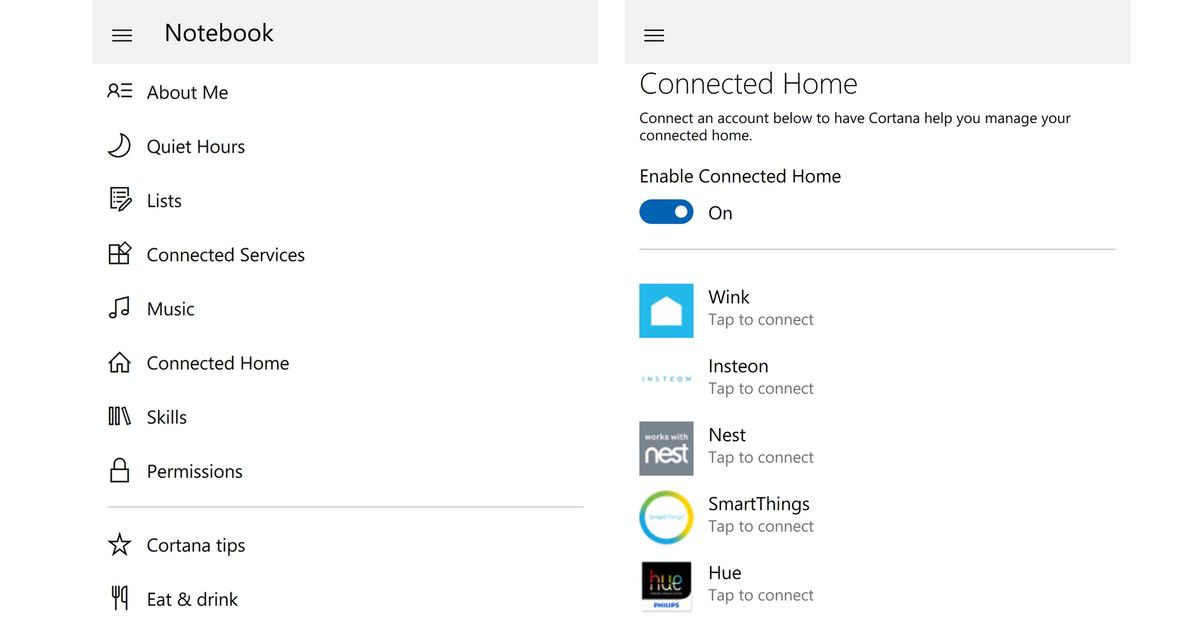 Windows 10 users are going to be able to treat their PCs more like smart home hubs. Windows Central reports today that Microsoft has added a "connected home" section to Cortana. From this new menu,...

But how do you remove it once you try it?

I tried it out. It feels like Alexa on my PC, don’t need that. Turned it off on my PC, but notices a Microsoft App under Automation/SmarApps. There isn’t an option to remove and it doesn’t show up in the SDK

Has anybody found a list of what Cortana can do? I can turn lights on and off easily. But can i arm/disarm set a scene, ask for status? I have been searching but no listing other than generic Cortana commands.