There is something much more fundamental at play here with the Z-Wave locks under EDGE.

Putting aside the code-name clearing issue on the BE469 for the moment, now that we have the ability to set the code names via the API, we should be able to use them when evaluating lock events as well, correct? But neither driver is returning the codeName correctly.

To confirm, I first checked via the CLI to ensure that the names were correctly set (in this instance, on the BE469ZP).

I then unlocked the door using John Doe’s code and checked the event log. Note the codeName (in boldface) that was returned in the data attribute.

If this were working correctly, codeName should say “John Doe,” not “Code 1.”

Sorry to keep drumming on these locks, but these are serious issues for lock automation. @andresg we really need a response and some attention given to this.

It’s not clear to me if the lock itself is storing the lockCodes or if they are attributes of the lock that are part of the ST Cloud/API platform. It’s clear the event is returning a codeName that doesn’t match what is stored in lockCodes, but whether there is a mapping function in either the platform or an accessible method for the drivers to do that mapping is available or not. @philh30 might be able to provide some insight on this.

I don’t think philh30 can shed any more light on this. His driver is just the stock driver with the ability to set the stock parameters with in the driver itself.

I haven’t taken the time to fully digest what the default handlers are doing with code names. They’re definitely storing those names in a field within the driver, and there’s logic to name it “Code 1” if the driver doesn’t already know the code name. I’m guessing what’s missing is logic for the driver to pull names from the lockCodes capability, which is where SLGA is populating names.

This is the line of code that sets the local variable code_name:

There is special handling for code_id of 0 to map code_name “Master”.
Once code_name is set, it is passed to the event message here:

LockCodesDefaults mentions lockCodes which could be the same structure where the codeId to codeName mappings are stored, but I’d have to find that code to do some more digging. 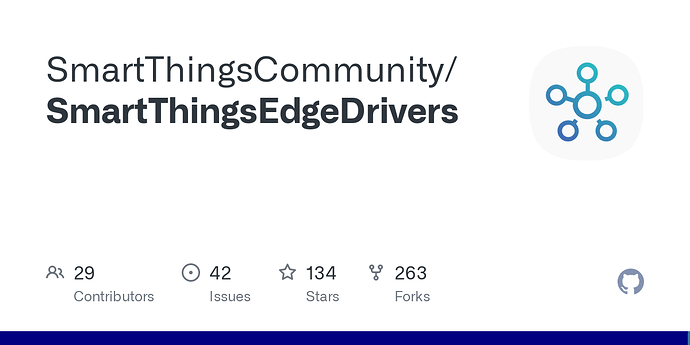 Ok, so here’s the code for getting the codeName:

And the routine it calls:

Not sure how to read all the conditions in the If/Then, but it looks like it’s falling all the way to the last else where it returns “Code” concatenated with the code_id. @nayelyz Since we can see the codeName in the set event and we can retrieve the codeName array with code/name pairs present, there is clearly something messed up in the logic of the default handler’s name retrieval methodology since it falls all the way to the final behavior of the logic. What’s the best way to report this bug?

Not really my thing, but I find myself more intrigued by this code in the lock notification report …

I can’t get my head around how that code could be right. I want it to say ~= nil.

As it stands I see:

Just as a contrast, here is the corresponding code for Zigbee.

In contrast to the Z-Wave version, this makes sense. It sets the name to ‘Code x’ and then replaces it with the slot name if there is one defined.

In contrast to the Z-Wave version, this makes sense. It sets the name to ‘Code x’ and then replaces it with the slot name if there is one defined

And you said this wasn’t really your thing.

Not really my thing, but I find myself more intrigued by this code in the lock notification report …

I can’t get my head around how that code could be right. I want it to say ~= nil.

As it stands I see:

Think you could be on to something. I’m not really good with GitHub or I’d do a PR to get the change added. @philh30 could you do a PR on the library repository to make this change?

I’m not sure that PRs from the community are productive (and the Lua libraries aren’t posted in a format conducive to them). Grabbing the attention of developer support on the forum has been the best way to get these sorts of issues corrected.

I’m not sure that PRs from the community are productive (and the Lua libraries aren’t posted in a format conducive to them). Grabbing the attention of developer support on the forum has been the best way to get these sorts of issues corrected.

Yeah, I just figured out the libraries aren’t in a public repository anyway

Hello, I am somewhat dubious about the file st/zwave/defaults/lock.lua in the v3 Lua libs, specifically line 78 which reads:

That is supposed to extract the name of slot code_id, falling back to to ‘Code code_id’ if there isn’t a name. I would suggest that what it actually does is evaluate to ‘Code code_id’ regardless and it probably should be ‘~=’ in the first comparison.

That code is part of the default lock notification routine and it would explain why the code name isn’t making it to the event data for Z-Wave locks, which seems to have been exercising a number of users in this thread. The similar routine for Zigbee locks is expressed differently and correctly and I assume it works fine.

Would you mind running your eyes over it and reporting it if necessary?

To follow up here, @philh30 has addressed the issues I raised above, specifically the codeName clearing issue on the BE469, and the lock/unlock events returning a dummy codeName (i.e., “Code 5” instead of “John Doe”) in a beta driver I’ve been testing the last few days. See his post below for info.

The older non-ZP model? @bthrock has been working on the lost code names with me over PM and reports that they’re staying put now on the beta driver. I’ll move those fixes over to the non-beta driver when I have a bit of time. For the settings menu follow @h0ckeysk8er instructions regarding filling the code length field. It’s a ST bug that you need to fully fill in any unpopulated fields in the settings menu for any changes to take - nothing I can do about it.