Going through my list of devices in SmartThings IDE to see which are CLOUD vs LOCAL processing ahead of the 20.16 update. All of my devices are LOCAL, exept WiFi devices (as expected) like WeMo and Honeywell Thermostat… except two Monoprice Motion Sensors (with Temperature), which are surprisingly listed as CLOUD.

Is there any way to change this to LOCAL processing?

Listed in IDE as Z-Wave Plus Motion/Temp Sensor and ACTIVE status (vs ONLINE like every other device is listed). When going to EDIT, can only change the device type to something else. Is there a better type listing for this device? 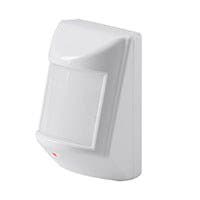 This passive infrared (PIR) sensor detects motion and sends a Z-Wave® trigger signal to the network. It also detects changes in temperatures and reports the temperature to the network whenever a significant change has occurred. It also has a...

That device handler probably isn’t eligible for local execution yet.

I think there is still no official list, but you can look at this thread for a list of handlers that have been confirmed to work locally.

With recent hub firmware updates, they have been adding additional device handlers for local processing. For example the most recent one added z-wave plus contact sensor.

If your current device handler doesn’t run locally, try a similar one from that list above. You may not get both motion and temperature reports from it, depending on which handler you change it to.

Thanks for the suggestion - will try setting as similar Z-Wave motion sensor devices that are reporting as LOCAL to see if that works after my hub is updated. Do not need the temperature reporting, but was useful to check on occasion.

Doubt we’ll see an official list anytime soon. Hopefully that thread is updated and condensed - way too long to sort through for this “simple” issue. Would just replace the two sensors with others that are reporting as local, if that is what is necessary. Wondering if Z-Wave Plus vs Z-Wave is a contributing factor?

Hopefully that thread is updated and condensed - way too long to sort through for this “simple” issue.

The original post gets updated from time to time by the creator of the thread.

Changing the Monoprice Z-Wave Plus PIR Motion Detector with Temperature Sensor to a standard Z-Wave Motion Sensor in IDE does “fix” the cloud vs. local issue. As expected, no longer getting temperature reporting by doing so. Having all motion sensors process locally rather than mixed is worth the tradeoff for Smart Home Monitor at this point. Hopefully can have better control if/when there is another outage.

Keep an eye on the hub firmware updates, maybe they’ll add a z-wave plus motion/temp handler that runs locally.