I’m looking for the cheapest speaker that will connect with SmartThings. Nothing fancy, just something I can use as an alarm and to play music. If a $200 Sonos/Bose speaker is the cheapest thing, so be it, but I just can’t help but feeling I’m missing a cheaper alternative. I’m sure the Sonos speakers are awesome, but the price is not.

I was hoping the Echo would fulfill that role, but from what I can tell it can’t be used as a speaker.

The echo can definitely be used as a Bluetooth speaker. The issue is that it doesn’t support TTS ("text to speech), all it can do is act as a realtime streaming speaker for another device. So you have to set up some other device to decide what sound file to send to the echo and when to send it.

You can also just use any cheap android device for voice notifications, Among other things, that’s how LANnouncer works.

The newest version of LANnouncer is up, now including the ability to be triggered by IFTTT recipes without SmartThings in the middle. Of course the primary features of providing Android Text-to-Speech and sound effects to SmartThings and using the camera (and receiving shots from IP cameras) are still there. Check out… The KeyBounce website, which includes instructions The IFTTT instruction page for LANnouncer The Google Play Store entry for LANnouncer (or you can download it from the website above) The original beta discussion thread for LANnouncer The original release thread Installation with SmartThings requires an ST Device Handler and the Android app. Optionally, for SMS notifications, you can add this SmartApp to your SmartThings installation also. Important: The IFTTT integ…

For other devices see the following list. It has both very cheap and very expensive speakers.

And this for just the cheap ones, but it hasn’t been kept as up-to-date as the master topic.

If you have a Mac, just use ObyThing. Have an old cell android phone laying around? Pick up Echo and connect it to your phone. You can do the samething with a Raspberry PI. Plenty of options. I personally would buy and Echo before I bought a sonos speaker. 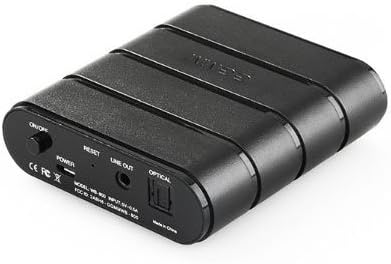