Better yet, lets just work with the developer to bring their code and creation into SmartThings.

There are some pretty good DTH implementations out there – as well as some crap! Bringing in features from some of the better ones to improve upon existing ‘official’ functionality would be awesome!

Everyone has a favorite device (mine is Aeon multi sensor 6) they would love to run local. You have talented developers in the community who would gladly give the code to ST. Corporate America rewards executives who “manage” expenses and actually deliver product.

Seems like a no-brainer, assuming you can manage all the players

Any details…update, ANYTHING on the status of this functional integration promised at CES 2016?

It is going to be a key product of the new nvidia shield.

Not much in the way of zwave announcements this year.

In addition to the Jasco/GE battery operated switches, Jasco also announced two new zwave plus sensors. One is a motion sensor, and the other is a motion/light/temperature multisensor. The motion sensor is available now, and the multi sensor is supposed to be available in a few months. 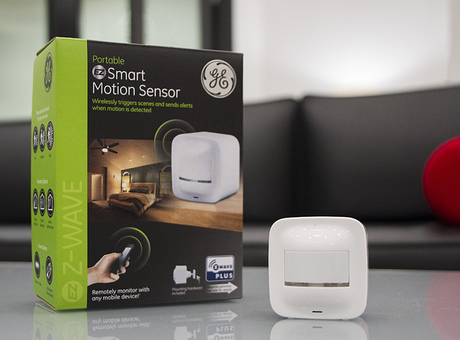 Nodon, a French company, also announced that its two battery operated zwave remotes will now be available in the US. Some of our UK community members have been using the octan model and there is a community created DTH for it. Looks like a nice device. With its wallmount, it’s the same size as a UK single gang switch.

This page includes all of Home Toys blog articles including all of the latest news on the newest and best technology out there! 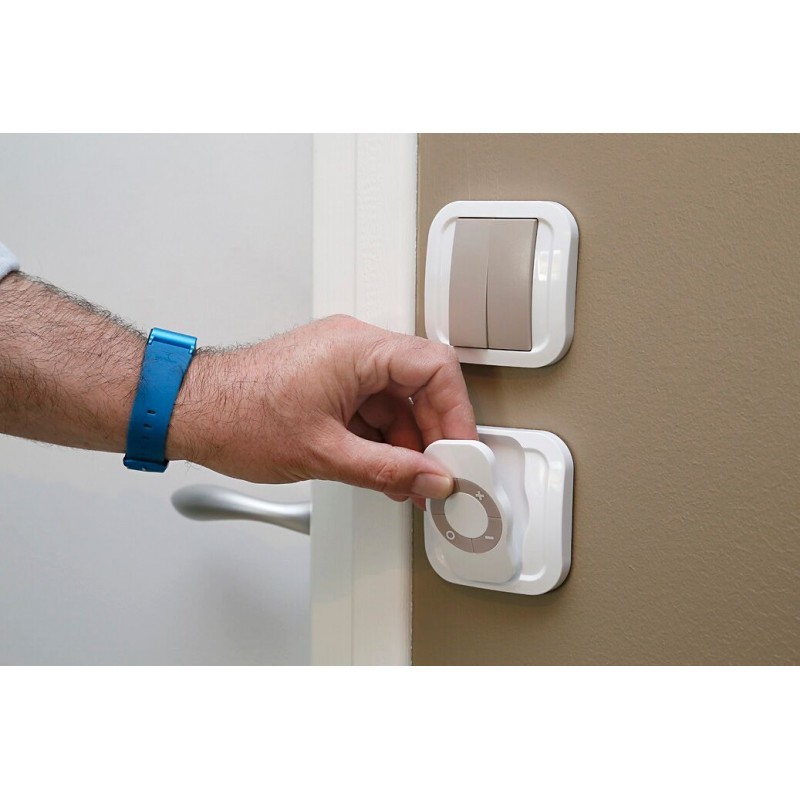 Kwikset didn’t get a lot of coverage for their chunky “Obsidian” zwave plus model lock coming this spring, but I think it’s a nice option. The promo pictures didn’t really do it any favors, though. 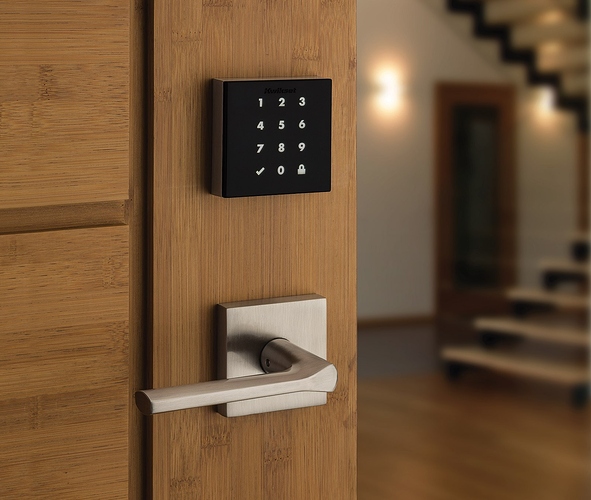 An interesting announcement from Sigma designs, who make the Z wave chips. They said that 80% of IOT devices are still professionally installed. So they are reaching out to the group of independent installers, something they started at last year’s CES. This year they introduced Z-Wave Smart Start, which depends on some technical features now available in zwave plus and some new things coming with the Z2 security standard. They’re obviously trying to make installation look more like HomeKit installation.

What this will specifically let them do is let a company like, say, Xfinity, preconfigure devices while they are still at the warehouse to match a specific customer’s Z wave network, basically said the hub knows the device is coming ahead of time. They’re saying this should cut installation time in half for those situations. It’s not clear whether a DIY customer would get any advantage from this, maybe not, but it’s an interesting trend anyway.

The next time an installer comes to set up a Z-Wave IoT device in your home, it might take a lot less time. Sigma Designs is introducing a system at CES that lets service providers configure IoT devices before they’re delivered.

Jasco also announced two new zwave plus sensors. One is a motion sensor, and the other is a motion/light/temperature multisensor.

Too bad their new multisensor doesn’t include humidity. Otherwise, it would be comparable to the Aeon Labs device (ignoring UV detection, which is pretty useless indoors).

My main application is home monitoring and in one place it is important to keep an eye on humidity in the summer when we’re not here.

And Maximus announces a connected floodlight too. (They use the Kuna app.) 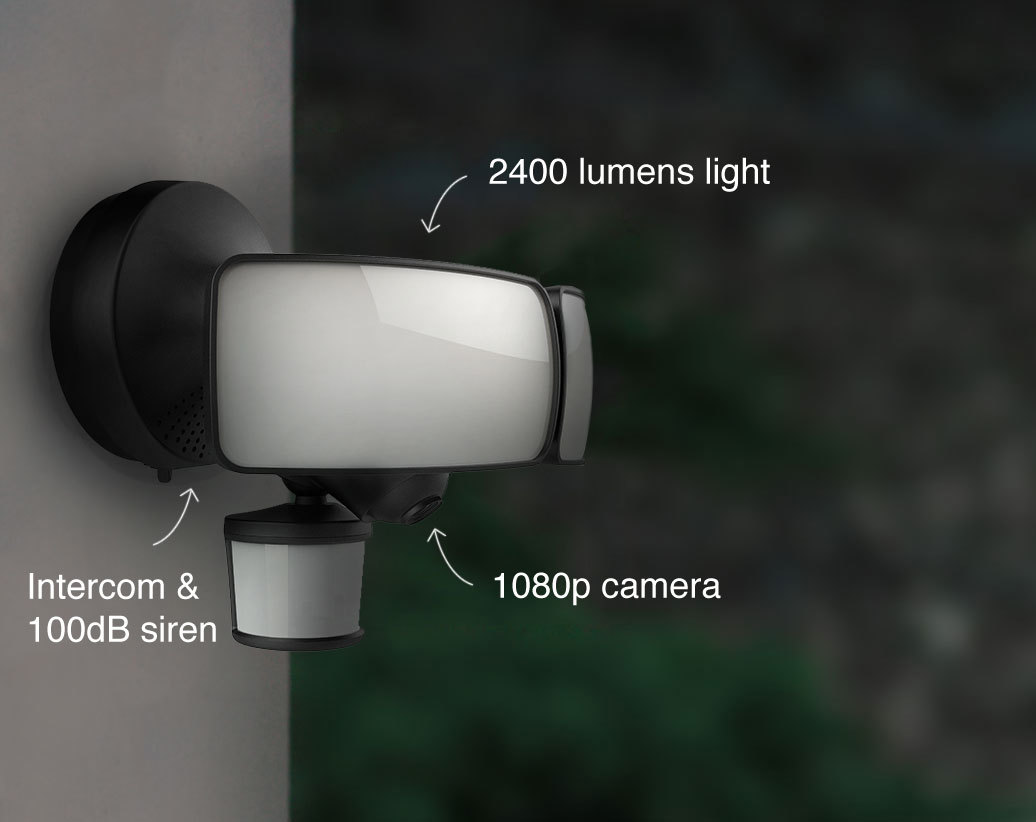 Yeah but they didn’t update anything new. It’s still in pre-release with an expected indiegogo date of August 2017.

It’s a cool idea, but I’ll wait until it’s actually shipping to evaluate it. I had a very disappointing experience with their last product, the hug one sleep sensor. The marketing description just didn’t match the actual device features.

And Maximus announces a connected floodlight too. (They use the Kuna app.)

Now this is a good device. I’ll get this.

I have the Kuna porch light and I like it very much, but at present there is no integration with SmartThings. It’s a standalone system.

Now this is a good device. I’ll get this.

And their video stream is completely restricted to their app. Playback more than 2 hours old = $5/month.

Agreed. Great hardware. I spent a lot of time talking with them at CES, and they just don’t get it. They are part of the old guard where they expect people to just open up different apps for everything all the time. It’s completely closed…

If it would integrate, I would prob buy 5

Agreed. Great hardware. I spent a lot of time talking with them at CES, and they just don’t get it. They are part of the old guard where they expect people to just open up different apps for everything all the time. It’s completely closed…

If it would integrate, I would prob buy 5

They previously announced that they were working on a HomeKit version. So maybe they’re not hopeless.

Yeah, I think Apple has completely missed the boat and is to late to the party. Having to add a chip and the closed nature puts them at a severe disadvantage. Alexa and Google Home (especially Alexa) are the stars of the current home automation/smarthome buzz and momentum. Anyone that works with everything is going to have a part to play, which leaves Apple on the outside looking in.

Alexa was EVERYWHERE at CES…

Right, but I think homekit is dead… My opinion…But I think Apple is too late and missed their opportunity to make it relevant.

Alexa was EVERYWHERE at CES…

Alexa was everywhere, but HomeKit was second: 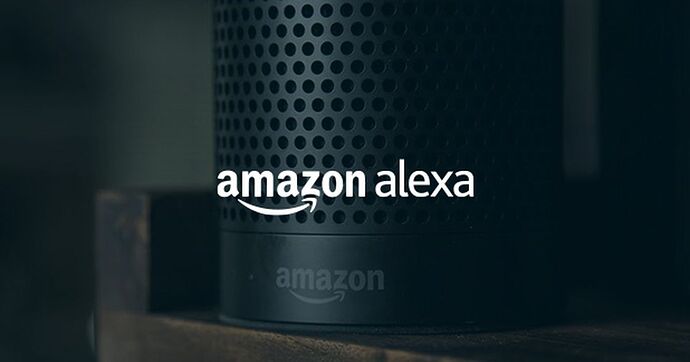 A smart home scoreboard for CES 2017

Keep track of the new smart home products announced at the show that work with Alexa, Siri and other major smart home voice tech.

Do you use Blue Iris? You can do that and use [DEPRECATED] [RELEASE] Blue Iris Fusion - Integrate SmartThings and Blue Iris!

Even with Blue Iris?

Even with Blue Iris?

The Kuna / Maximus feed is “secret” (direct to their cloud) … so I doubt you can connect it to Blue Iris unless someone has hacked it.

Is it hackable? Well… not if they have properly secured the Camera… so I sorta hope not, but it would be convenient, so… Please hack it!!!

They do have some sort of Alexa integration. Otherwise see my post higher up of Ring coming out with the same light. And I think Bosch has one too.