(Edited this post to aggregate links to new stuff…Thank you to all who contribute!)

CES is just underway. I thought a thread for new stuff and announcements would be good. Two so far that I thought this group might like.

Centralite - Smart LED Switch (targeting <$40) that fits over a normal toggle switch, so the switch can stay on and gives on/off/dim control of smart bulbs. http://www.cnet.com/news/third-party-smartthings-device-maker-gets-retail-product-line/

This sounds interesting:
ARCHOS does not need a separate hub. A $99 Android-based tablet IS the hub. Also, it uses 433 MHz band radios for sensors, meaning it has long range without a mesh networking and less interference. Coming for 2015, Archos is opening up its 433MHz Connected Home System. This will allow the system to communicate with 3rd party devices such as FOSCAM IP cameras and other third party equipment such garage doors, lights, and others. The Archos Smart...

Nest and August and Hue integration announced at CES http://www.theverge.com/2015/1/5/7487735/nest-thermostat-smart-devices-august-phillips-lg-ces-20153

D-Link shows a hub $80 (zWave and wifi) plus 4 zwave sensors. The door/windown sensor will do motion too, and the motion sensor does temp and light.

D-Link brings home automation to the forefront at CES 2015

D-Link shows that it's taking home automation seriously at CES 2015 with a new $80 hub and an assortment of compatible accessories.

Ecovent is a smart vent and a smart outlet (not much info in the video, but more at website). Basically the sensor outlet goes over a traditional outlet, retains two plugs and adds a USB port on either side for charging. It also has sensors for temp, humidity, pressure and iBeacon BLE. Very promising, but no pricing info.

A smart heating and cooling system for your home - Video

Ecovent combines a smart air vent with a sensor-packed plug to optimize your comfort by room -- and save you money.

This is a nice idea. Maybe you can update the first post with new links that people add so us lazy folk don’t have to scroll a bunch to keep up

As for the items linked so far. The Chamberlain unit looks like it has potential but I would need to further look into if I really like the application for my use.

The Centralite device is kind of an odd one for us I think. If the plan is to control smart bulbs, than the cost of the installation is really Centralite + Smart Bulb which now makes it more expensive (assuming $40 + $15 Smart bulb) than a traditional Zwave switch. The target demographic here is probably users that don’t have a full switch replacement option I’m guessing and rather are just sticking Smart Bulbs everywhere and are getting frustrated that local switching can cause sync issues with the wife turns it off at the switch and you want to turn it on with your phone

Coming for 2015, Archos is opening up its 433MHz Connected Home System. This will allow the system to communicate with 3rd party devices such as FOSCAM IP cameras and other third party equipment such garage doors, lights, and others. The Archos Smart...

ARCHOS does not need a separate hub. A $99 Android-based tablet IS the hub. Also, it uses 433 MHz band radios for sensors, meaning it has long range without a mesh networking and less interference.

Don’t forget Alex will be a part of the opening keynote so we should see some exciting new ST info I hope.

Nest and August and Hue integration announced at CES http://www.theverge.com/2015/1/5/7487735/nest-thermostat-smart-devices-august-phillips-lg-ces-2015

There’s a Smart Home panel on Wed by Cnet with Alex, as well as founder of Quirky, someone from ADT and Home Depot. Should be cool.

Will SmartThings show something on CES? They have been quiet for quite some time.

ST CEO will be on stage with Samsung head for opening keynote address tonight. 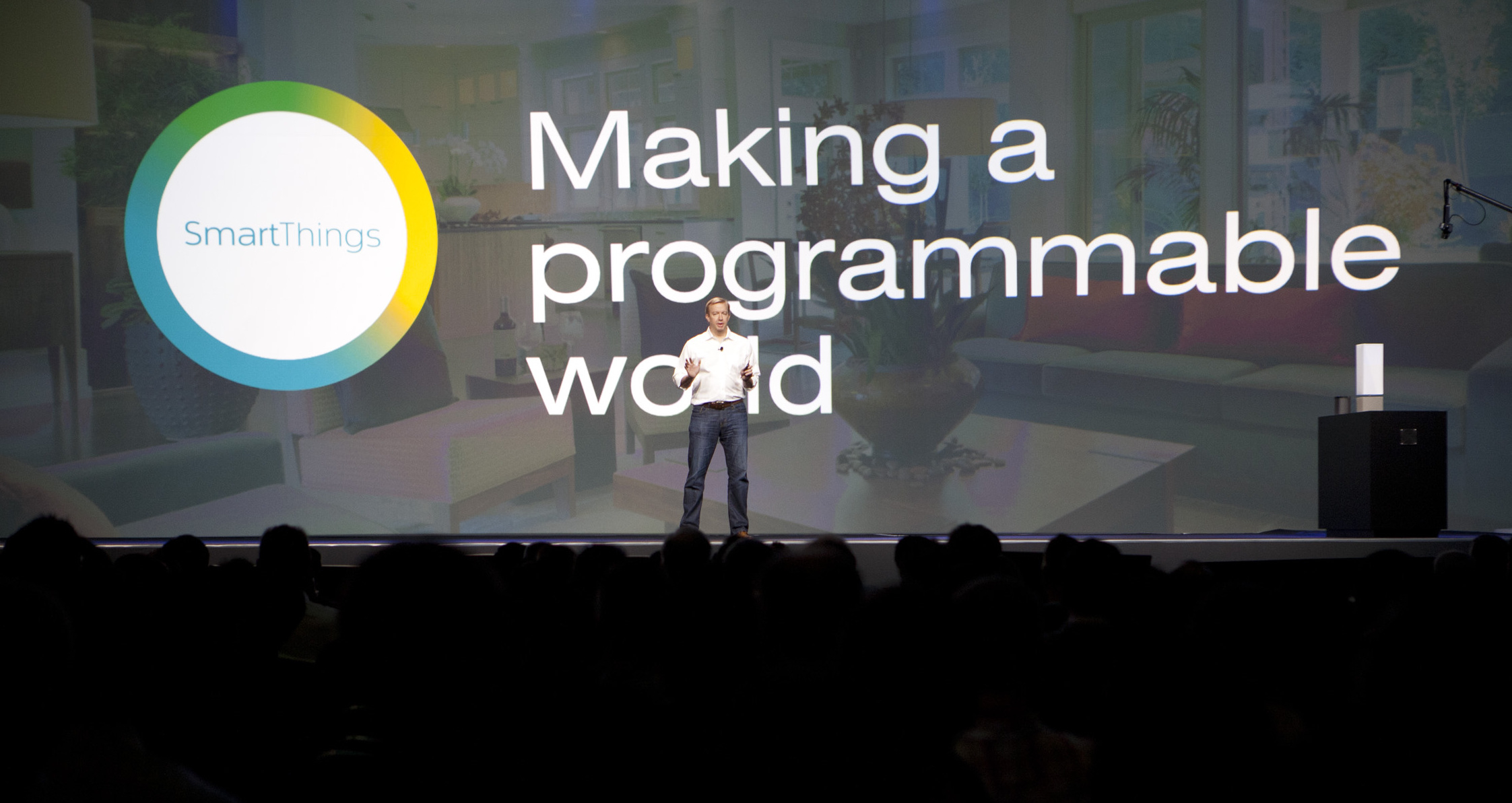 2015 promises to be an exciting time for SmartThings and our customers. To kick things off, we’re pleased to announce that SmartThings co-founder and CEO Alex Hawkinson will join Samsung Electronic…

Can anyone track down more specific information on these new z-wave development kits? Is this an opening for ‘maker’/diy folks? Or are they still limiting everything to folks willing to pony up multi-thousands?

Is this an opening for ‘maker’/diy folks?

No chance of that. As it says:

However, they want to standardize Z-Wave over IP protocol, which may benefit DIY community.

Actually, the ZIPR reference design is available from DigiKey for $49:

This was apparently announced at the Samsung Developer Conference a couple of months ago, but yesterday was the first I heard of it.

I just pray for a better hub v2 with all that we have talked about a million times and FAST.

Nothing about ST during this afternoon’s “press conference…” guess we will have to wait for their Keynote tonight. But this guy…

Samsung keynote is about to start. Trying to watch it online: http://global.samsungtomorrow.com/ces2015/
but the server seem to be overloaded. So much for that…

Those live streams never work…the actual Samsung conference was pretty light on announcements IMO, so hopefully more to come during this Keynote

The blog is live updating. 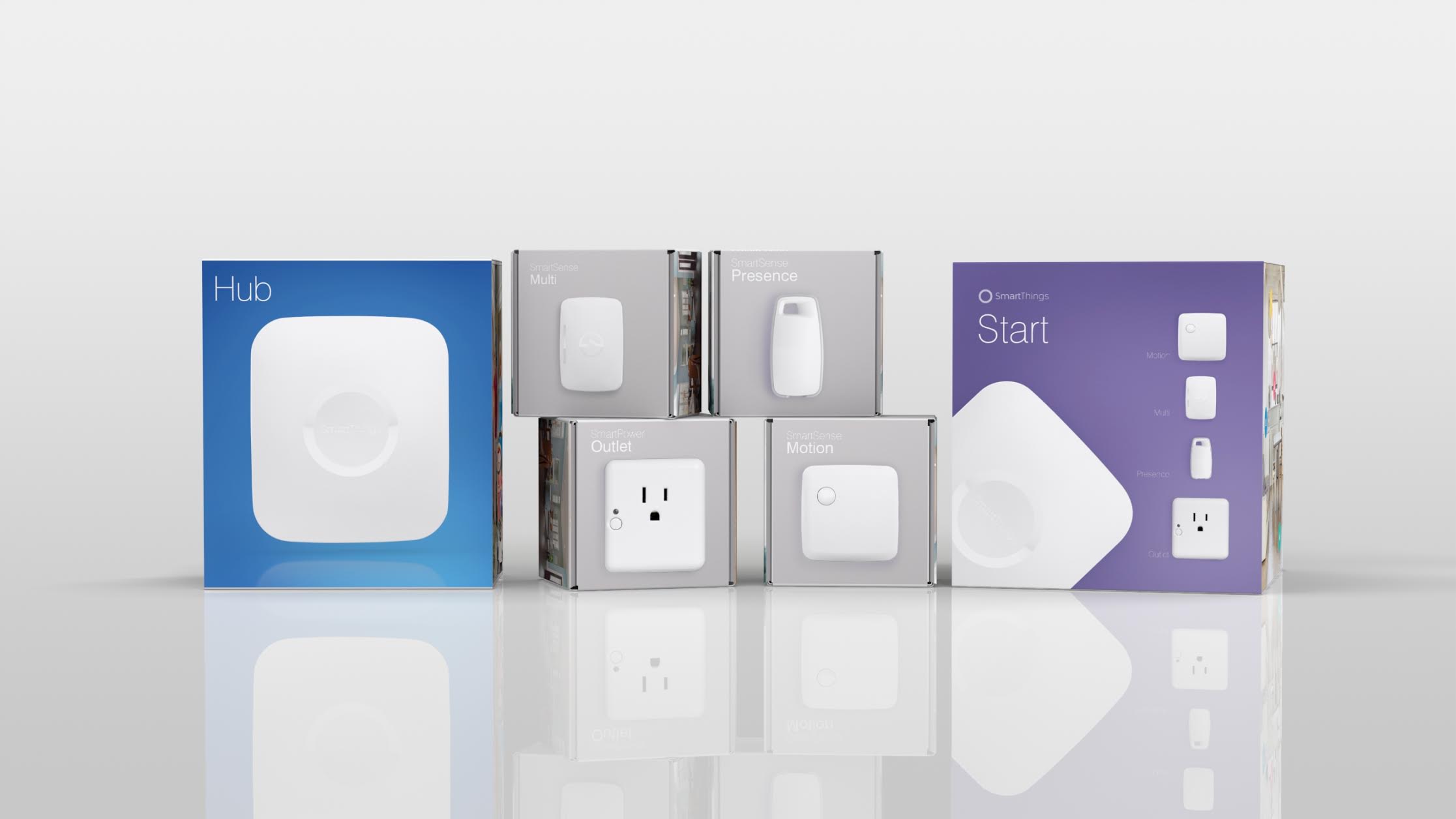 Primary question is, once the premium service launches, will we still be able to get free app and text notifications from any smartapp/device as we do today?