You bought these at Home Depot CANADA???

I bought this set for $60. It’s not listed on the site. It’s usually stored together with the rest of the Wink staff.

Good to know, thanks for the clarification. I’m using them right now with my Hue hub directly. Was looking to see if the community have found a way for either Hue (Connect) smart app to expose the dimmers to ST (haven’t look at the Hue API if it exposes the Dimmers) like it does with lights or if it can be paired directly (how i found you device handler).

Still a good start though

That won’t work well anyway because there will be enormous delay while button press event propagates from Hue cloud to ST cloud.

Searching the Home Depot site I did find something interesting

Anyone try this? It says it can control up 30 bulbs. How the heck would you select them? (i.e. Turn on bulb 12)

Yeah sorry (the wife says I do that on pricing that benefits me and go the opposite way when I dont want it) - $59 I think for the two window/door sensors and a motion sensor. They also have the $109 for three window/door sensors, montion, and siren as @Navat604 mentions above.

I cant find the link now - they were on the website a few weeks ago. They still have them in the store here in Ottawa (as of a few days ago).

http://www.lutron.com/en-US/general/Pages/Promos/Connected-Bulb-Remote-Control.aspx Has anyone seen one of these in the wild yet? This seems like it would be a good alternative to the Aeon Minimote. Plus it has wall mounting options (that aren’t Velcro strips

It would control a group. I believe it works only with LL lights.

It does. They’re considered sensors in the API and could in theory be exposed to ST, but I think Hue Hub users are happy with their functionality via Hue so there’s not much incentive to take on the challenge, especially with Hue Connect being pretty complex.

It would control a group. I believe it works only with LL lights.

Yup, each remote can control up to 30 bulbs as one group. It always controls all the bulbs paired to it. It does work with non-LL lights like GE Links. They can create their own zigbee network by “stealing” bulbs, but if you pair it to your ST hub/network first, it can control bulbs while on the ST network.

ST does not see the button presses because it only sends group commands, which are not supported by ST’s implementation of zigbee at this time. It is on the list for future improvements. There’s an Alpha version of an official devicetype, but since ST can’t see the group commands, it really just gives the device a button icon.

Ugh… About 2-3 weeks ago I picked up 2 Hue White LED at Home Depot for $15.00 each. Working great so I thought I would get a few more. Appears they are no longer available in the HD stores and must be purchased online. Still the same low price but… $45 friggen dollars for shipping . Are they serious???

Philips Hue Personal wireless lighting Hue White. Create and control your lighting from your smart device. Stunning, smart and tailored by you. Part of the Philips Hue family, the Hue white lamp is a bright white-only version of Philips Hue offering...

The same bulb can be bought at BestBuy (CAN stores or online) for $20.

If It is initially setup in the U.S. It should work once brought back home…?

I use one with little to no problems. I have a second one on the way as well. The ST integration is fantastic. To set it up you will have to have an Amazon.com login and set a zip code under the settings in your time zone. Also within the settings you can select metric for units.

Rogers are sell z-wave door locks for $50 off.

Check it out eh!

wow that is a good deal! thanks for sharing!

Woooohoooo… Amazon,ca is selling SmartThings devices and what a deal. Only $10 shipping to… 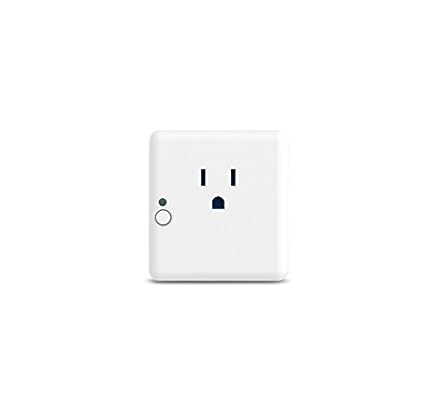 So I decided to try out the Rogers hardware that they sell for their own Smart Home Monitoring System.

I ordered the Lamp Dimming Module for $34.99. This is identical to the Smartthings Outlet except it Dims and is made by Centralite. Either way is ZigBee is paired right away with my V2 Hub and works great. Shipping was free and I ordered it mid Day Sunday and by lunch on Monday it was in my hands. Good deal!

Is this the module that can report the wattage being drawn when turned on with a connected appliance? (i.e washer machine).

Yes it does report wattage, but because it is a dimming unit its only rated for 300w draw.

Ugh… About 2-3 weeks ago I picked up 2 Hue White LED at Home Depot for $15.00 each. Working great so I thought I would get a few more. Appears they are no longer available in the HD stores and must be purchased online. Still the same low price but… $45 friggen dollars for shipping . Are they serious??? https://www.homedepot.ca/en/home/p.hue-white-a19-single-bulb.1000847539.html

The same bulb can be bought at BestBuy (CAN stores or online) for $20.

Look like they are restocking the bulbs again. Picked up a bunch in BC for a friend down the state. I guess they haven’t changed the price to reflect the dollar yet. It’s just a matter of time.