A smart plug that connects to an electric stove to send smartphone alerts when a user forgets to turn it off.

As always no guarantees, but it can’t hurt to sign up/in and apply to be a tester.
As much as I want to, when I redid the kitchens I was shortsighted and now need to pull the base cabinets out to get to the stove outlet

I got the email and put in to test it. Sounds interesting.

Signed up as well. Thanks @RLDreams!

Would this also work with a 220V electric clothes dryer?

Would this also work with a 220V electric clothes dryer?

If you have the proper ( wrong) plug on your dryer, but they are only looking for people to test it on stoves

They are taking applications for a wifi robotic vacuum:

Never heard back about it and did put in for the bot.

I wonder if it was the Wallflower stove monitor? $150, spendy for a monitor, but all relative versus a fire…

The Smart Monitor for electric stoves 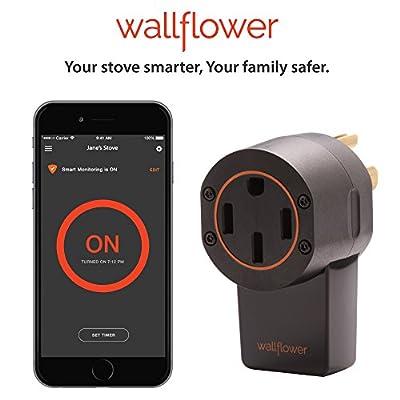 Amazon.com: Wallflower Wireless Electric Stove Monitor; Everyone Forgets To Turn Off The Stove But With Wallflower You Can Reduce The Risk Of An Accidental Cooking Fire; Smartphone, WiFi, GeoFencing, Smart.: Home Improvement

That would be a violation of the NDA.