I have a Yamaha receiver for my home media center, and it’s connected to speakers in my ceiling. I’d like to be able to tell Alexa to play music, and it come through those speakers. I imagine i would need something that connects to one of the inputs of the Yamaha receiver?

I use one of these and love it. It plugs into an audio input on the back of my receiver. 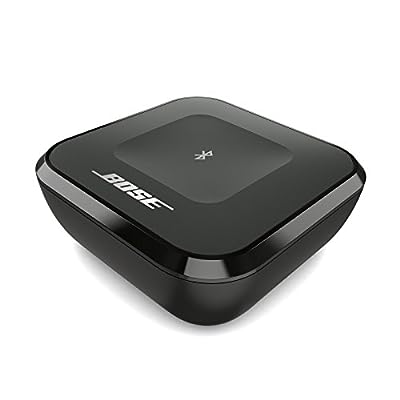 There's a world of music on your smartphone, tablet or other Bluetooth device. Now you can listen to it all wirelessly-and powerfully-with the Bose Bluetooth Audio adapter. It works with a wide range ...

How did you integrate this with the Echo?

I use Bluetooth to connect the Echo to the Bose adapter. The Bose includes an optical out so the sound quality is quite good.

This might be a dumb question, but obviously there is a way to set it so that only music is streamed to the Bose adapter, and not everything else, correct? So if i ask Alexa a question, the answer will be played through the Echo, but if i’m playing music, i can have it play through the Bose/receiver?

I have several soundbars and AVRs including couple of Yamaha AVRs and I approached it differently for all.

So, i tried to somewhat mimic your setup, but ran into a little problem…

I bought this amazon Bluetooth receiver and hooked it up to my a/v receiver - https://www.amazon.com/gp/product/B00I59VBH4/ref=oh_aui_detailpage_o01_s00?ie=UTF8&psc=1

I connected my echo to the Bluetooth receiver and then, as expected, anything Alexa played, came through the house speakers. The problem though, is that everything was coming through the house speakers, with no way to turn that off other than unplugging the power to the Bluetooth receiver. If i told the echo to disconnect from Bluetooth, it would, but then a second later, it would automatically reconnect.

The solution that i’m thinking of is to buy a simple smart outlet, to allow me to control the power to the bluetooth receiver, and therefor control when the audio is going through the echo vs. my home speakers via bluetooth. Thoughts?

I am OCD when it comes to power consumption…I wasn’t before but when I moved into a bigger house in an area where electric prices are much higher, those first 2 electric bills where hard to look at. That is what really got me into home automation.

Saying all that, I have a bunch of Smart Plugs! I typically look for devices that have mechanical switches on them so I can use a Smart Plug to turn them on/off. I see that the Bluetooth receiver you purchased has this kind of switch so you are set. The only problem I see is that the AVR and the receiver has to be on. How are you automating the turning on/off of the AVR?

I have a Hormony hub that turns the AVR on and off, and switches to the input needed.

So, my thought is, with one command, i can have the the AVR turn on and to the correct input, and the smart plug turn on the BT receiver (which automatically pairs to my echo). Then, when i’m done, a command to turn both of those off.

You can add Smarthing devices to Harmony activities right within the Harmony app so you are all good to go!

Mark with that device from above does it act as a DLNA media player and allow for SmartThings norificarions to be played through stereo?

I started with echo paired with my Yamaha receiver, so when I play music it would turn on receiver and steam from Amazon music library through the speakers attached to the receiver. Santa presented me a fire stick and in January bought harmony hub with smart remote. So now I can tell Alexa to stream and it starts to play music from my Plex server running on FreeNAS using the stick. I also can tell Alexa to watch TV or watch movies and it connects and turns on DirecTV or my bluray player respectively, switches receiver and TV inputs.

Think Walmart was selling the hub for $58 when I bought it last month . Last I heard price went up to$69. For anyone trying to use voice to control TV/ sound, I would strongly suggest harmony hub.

I also tried broadlink mini rm3 and DirecTV skill using AWS, but gave up when I realized very limited remote support on rm3.

Last week snagged an ultimate one remote for $80 when it went on sale at BB. Now at least my wife won’t complain she has no clue what it takes to watch TV.