I noticed that these do not run very reliably: not all devices turn on or off.

Is this what ‘normal’ is for automations ?

Thanks for the reply: I think the time is fine since some switched turn on/off at the right time, just not all of them…

minoston MP22Z and MP20Z
I was under the impression that all plugged devices were repeaters by default.

Weak network Is possible: the hub is in the basement for now and the plugs are 30feet away in my greenhouse.

Doesn’t the hub queue messages ? ( in case not received, they will get it when the device is up again ? )

Most plugged zwave or Zigbee devices are repeaters, but it is up to the manufacturer to decide for sure. That said, I’ve never heard of a Z wave device which wasn’t a repeater except for some security items like Sirens where they don’t want the device tied up repeating a message for some lightbulbs somewhere.

With Zigbee, there are some mains power devices which are not repeaters, such as the Sengled lightbulbs.

Doesn’t the hub queue messages ? ( in case not received, they will get it when the device is up again ? )

No, they don’t Queue them in that sense except for Messages intended for locks which have a different subprotocol called “beaming.“

For other devices, the hub will make three attempts to send a message through, one right after the other if it doesn’t get an acknowledgment, but that’s it and typically happens in just a few seconds. But after that it gives up.

It’s hard to say exactly what’s going on because the smartthings platform can definitely be flaky sometimes, but my first guess would be range. It’s often challenging to get signals out of basements and garages because of all the cement and water pipes and metal that can be present. so as a long range plan, speaking as a former field tech, my first recommendation would be to move the hub out of the basement or you may be facing this over time with many different devices.

(And then the fact that you’re trying to get out to a greenhouse means you’re going through at least one exterior wall which also blocks significant signal.)

See the following. Start with post 11 in that FAQ (which this link will take you to), read that, then go up to the top and read the whole thread. (The topic title is a clickable link)

One more thought. While I understand the marketing reasons for the decision, the fact that SmartThings gives customers zero guidance on how to set up a network backbone does lead to a lot of frustration that shouldn’t have to exist. if people knew that .1) The hub should be located centrally in the home, both vertically and horizontally. Don’t put it in a garage or basement as those have concrete and pipes and metal objects which will reduce signal. If your Internet router is off in some inaccessible corner, you can use a Wi-Fi access point that has a ethernet port on the side and plug into that. Also, the hub should not be put in a cabinet. You just want to make it as easy as possible for signal to spread around your house. .2) you need one device that can repeat about every 40 feet…

I’m not sure you’ll need it, but you might also want to read the article in the community – created wiki on getting signal to an outbuilding.

How to Automate an Outbuilding - Things That Are Smart Wiki

BTW, in a greenhouse, the plants themselves can block signal significantly. Water features, including tanks and barrels, also cut signal. Humidity itself cuts signal.

The production of tomatoes in greenhouses, in addition to its relevance in nutrition and health, is an activity of the agroindustry with high economic importance in Spain, the first exporter in Europe of this vegetable. The technological updating...

Range specifications from device manufacturers are always based on clear air, line of sight, with no physical obstacles. After that, everything cuts signal a little bit and add it all together it can cut it a lot.

All of which is to say it may take some trial and error to figure out the best way to get signal to the devices in the greenhouse. You might even want to use a Z wave light bulb or two near the ceiling to carry signal above the foliage over to the other side of the building.

Thanks a bunch for the very detailed answer

I am certain it was a range problem. Think a strategically placed repeater will fix it.

I seem to be getting mixed info about dedicated repeaters vs smart plugs as repeaters:
Are they doing the same repeating job and all that matters is the zwave chip version ?
Or is there some actual range/ capabilities that make repeaters truly special?

I am certain it was a range problem. Think a strategically placed repeater will fix it.

I seem to be getting mixed info about dedicated repeaters vs smart plugs as repeaters:
Are they doing the same repeating job and all that matters is the zwave chip version ?
Or is there some actual range/ capabilities that make repeaters truly special?

Dedicated repeaters were needed back during the third generation of Z wave when not all devices transmitted at maximum power. But that has pretty much changed by Z wave plus (the fifth generation) and Single purpose repeaters now don’t do anything that just about any other mains powered Z wave device won’t do. So in my personal opinion, they’re just a waste of money. If you get one, it will work fine, it’s just that you probably paid more for a device that does less.

There are two exceptions… If you have some of the very newest devices which use S2 security you really do need A repeater that uses the same level of security to get your messages through. So I know some people who have bought S2 level repeaters for that reason. But really that’s just about timing. As more and more devices come on the market that support S2, it becomes a non-issue.

The second reason is if you are using a non-smartthings Z wave security system, like ring alarm. These typically have a repeater which can switch from mains powered to battery operated automatically, to give you continuity of service during a power outage. It’s not meaningful for a smartthings system because smart things itself Doesn’t reach that level of reliability. But it’s a good reason if you are using one of the other systems.

Other than that, I would just rely on your other mains powered devices like light switches, pocket sockets, or plug-in sensors. For example, the zooz zen25 gives you two controllable outlets and is a good Z wave plus repeater with S2 security, while costing less than most of the single purpose repeaters.

Thanks for the info. Good to know about s2 devices: one of the plugs I bought does not support it.

I saw ZooZ plug you suggested before, but in Canada it costs 55cad, maybe 2-3$ cheaper than the others, so nowhere as cheap as in the us

I was planning on buying https://products.z-wavealliance.org/products/3711?selectedFrequencyId=2
and plug it into the house, outside.

From the amazon spec, it seems to run to -5F. Can this be true ?
Remember some support person telling me that the z-wave chip itself does not run at such temperatures (old version of the chip?)

I was planning on buying https://products.z-wavealliance.org/products/3711?selectedFrequencyId=2
and plug it into the house, outside.

From the amazon spec, it seems to run to -5F. Can this be true ?
Remember some support person telling me that the z-wave chip itself does not run at such temperatures (old version of the chip?)

Not sure who told you that, but it’s definitely not true. It just depends on how the device itself is engineered.

What is true is that regular batteries don’t work well below freezing, so there are many battery operated Z wave devices with an operating temperature range of 32°F and above. But means powered devices don’t have that issue.

Again, though, check the operating range for the specific device you’re looking at. But there’s no Z wave limitation.

Unfortunately, checking the manual for the specific device, it is also only spec’d to 32° F

From the amazon spec, it seems to run to -5F. Can this be true ?

At our house, we use the Meross Wi-Fi outdoor plugs. They have a smartthings integration with the new V3 app and work well, with both sockets independently controllable. They are ETL safety listed and spec’d down to -4°F. 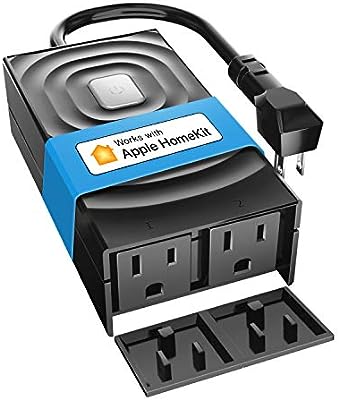 I have a kind of related question:

I have an Arduino-based devices (Based on Dan Orgochock’s ST_Anything, by the way) that flips some relays. Often it appears that the Arduino never receives a message from the ST Hub. While debugging, I observed that this seems to happen when the hub is busy with traffic from other devices.

I have debugged this to put a log.trace in the ST Smart App at the point where the message is sent, and putting a Serial.print() in the Arduino code to try to match messages sent from the hub to messages received by the Arduino.

From that work, it appears that when the hub is not busy with other device traffic, I have high correspondence between what the live logging shows and what the Arduino sees. But when there is a fair amount of network traffic, other devices reporting status, for instance, even though the SmartApp seems to think it’s sending data, the Arduino never receives it.

I can’t say for certain…
The lag is very intermittent. It would explain it’s connected to the amount of messages the hub needs to send.

Which model ST Hub are you using? For many users, performance of ST_Anything devices seemed to improve dramatically after hard rebooting their ST hub (if a v2 hub, be sure to pull the batteries as well as the power cord.) Not sure if this would help in your situation, but it may be worth a try.

When the ‘hub is busy’ processing traffic from other devices, what type of devices are those? Also, what exact hardware are you running ST_Anything on? How is it connected to your home network?

of network traffic, other devices reporting status, for instance, even though the SmartApp seems to think it’s sending data, the Arduino never receives it.

So… it is a v2 hub. And all of the “other traffic” are other ST_Anything devices sending updates about their status. Yes, I have an ogiewon-infested house.

But… I just remembered that the device in question is the only one I have with an old ThingsShield connection instead of Ethernet. Maybe it’s time to do the conversion.

So I’m switching over from the Thingshield to ethernet. Is it necessary to connect an ethernet cable to the ethernet card, or should I keep assuming this is a software problem?

yeah, two hours wasted in that.

Not that anyone will have to live with this in the future (Since thingshield is discontinued), but I am amazed at how much faster and more reliable the ethernet connectivity is. Since we had lived with the response time of the ThingShield for so long we were highly calibrated to its performance. The switch to ethernet feels like a sports car by comparison… and apparently more reliable.