So, I am currently working inside my college on a project leading up to a UK qualification.
I am really excited about the prospects this has but…
I have no idea where to start.

As in the title i want to create an automatic door entry system for people who are disabled, Making it easier to enter their own homes.
I want to use SmartThings to unlock and open the door upon a direct input from a sensor. (I know about the current available sensors in the UK as i am a promoter for SmartThings.)
I am thinking that the door will be opened and closed by a hydraulic system (I know a little about what i want for the mechanical system)
The only difficult part is getting the door to open on request when the lock is unlocked, and vice versa (Door closing, Door Locking)
Does anyone have any suggestions on the language, system or even hardware i can use to make this system compatible with SmartThings

I could see this being done with Smartthings and Rule machine. A rule to unlock the door then open upon seeing sensor and one to close door and then lock when sensor leaves. A open close sensor on the door would give feedback to door state.

That said I don’t feel Smartthings is stable enough for such a task without a backup plan. I’m disabled and use smartthings to automate stuff to make my life easier. I have my front door unlock upon presence arrival. Problem is it’s not 100% reliable. I only get out once or twice a week and still come home to a locked door way too often. Luckily I can type my code in easily where some may not be able to.

So what happens when ST is down, power is lost, internet is down, sensor is: lost, broken,dead or ST just decides it’s glitchy that day? There has to be a rock solid backup plan.

@JDRoberts will have a ton of feedback for this.

So, I am currently working inside my college on a project leading up to a UK qualification.
I am really excited about the prospects this has but…
I have no idea where to start.

…
The only difficult part is getting the door to open on request when the lock is unlocked, and vice versa (Door closing, Door Locking)

People have mentioned of me because I am quadriparetic. I use a wheelchairchair, and have limited hand control. So this overlaps with my community of people who would use exactly such a product.

I think it’s great that you are thinking about accessible technology in this way, because it’s very important. There are so many things available to us in the 21st-century that make the lives of people who faces challenges much richer and more dignified.

Your original idea is in a really important area, I just don’t think it’s a good match to SmartThings either in terms of architecture or build cost.

Once you start getting into the details, you find out that “the most difficult thing” in a project isn’t getting the door to open or close on request. It’s literally not killing somebody when that door moves. So the challenge Isn’t getting the door open or close when you push a button or pass a motion sensor. It’s getting the door to not close on the person or the expensive wheelchair. These are people who by definition may have little control over their arms and legs: these may trail or spasm into the clearance area. Or the chair may fail at exactly the wrong place.

All of which requires much more complicated and expensive parts and controls.

If I might suggest an alternative project with a similar theme but less complexity and lower build costs, how about something to turn the water on/off in the kitchen sink? You don’t have the safety issues of moving a door with force. There are certainly touchfree faucets, but many of them require moving your hand with control quite close to the back of the sink, something which can be very challenging for a person in a wheelchair, particularly if, like me, they also lack hand function. There are devices used for commercial kitchens which have footpedals, again, not useful to someone in a wheelchair.

I’m not aware of anything that currently works with SmartThings for this use case.

And there would be multiple ways to solve it. Some designs would also be of interest to able-bodied people for the same reasons that the existing touch free faucets are used.

It’s true that most able-bodied people like the idea that the water is only on for the few seconds that you actually need it. So it’s sold as water saving, but also tends to lead to the designs where you have to lean forward and trigger very close to the faucet. As accessible technology, having a dog-friendly switch a service dog could operate from across the room, or a button I could push with my elbow would be well worth a few extra seconds of the water running.

(Again remembering that everyone’s physicality is different, so other people might prefer a pressure mat switch they could roll their chair onto, or what is called a “switch accessible” iPad app or a motion sensor. Choice is good.

The following picture shows a popular " designer" touch faucet which many people in wheelchairs cannot use at all because of the place where you have to trigger the sensor. so there are definitely a lot of improvements that can be made for this use case.

Here’s how a person without functional arms uses a touchscreen. (This is a Wall Street journal article from October 2014.) You’ll see most people are all IOS, and the one person who has a Samsung phone mentions that many android apps are unusable for her–she has an iPad as her tablet.

Another possible project would be shelves that slide out from anywhere that fits the environment you’re working in. So A supplies cupboard, a refrigerator, the kitchen cupboard, Really anywhere. This could use the same actuator devices you were considering for the door. A person in a wheelchair is typically at least 12 inches further back than a person standing in front of the same cupboard. And they may have less control of their arms and hands. This often means it only the first 3 to 4 inches of the shelf are really accessible to them. Even if the shelf is at the perfect height. Shelves that bring themselves out so The items from the back are accessible can be of tremendous value.

(At my home, some of the kitchen shelves are on manual rollers and my service dog can pull them out. )

In University environments where there are often multiple people sharing storage space and the amount of storage space is limited, making a closet or supply cupboard more accessible could be a real benefit, and the cost would be shared over many people who might be using it. 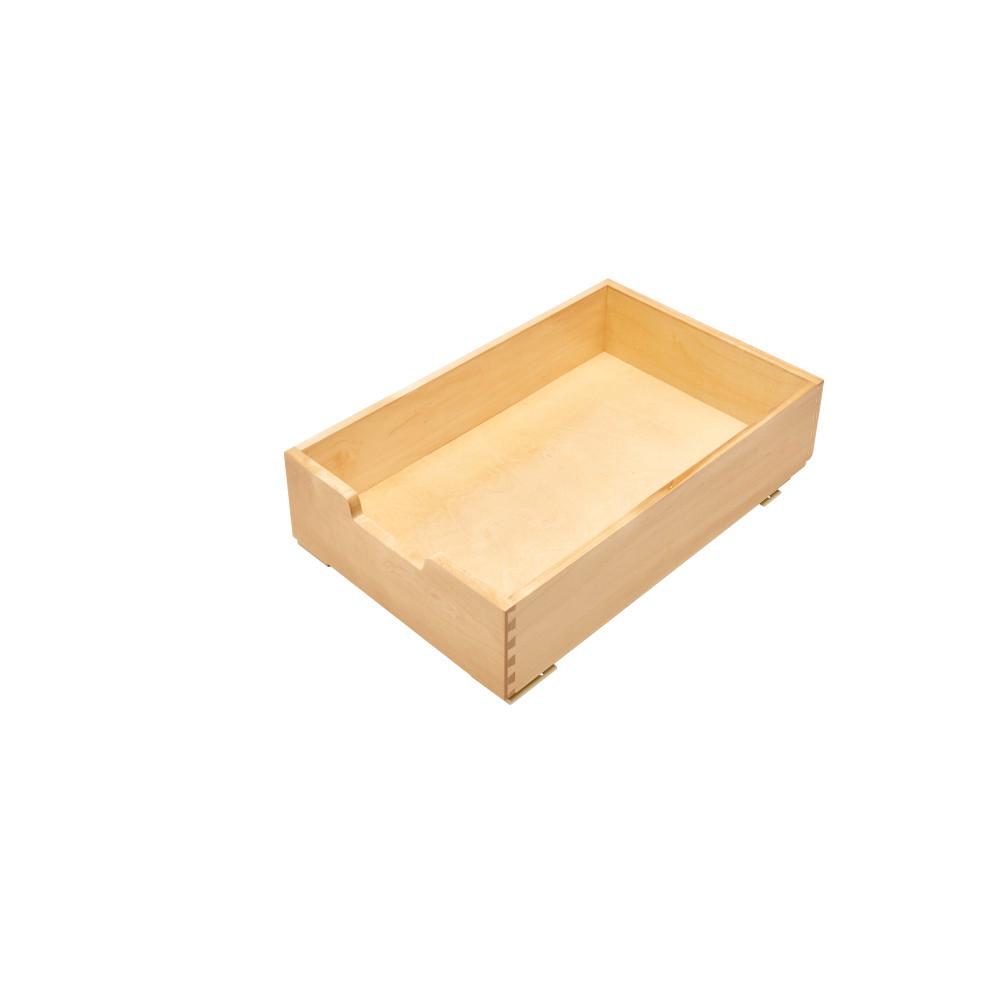 This is one of those things that able-bodied people very unlikely to think of, because they just don’t understand how challenging it is not to have it.

Or choose the other half of the original idea

The other idea is not to go with the accessibility part of the project, but rather the door control. A number of community members have done projects that automated dog doors or chicken coops. There are still safety issues, but they are minor compared to safe passage for someone who is in a wheelchair, as the presumably healthy dog/bird can just jump out of the way if the door misbehaves. Which again bring down the costs in time and money for the parts and control mechanisms. Remember, though, do not try to adapt these ideas for a person in a wheelchair. You need those other safety features. But if you’re looking for a project with a door actuator, these are worth considering

Well I can verify at Lowes’s does in fact sell this door. And it does get picked up on smartthings when you try to add a new device it appears it only needs to be programmed. It utilizes zigbee. I am in dire need as to how to program this dog door

Just thought I would share a project I have been working on. I have automated my wife’s chicken coop door and created a custom device type to control it. You can see more information here: http://forums.parallax.com/showthread.php/161007-Coop-update-Caught-the-Mink-and-ZigBee-enabled-door-control-works-great

I generally don’t recommend SmartThings for schools projects because as a cloud-based architecture you are vulnerable to the system going out on the day you need it most. Even if it’s generally reliable, it’s entirely possible that you can go to sleep on Monday with everything working great and wake up on
Tuesday with nothing working at all. If Tuesday happens to be the day you’re due to present your working model, you’re in trouble. So just something to keep in mind as well.

If you are willing to risk the cloud architecture issue, then SmartThings would give you a real design plus: a very easy way to add voice control. That would be great for any kitchen use cases like the faucet.

This is some great feedback sir.
The feedback is giving me many ideas about my project, I have considered Safety and backup in case of failures as mentioned by yourself and others.
I understand the feedback you have given and it is very, very helpful…
If my project was to fail (Hope it does not), a working model is not needed (But it is easier to conclude on). My project is all about the journey, so with the idea of taps are fantastic because i can still impact people lives for the better.
The projects of doors ( Chicken Coops ) without SmartThings is again brilliant because it may be a little simpler to incorporate.
All in all you have given me some fantadtic feedback to extend my project even futher.

Thank you
Have a good day!

Thank you for your feedback.
It has helped me understand that maybe SmartThings is not the way forward.
I have thought of safety and failures/backups, but as you say they may not be able to supported by SmartThings as it is not very stable at times.