Anyone experimenting with a Windows app?

I’m at a point where it would be really cool to have a SmartThings dashboard on my desktop at work rather than just a phone. Is anyone looking at this, or done a basic framework or something? I’m not enough of a developer to get the framework put together easily, but I’m capable of adding features here and there.

Minimally to be a little functional I assume it needs to support:

Honestly, just 1 & 4 would at least let me know that I had to go find my phone in order to go get information.

Anyone? Is something like this in progress? Is there enough functionality in the API to allow someone to build this app outside of the core SmartThings team? Or maybe there’s a beta I could sign up for from @SmartThings themselves?

+1 Jim’s question. Given the device info shown on the web-based Developer panel perhaps a major foundation for this is already available and something the SmartThings folks could extend or copy and repurpose to take advantage of the greater screen area on a PC/Mac. Plus for a lot of us, PC/Mac often will be running on A/C and not draining our phone battery :>)

I agree, I would like it for when I’m at work and cell service is crappy. 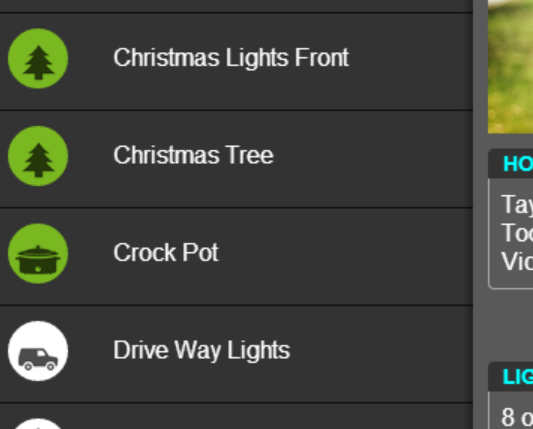 “It's going to be a @SmartThings Xmas.”

I have a .NET based home automation software I wrote that handles Voice Recognition, Speech, and much more. I am planning (Once I learn the API and Groovy enough) to write a C# library to communicate with the API to bridge the gap between my management software and SmartThings.

Right now I am just digging through the forums and the website trying to get up to speed on it and find the little to non-existent documentation so I can do this.

My first Item to tackle is the oAuth piece. I’ve been playing with it a bit but haven’t had much luck getting it to work correctly. After this I will work to enumerate the devices and build some device classes. Then I hope to build some SmartApps with endpoints that I can use to control my devices from the .NET app.

Where did you get with this? Dave

This is a app I’ve been writing for several years from the ground up. I made some progress hooking into the API but had put the project on hold waiting for better documentation. I’ve held off on continued SmartThings integration because I am just not comfortable with SmartThings at the moment. There have been many issue with events not firing on their preset schedule, things turning on or off on their own. I was mainly planning to use the SmartThings hub mainly as a hub and my software would control everything but that doesn’t seem to be possible with Version 1 of the hub.

Thanks JTG. I’m taking a look at HomeSeer now for my own .NET/C# extendability on Windows.

I’m about to purchase a WINK hub to try it. Based on what I’ve read it may have better luck using that to control my devices without the worry of the SmartThings hub working when it feels like it.

Hi there,
Just found something that should be really more advertised: you can easyly setup simple rules from web based browser, which is close to a desktop app: https://www.simplerulebuilder.com.
Works great so far and I find it a lot easier to use than the phone apps
But an inetgreted desktop app would still be a great idea as long as it works properly of course.