Amazon acquires Blink: do they just want the camera, or the new security system?

Immedia, who developed the Blink line of cameras, has been reportedly trying to sell itself since Midsummer. And today it was announced that Amazon is acquiring them.

Breaking News! Blink has been acquired by Amazon!

We’re excited to announce that Blink has been acquired by Amazon! Since launching in early 2016, we’ve been thrilled by your response to our ultra-affordable, t

Note 1st of all that Blink does hold patents on their battery – operated technology, which allows them to have longer battery life than other Wi-Fi cameras.

But Amazon just released their own brand camera about a month ago. So what’s going on?

Or do they want blink’s new security system, still in development, which is intended as a low-cost competitor to nest secure. (And potentially the new ADT/SmartThings security panel, although the SmartThings offering includes fire monitoring and the other two do not.)

There has been a lot of discussion in the last few days about a very sudden blink announcement that they were shutting down the integration with outside services, particularly with the one that was used with SmartThings. They do have a IFTTT channel, but it is much more limited in its features in that as you cannot control individual cameras without buying a separate “sync.”

So I guess the next thing to watch will be whether Blink gets integrated with the new echo plus or not. The current Amazon brand camera does NOT integrate with that system. Also a sign that Amazon doesn’t have a single driving strategy in the IOT space, but is pursuing specific use cases in market niches where they see opportunities.

I will post a few links on this acquisition in a minute. But I thought it deserved its own thread as the ones about the SmartThings integration being pulled are very specific to that factor.

Like many, I’m sure, I hope it’ll show up on the fire tv soon.

With how popular battery powered WiFi cameras have been, this gets Amazon instant access to that market segment. Battery powered cameras also align with Amazons easy to use philosophy.

Blink just announced a wireless video doorbell. that means Amazon will expand into that also. That doorbell could help Amazon with it’s new delivery concept of letting the drivers have access to your house.

My original two kickstarter Blinks are still using their original batteries. Of the two dozen I added since, only a handful had to be replaced in high volume areas.

To address the “Amazon Key” vulnerability, Blink will have to implement either their cell phone sync module or locally store video as promised way back in their kickstarter days.

Apparently its more of a image processing technology that uses less battery. After reading Stacey’s article, I too am wondering if they will even keep the Blink hardware around long term. Or just keep it on the market until they can use the image processing tech in their own line of wire-free cameras.

Amazon has acquired the company that makes the Blink line of cameras and a newly launched $99 doorbell. The deal itself doesn’t come as a surprise since Immedia Semiconductor, the Boston-based company that makes Blink, has been on...

Sorry, I worded that poorly. I meant just the camera device, or will they push the battery operated video technology into more device classes, in particular in support of facial recognition. That could then become a micro location technology, so you know the difference between the kids are in the room and dad is in the room. You know, “TV that watches you.” Only in this case battery operated “video sensors.”

I would think facial recognition would deplete the batteries. Blink’s battery camera is great as long as the triggering events are few and far between. It is a security camera to monitor the exception, not a surveillance camera. Some are disappointed when they try to use as the latter (or baby cam). It is sleeping most of the time without the wifi power required.

Google painfully moved Nest from AWS to their cloud services and removed features. Contrary to what Google did with Revolv and Nest, I think Amazon will continue supporting Blink cameras and add additional enhancements and products. Blink fits a great niche and uses Amazon AWS quite well, no “fixes” needed.

I don’t know what the purchase price is but I suspect Amazon got a good deal. Blink was “under the radar” and never got the favorable press that other competitors received. Check these FakeSpot comparisons between the Arlo:

Yet show me one comparison review where Blink won?

Amazon has algorithms that recognize great products in niches with potential. I think they are the only totally wireless video solution that really works. From there, Amazon can build additional IoT products and integrate with existing Echo infrastructure. 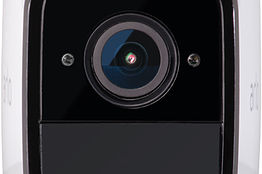 He notes Netgear has “the largest installed base of consumer WiFi routers,” at 48% of the market.
.
He thinks the company’s “comprehensive” data about household Internet browsing and “consumption behavior” can be “of immense value to both Facebook and Google."

To be fair, the quote is from an industry analyst, not a Netgear employee. But still… Unsettling.

On the topics of acquisition here’s is another one. They plan to create devices that support both z wave and ZigBee on a single chip.

But also a great write up comparing ZigBee vs z wave. Interesting comparison and may explain some of the issues @JDRoberts pointed out with the ZigBee bulbs. It also claims that ZigBee has a higher battery drain and it’s to do with the operating frequency. Though it does make sense that higher frequencies tend to have lower range which is why telecoms love the 700Mhz spectrum (less repeaters and towers).

It also claims that ZigBee has a higher battery drain and it’s to do with the operating frequency.

Zigbee has better power management then Z wave, which is why zigbee devices are typically smaller with better battery life.

I believe you are referring to the following sentence from the article, which. can be confusing because it’s poorly written.

The two technologies could be a natural fit, with Z-Wave sending radio signals over the 908 MHz spectrum in the United States, while ZigBee shares the same 2.4 GHz frequency band as Wi-Fi, which typically eats through too much power for applications like wireless sensors installed in factories or commercial warehouses.

There is already an active discussion topic on the Sigma acquisition, I suggest we continue any following conversation there and leave this thread for the blink discussion.

One of the reasons that Z wave devices have generally had good interoperability is that the technology was owned by a single company, Sigma designs, then other manufacturers bought their chips to include in their own devices. Although they sometimes describe themselves as an open standard, that’s debatable. They’re a proprietary standard with an open API. Anyway…people who use Z wave devices, including most SmartThings customers, tend to think that Zwave is the dominant home automation technology. It’s not. But because it doesn’t run into Wi-Fi interference, it has tended to be the dominant off-the-shelf home automation technology for low cost do it yourself projects. But that has changed over the last two years, with more and more Zigbee, Wi-Fi and Bluetooth devices available. The re…

Homeboy, SkyBell is also the good choice for users.