(Sorry if this is redundant or in the wrong place)

I love this app! It actually alarms through the phone if there is an “intrusion” based on my smartthings setup and sensors and is configurable (volume, etc). I work nights and the wife is home at night so if there were to be any break-in I get an alarm on my phone on the road. The app is free and to me this app is invaluable! The app “intercepts” intrusion alerts from smartthings and, quite loudy and immediately alerts me via my smartphone. I must acknowledge the alarm to silence it and then if I forget to dismiss the alarm through the smartthings mobile app the alarm will restart later until the initial intrusion is dismissed. I have received alarms late and night and a quick call home let’s me determine if the alarm is legit. If I don’t get an answer from a phone call home then my next call is to 911 (I haven’t had to go this far yet thankfully).

(I plan to add video cams soon so the phone call home won’t be necessary.)

I highly recommend this app. It is available through the google store (sorry I don’t know if its available for iPhone).

Please link to the specific App in the Play Store? 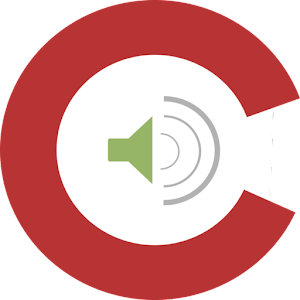 Alarm for Smart Things app makes a loud Alarm/Siren Sound when your SmartThings app detects an Intrusion, Smoke or Water or anything else. If your phone is using Lollipop or above, It even announces the Intrusion text for you.New Features added:1) Added more intrusion patterns so that app can detect these automatically: Intrusion detected, Smoke detected, Detecting smoke, Water detected, Detecting water, Leak detected and Detecting leak.Recently added Features:1) Setup multiple Custom Notific...

“Alarm for Smart Things” app makes SmartThings functional as a stand alone security system with a unique and loud alarm instead of the standard notification sound (which sounds like a text, email, news flash…)

I am suprised more people have not sought out this securtiy functionality for their SmartThings.

What are people using for an alert on their smartphones if there is an intrusion? Why doesn’t SmartThings just have this funtionality baked in? A text alert asfaik, will not wake you up if someone breaks into your house and you are asleep.

Hey @JDRoberts. Any light you might be able to shed on this with your plethora of knowledge?

Something doesn’t sit right with me about this. The App has been around since at least February. It has 100+ users. The website which matches the app in the playstore has nothing about it. Just makes me leary.

What are people using for an alert on their smartphones if there is an intrusion?

I have an iPhone, but I created a contact for the # that ST sends its sms messages from and set it to the most annoying sound I could find. It repeats for a good 5-10 seconds. And I also bypassed the do-not-disturb setting.

I haven’t had any actual intrusions, but a couple of false alarms have woken me up without difficulty since I set this up (family members coming home late and forgetting to disarm the alarm). Obviously ymmv, I’m a fairly light sleeper.

I don’t know anything about that particular app, but it seems to me that the low user count is just because you can do pretty much the same thing with any of several free options on an android phone.

If you use a custom ringtone, that gives you one set of options. But there are also a number of ways to make a particular song start playing so you just use a Recording of the siren sound.

For example, you can use the android device IFTTT channel:

And here’s a discussion thread where people have talked about various different ways of accomplishing the same thing:

Ok, SmartPeople using SmartThings, I’m new to SmartThings and have installed a bunch of sensors and devices with no problem. One of our uses is as a home security system and it is functioning perfectly. When we are home, the siren provides ample notification of an alarm condition. However, when we are out of the house, SmartThings can only issue a text message or push notification. Both of these use the standard short and simple audible notifications provided by Android (I’m using a Samsung Galaxy S5 from ATT). These sounds would not be enough to wake me from a sound sleep were I in a hotel and an alarm condition triggers. So, has anyone found a way for SmartThings to initiate a custom ringtone on Android and/or Apple. Another solution would be to generate a phone call. I’m lookin…

So if what concerned you is the low number of users, my guess is just that there are too many competing methods for doing a minimal alert, most of which are free.

But again I don’t know anything about the specific app.

So if what concerned you is the low number of users, my guess is just that there are too many competing methods for doing the same thing, most of which are free.

My concern was mainly because of nobody other than a couple of posters saying that it’s great, no other reviews, nothing ever published about it, the fact that it’s been there for a while, and what the application consists of internally that could potentially pull information to be used adversely or even insert some sort of malware or virus on a device if installed. Not a big deal, just raises a flag to me. Hopefully the $2 charge will steer most people clear of it, when it can already be accomplished for nada.

I’m not familiar with the app either - other than seeing it on Google Play a few months back - but you might consider reaching out to the developer for their feedback. Sometimes it’s helpful just to see how a developer responds and what their overall stance and approach to things is.

I’m not familiar with the app either - other than seeing it on Google Play a few months back - but you might consider reaching out to the developer for their feedback.

Original posting by developer for the app:

Goes back to 2014/2015. Not something I would recommend that people install, let alone pay for.

Respectfully, if SmartThings Customers stumble upon this App and find that it’s simple and works, then I’m not going to stand in the way of the developer earning $2.00 for writing and publishing it.

That less than a loaf of bread or cup of coffee,… Certainly affordable to anyone with a smart phone, smart home, and broadband.

If it’s a scam, the customer can complain through the Play Store.

Just because the functionality can be performed with other tools (eg, IFTTT) does not deprecate this App. IFTTT is more complicated to configure… Even if slightly.

Respectfully, if SmartThings Customers stumble upon this App and find that it’s simple and works, then I’m not going to stand in the way of the developer earning $2.00 for writing and publishing it.

Wasn’t the cost that bothered me. That was just the end piece after reading and looking through everything, and I’m just sharing my opinion that I wouldn’t recommend people pay for it and install it. I will pay for an extra loaf of bread

IFTTT is more complicated to configure… Even if slightly.

Not according to 1 of the 13 reviews:

The Play Store Reviews feature will probably prevent customers from diving in.

Flaky Apps are a shame, because they make folks leary of the legitimate ones.

You know I’m all for being able to make money on a product. No issues whatsoever and I have no issue spending money, whether it be 2.00, 23.99, or 28.99. Something with this just doesn’t smell right to me.

Flaky Apps are a shame, because they make folks leary of the legitimate ones.

That’s why I spent a little time looking into it. Thought hey maybe this is a diamond in the rough, that hidden gem.

I never thought my app will be discussed here and I found this after 1 year!!

I totally understand the concern some people are having regarding the app. Probably they are not comfortable as it is asking for notification permissions. That being said you might have also noted that it does not ask for internet permissions either if it makes you guys feel about it any better.

I did receive several good and bad reviews on the app. With the latest smart things app update my app stopped working and finally I am able to fix it and I just published release 6.0. It should be available on app store in few hours.

Please don’t hesitate to contact me if you have any issues with the app.

I appreciate anyone who takes the time and effort to develop an app. Those are skills that lots of us don’t have. If it makes my life easier and, let’s face it home automation / monitoring is cool, then I have no problem paying a little for good functionality. But of course the app has to be functional. Thanks for your effort and keep up the good work.

Just purchased the app but does not work on my phone :(.
Oneplus 7 pro, any updates for the app?