So I finally was able to test this out using standard SPST switches. This worked great. I then tested using two three-way switches. I simply wired the two outputs from the first switch into S1 and the two outputs from the second switch to S2. I’m assuming that the Nano detects the voltage disruption as a switching event. This worked great in the “lab” environment (my kitchen table).

I then installed everything into its place in the walls/ceiling. Now the switching is funky… It will work great for 2-3 iterations, but then it will miss the toggle of the switch. Maybe once; maybe twice - maybe more. I can’t detect a pattern to it either. It just misses the toggle.

I’m at a loss as to why this is happening. If it were bad wiring, why both switches? Am I wrong that both legs of the three way should land in S1 or S2?

Did you find out the minimum load requirement? About to buy some but a few a suppose to switch only a few led-bulbs. Thought load requirement wasnt a thing for switches?

I’m at a loss as to why this is happening. If it were bad wiring, why both switches? Am I wrong that both legs of the three way should land in S1 or S2?

Dan, I am just guessing but it’s possible the floating voltage on the opened dumb switch is causing the erratic problem. I would think the switch far away from the micro switch is the cause.
@Arnqvist minimum load is not a requirement but with very low load. You will end up with glowing bulb in off position.

So I installed a couple of these yesterday, I noticed a low, high frequency sound from all of them. My Qubino dimmer is dead silent though. Anybody else noticed this?

Usually the humming is from a dimmer type of switch and not on/off relay switch. That’s why you don’t hear any humming. Your switch is not a dimmer.

True, but I thought @Arnqvist was asking about switches and not dimmers. A little tricky nomenclature don’t you think. I see the reference to the Qubino dimmer though, so yea, probably not an apples-to-apples comparison.

Alright, yes it’s my nano switches that makes a high pitch sound. My Qubino dimmer is silent, even though I know that dimmers are usually humming.

Its not loud though, i cant hear it from across the room so I’ll live with it.

Ok can someone just confirm I’m understanding this right for Nano Switch (not dimmer)? Currently switch has line and load with neutral tied off in back. So I need to join Nano N to neutral, Nano L to Line, Nano IN to Line, Nano OUT to Load, Nano S1 to switch, and Line to Switch?, Nano S2 to nothing? Is that right? I was very confused by diagrams use of two switches.

Just to close the loop that did work. Thanks to @ccheng for clarifying the documented diagram was showing a setup with 2 switches. I suppose that should’ve been understood implicitly. I also had to force the nano to detection mode using 4x button push. After that my external switch toggle was able to control the load. Finally this was my first zwave plus device and was going into a v1 hub so when it initially failed to pair (non secure method) I was worried about some DTH or other compatibility issue. However soon as I moved my hub (using plug in wifi extender) next to the switch, it paired fine and was still able to communicate after moving hub back to its standard location. Just figured I’d post end result in case someone in similar situation down the road.

@ccheng, you are totally wrong on the settings. This is a quote from Aeotec, USE THESE settings and you will be really happy with your switch.

You can also set the external switch mode through Configuration Command Class.

Parameter 120 [1 byte] is the parameter that will set one of the 3 different modes. You can set this configuration to:

What you can do is to buy a short copper strand pigtails and using Al/Cu Wire Connectors to connect the copper to aluminum.

I just installed one of these switch an seem to have everything up and running but i’m running into an issue where the app is not detecting the wall toggle.
Lights turn on and off etc but ST smartthings does not detect the physical state change.

My other older aeotec switches update ST app with any physical walls switches.

Any idea’s, issue with device handler or switch setup?

I just wired in two of these, like right now, and I went to check this behavior since I had this thread pulled up and wanted to make sure. If I flip the physical switch on either of the two units I just installed, the switch state IS updated in SmartThings. It isn’t quite as fast an update as if you use ST to operate the device, but it does update.

So after spending literally 2 full days trying to wire this nano switch in a 3-way setup I’ve completely failed. Any chance someone could help me out on here? This is my exact wiring on the circuit. 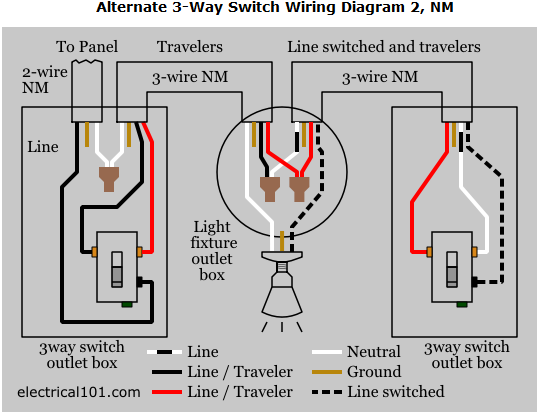 It’s a single dimmer relay to control a single switch 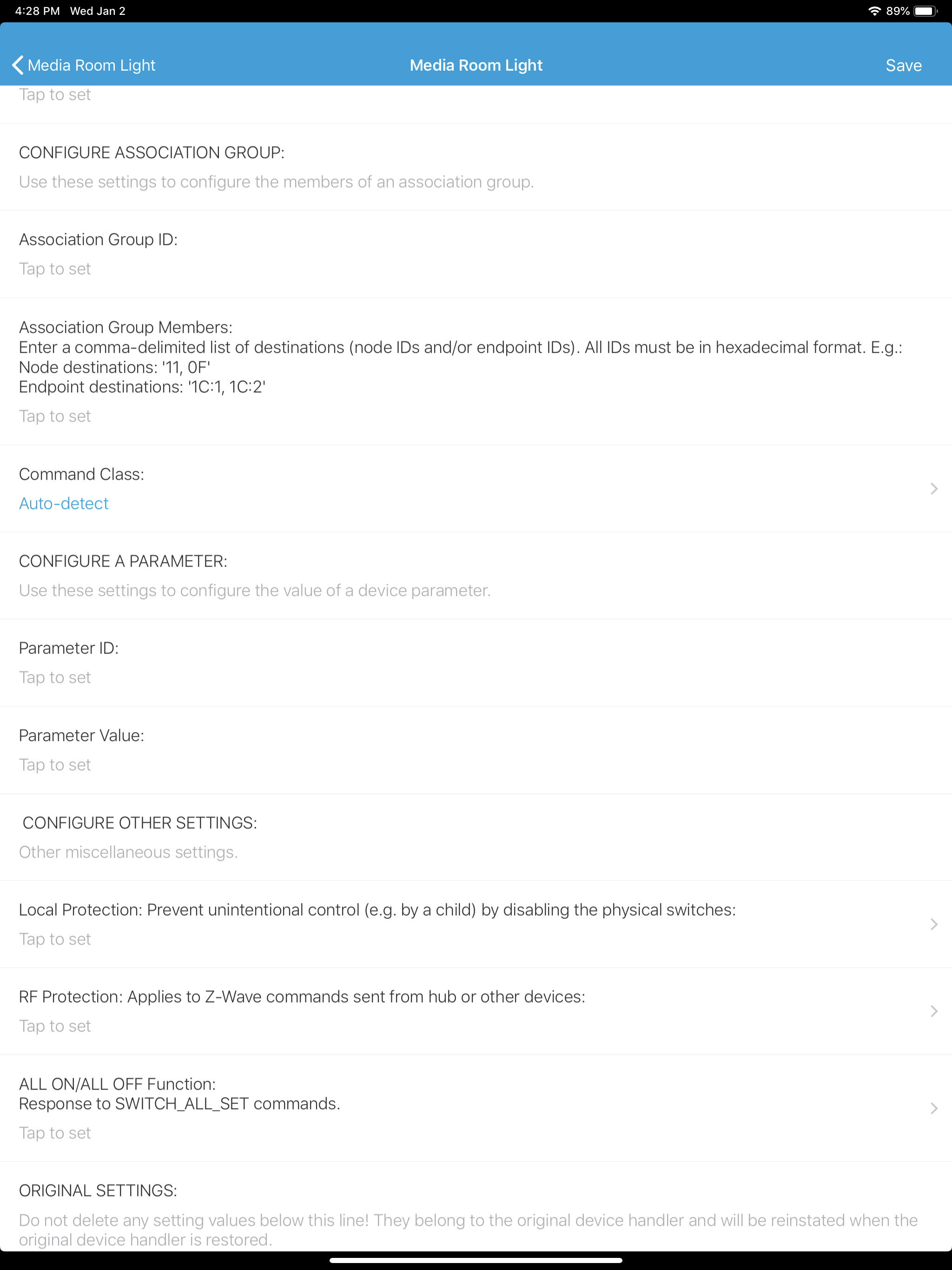 For “Parameter ID” type 120. For “Parameter Value” type 1. Save and wait for the config to update, then test the manual switch. Then restore the proper DH in the IDE.