3 switches for one fixture

Our kitchen light fixture has three switches that control it. One at each entrance. Do I need the 3 way switch kit + one other 3 way switch? Thanks!

I am not an electrician, but as far as I know, you will need two 3-way switches and a 4-way switch for each additional switch.

You need a set of these: 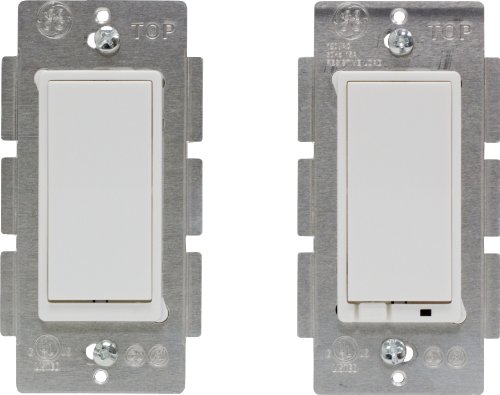 
and an additional auxiliary switch: 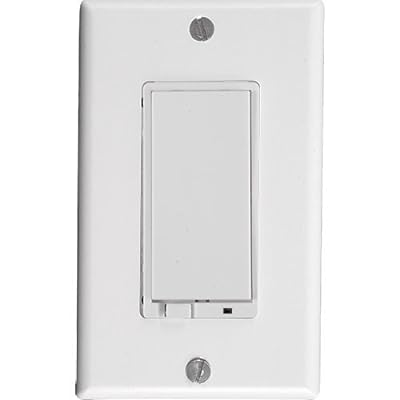 There are other brands but you don’t want to mix them within your four way switch scenario.

Can these be used with Line Voltage LED lights (Cree)? I’d seen comments on Amazon when ordering these types of devices that they don’t work on LED (flickering). I am guessing they were using LED can lights with voltage converters. I just want to verify before I go plunk down the money on the switch set. I am using a Jasco dimmer switch on another light with Cree bulbs, which works fine.

I am setting up external lighting security with ultrabright floods (Cree), and motion anywhere outside on any sensor will flood the entire yard, front, sides and back. But I want dimming control if we are out there barbecuing, I’d like to have them on half brightness.

The GE switches @beckwith listed are only On/Off, so you’d need the dimmer version of the same thing. 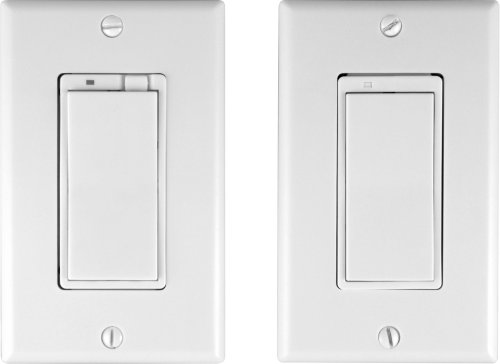 GE and Jasco are the same thing. The switches are all made by Jasco and GE stamps its name on them. They should work fine for LED lights just like your current Jasco. They tend to have issues if you use mixed lighting (CFL and LED on same switch) or if the draw is too low (a single LED for instance). For dimmers, I’ve seen many recommendations to use the Linear z-wave switches and that’s what I installed (minimal buzz). For a single dimmer switch, the Linear and GE/Jasco are similar in price, but for 3-way, it gets more complicated. If you go Linear, you would need one Linear WD500Z-1 and two WT00Z1. But do a little research. The two brands use a different approach for their 3/4-way switches.

GE/Jasco switches use screw terminals, so they don’t add extra wires to your gang box. The add-on switches only require neutral and a traveler wire that connects back to the main switch, which will always control the load (and ground to be safe).

The Linear switches have stranded wires for connections, so they take up a bit more room in the gang box, and the add-on switches only require neutral to power it because they use z-wave association to communicate directly to the master switch that controls the load. Unfortunately, to make this association, you will need an Aeon Minimote. The Minimote is a useful device for Smartthings, but it means a Linear solution will be much more expensive than GE. It’s most useful if you don’t already have 3-way switches with traveler wires.

Thanks Scott! One other question- the existing switches are already wired in with traveler wires. There are 2 3-way and 1 4-way switch. Schematics for Jasco switches show that power and neutral must be wired to each switch- the neutrals are daisy chained between switches, but the middle and load-bearing switch are single gang, meaning nowhere to borrow power from to power those switches. Does that mean I’ll need to go the Linear route and repurpose the traveler wire to route power to the last two switches (and so that the load gets its power)?

I’m a bit confused, but maybe because I’m not an electrician, just decently handy. Do you have white neutral wires available in all the gang boxes? Sometimes these white neutrals will be wired together with a wing nut because they’re unnecessary for traditional mechanical switches. For z-wave switches they are typically used to provide the power for the radio, so it’s always listening. This white neutral will serve a different function for the master switch vs the add-ons. For the master it will power the z-wave parts, but for the add-ons it only provides power, so the switch can send a current through the traveler to signal the master. The traveler wires are daisy chained between switches. See this diagram:

Does that help? Maybe I explained it wrong before.

Thanks- this helps.I think I have been stuck midway between traditional 3-way/4-way wiring and Z-wave wiring paradigms. The neutrals (white wires) are already daisy-chained thru the boxes to the lights, and the line voltage (black wire) is currently routed through all the switches and co-mingles with the traveler wires (red) through the switches.

I need to daisy-chain the black wires, too, to ensure the load makes it to the last box so it gets to the light, then use the red wire to bridge the controls.

Also important to note- the master dimmer needs to go in the last box, the one that connects to the light, and not the first box, where the line voltage comes in. It’s a very different paradigm. The traveler must provide enough power back to the auxiliary switches so that they work. By itself, the neutral has no voltage on it when the light is not lit, so it cannot power the auxiliary switches alone.

Forgive my literal schematic showing actual wires, but I had to get this straight before I go order $70 in switches and risk destroying them by making one wrong connection. I borrowed a standard 4-way switch diagram from another site and adapted it to the GE switches and redrew all the wires and put on wire caps. Hots (black) bridge thru to the dimmer, neutrals bridge thru + connect to the auxiliary, but not the dimmer switch (I find that odd, actually, since the neutral is actually used on that same model in a single-pole dimmer situation- I have already installed one of those before). The travelers (in my case) connect up to all similarly-labeled connectors/wires, and grounds of course are connected all the way through.

Interesting that the 45612 dimmer is a terminal pin device and the 45610’s have wires coming out the back. I prefer the terminal pin as they don’t need messy wire nuts, but those are both single gang boxes, so I should have room to cap them, hopefully. (My older house- 1977) didn’t use the biggest outlet boxes.

Hopefully this makes sense- I just ordered the kit + extra auxiliary. I also consulted the 45613 (the kit) manual to be absolutely sure (http://www.jascoproducts.com/support/manual-downloads/applications/DocumentLibraryManager/upload/45613-Manual-Eng.pdf).

Just got my dimmer kits- GE’s kits are not synced up with their PDFs- they showed the auxiliary switches with wires, but actually they shipped with the pin/terminal kind, which is nice, because even though the boxes are a bit bigger, they don’t need wire nuts to tie wires together as long as it’s just pairs of wires.

It was cheaper overall to buy 2 dimmer kits, and just use the extra dimmer controller for a different light switch. That way my 2nd auxiliary switch is cheaper and I also get a cheaper dimmer.

I’ll install them this weekend and let you know the results.

Cool- it all worked. The only anomaly is that the source and load were in the same box, and they routed the power out through the other two switches and back instead of putting the load on the furthest switch. Multiple ways to wire it, I guess, so just be careful with the wires and positively identify them all before you start connecting, so you don’t ruin a rather expensive switch. A multi-meter is essential.

Good to know you got it working. The source and load could be in any box. Most electricians would pick the easiest route to run the wires. The schematic is just one of many ways to illustrate the hookup. With an old house sometime you will even see the source at the light fixture box.

This was very helpful, but it’s important to note that the neutral should also be connected to the 45612 relay switch.