I am trying to automate my kitchen lights, but I don’t think I have the standard wiring for the 3-way switches as shown on the diagrams for the GE smart switches. My setup appears to be a “power-switch-switch” setup. There is only one set of wires going to the load switch.

Is it possible to wire up a z wave 3-way using the GW switch with an add-on switch on this setup?

I’m not sure if this pic uploads, but it shows the wiring diagram 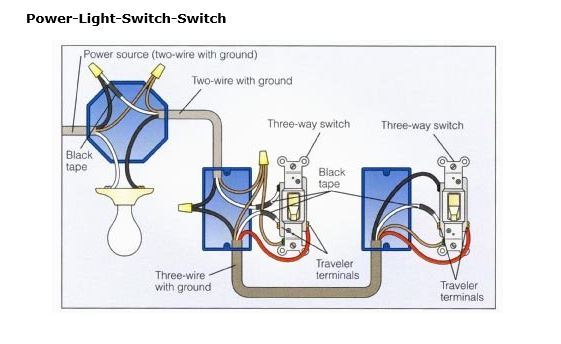 Thanks for the help
Steve 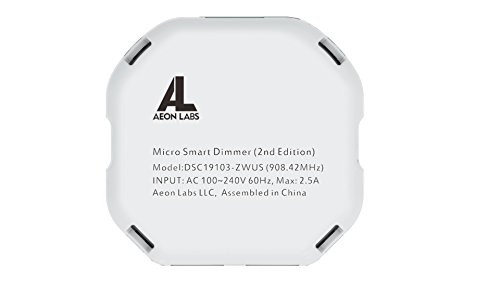 There are a few other modules out there that will work as well.

Would I be able to use the physical switches with a micro relay?

Is it possible to wire up a z wave 3-way using the GW switch with an add-on switch on this setup?

Yes it is possible and if your configuration is exactly this it would be super easy. You will need to add a NEUTRAL Jumper wire in Box 1 (Left Switch Box). This box is where you need to put the GE Master Switch. Box 2 (Right Switch Box) will only have the TRAVELER/RED wire connecting from the GE Master Switch to the GE Add On Switch. And then connect the NEUTRAL to the Add-On Switch.

Just change the connection to match the diagram below.

Are you using the old Jasco z-wave switch with no neutral? If that’s the case then it will work but only with incandescent bulb.
If you are using the newer GE smart switch that requires neutral then I would not recommend using it with no true neutral. Your switch will not last.
It would be best to go if it’s easy to run a neutral wire from your light fixture down to your switch box as stated by @jgravert . This way you will have more switch options. Unfortunately it’s Usually not as easy depend on your switch box and light fixture location.
You can follow this post here if you want to go with the micro relay module. You will be able to use the old switches to control the relay module on/off. Just not for dimming.

What the heck are these wires in my switch box? Connected Things

I still want to give it a go. But since I don’t have just one line hot wire, one black and one white wire w/ black tape heading towards switch #1, I’m not sure how to hook up the micro switch. Do I add a pigtail from the hot bundle to the line terminal of the micro switch? That seems to make sense. Seems less straightforward which wires in the box to connect to the switch terminals…