Hi I have a 100+ year old house in DC. Purchased two Jasco switches which hooked up fine to exterior lights (not dimmers). Since then, 0-3. We have a light in the kitchen which works fine with a regular Lutron dimmer but both a regular GE/Jasco on-off switch and the GE dimmer (which doesn’t require a neutral wire) won’t work. My electrician (who has minimal experience with these) says there is only one white and one black cable in the box and the “power is on the light” not the switch. We’ve then had the same problem with 2 other lights in the house including a 3-way switch. Any ideas?

Our house is 62+ years old but we had it completely re-wired. I have one light switch which is exactly as you described, the power is at the light and not the switch (We had the electrician add a switch at the last minute and, in hind sight, he cheated instead of re pulling wires). My brother-in-law is a general contractor and I had him look at it. He said even though one wire is white and one is black, they both should be white since the black isn’t carrying line voltage. The switch is just breaking the current by interrupting the neutral (white) wire from the light. Short of re-wiring the whole light/switch combo, there is no way to fix. I ended up using a GE Link bulb in that room and always leave the switch on.

Still have this problem after 2 years. Almost all of the switches lack the extra wire, I guess they just have white and black (plus a red if 3-way). Any new solutions or devices that can fix this problem? None of the switches that natively work with SmartThings seem to work.

Anyone have any advice? Or am I out of luck?

Here is one of the micro controllers 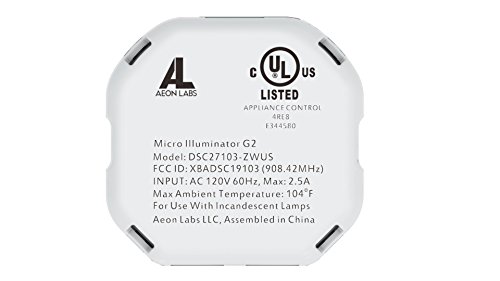