@Mariano_Colmenarejo since you are one of the most active in the community trying to integrate all devices, I currently have this zigbee button model that already works with DH, I acquired a new one but it is not working with the drivers. I wanted to confirm with you if you have something that works or could add it. Currently I’m using one of @obmaz solo que el botón por el dia empieza a encender la luces solo de los botones. Y esto no ocurre con los otros que tengo con DH. I deleted it and added it back, but I always add it with a Smartthings Switch. y i can’t put the DH back on it works. Send photo with data. 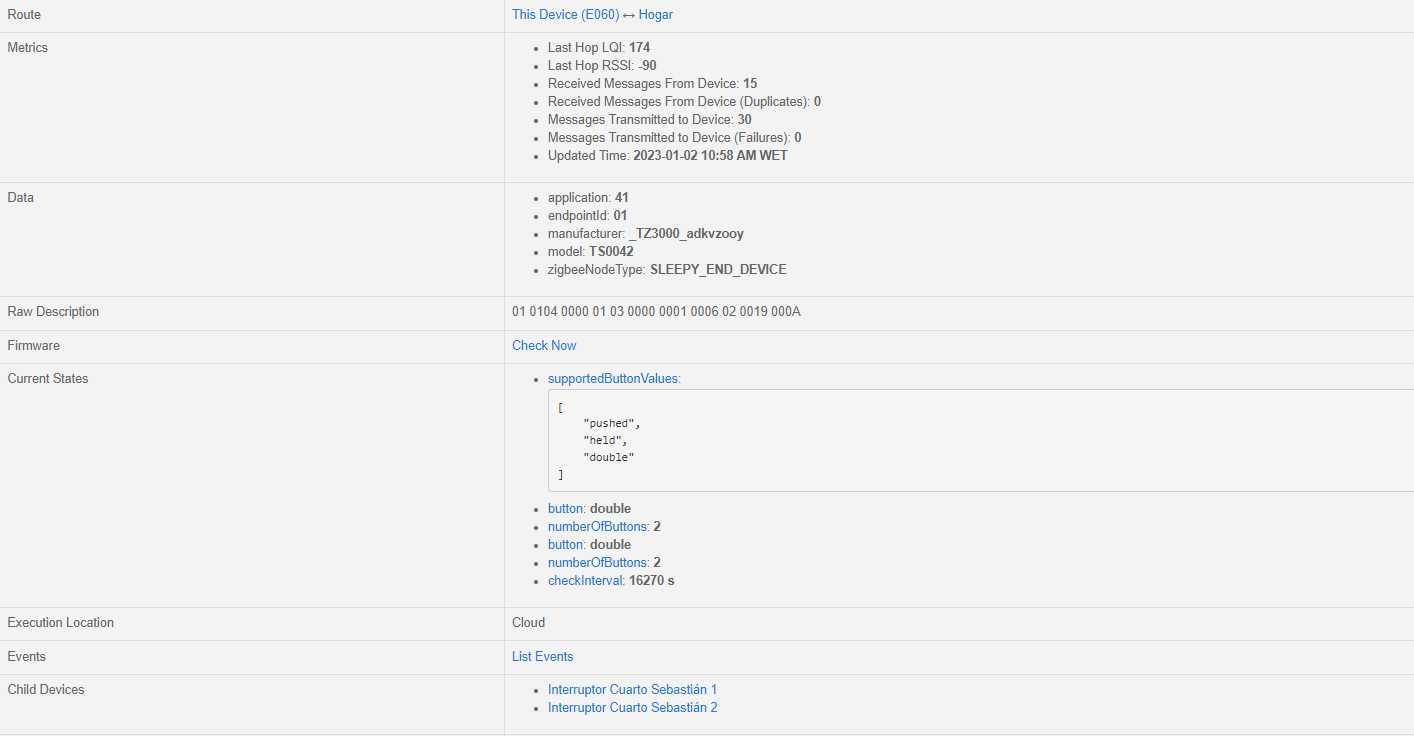 Sorry, I don’t have any button driver.
This could work with some driver from @erickv or @ygerlovin

@Mariano_Colmenarejo Sadly it doesn’t work. It only works with the @obmaz , the problem is that the battery of the device runs out very quickly in 2 days since I have no battery.

It only works with the @obmaz

It doesn’t work for you with @erickv driver because you
the fingerprints are not in its driver, you have to ask it and wait for he add them, as it says in this post

@jasondeanny @lucien @chumarro @sulisenator @dotan_shai @Timppa71 @dusanhauko @zoltan.yy @troy_owens Hey guys, I uploaded the fingerprinta you’ve asked. Here’s the links to get the new version installed: erickv-edge-drivers/zigbee at main · erickvneri/erickv-edge-drivers · GitHub @orginalksm I noticed you jus shared the supported clusters so try to get us tge fingerprint. Note: if I ever get this delayed again, do not hesitate in raising either a Pull Request or Issue at my github repository. Cheers!

@nayelyz Hello, I would like help with this case too, the problem occurs that the battery discharges very quickly, it lasts 2 days. I recently bought this device I have 6 more running on the DH. Is there any possibility that you can help me to place the previous DH so that this one also works. I have tried several driver edge users but the only one that works is the one from @obmaz, but as I told you after 2 days the battery runs out. I have already restarted smartthings, I have deleted the edge drivers but it does not let me use the DH that works. Thank you.

As this button’s fingerprints are not included in the official SmartThings driver, you need to use a custom one, Erick added your fingerprints so, we need to see if the battery lasts longer with a higher reporting interval.

Can you set up the ST CLI and execute the commands below, please?

Note: The IP address can be found in the IDE

Also, can you share where did you find the other driver you’re using?

@Jesus_De_Oliveira I have the same type of button remote. @erickv kindly added the fingerprints to his button driver yesterday - linked in @Mariano_Colmenarejo response.
This driver is working perfectly so far.

@Mariano_Colmenarejo , I think at some point the fingerprint for this 2 button battery remote has been added to your mains light switch driver with child - as the button device picks up your driver by default - and I have to change it to the correct button driver.
Is there any chance you could remove this fingerprint from your driver? or would that mess up other people’s devices?
Mfg Code | _TZ3000_adkvzooy
Model | TS0042
No worries if not - it just seems the wrong driver to have this device type in

@pedutton Are you telling me that it is working for you? Did you change it yesterday or the day before yesterday? Mine still appears with the model created by @zambobmaz

@pedutton I’ll do the tests at night and I’ll tell you something, I’ve already deleted all the drivers and I’ll try again. I ask you, is your device like the one in the photo? 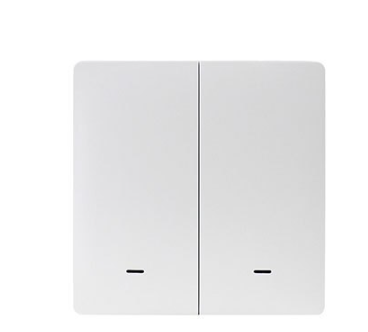 I think at some point the fingerprint for this 2 button battery remote has been added to your mains light switch driver with child - as the button device picks up your driver by default - and I have to change it to the correct button driver.
Is there any chance you could remove this fingerprint from your driver?

Thanks for report this issue. It was the second device added in the list one year ago
Removed in this version

I’m using this driver and it works