Z-wave device switched off, still acts as a wireless repeater?

If a Z-wave bulb or Z-wave plug-in module is switched off, is it still acting as “wireless repeater” or the outlet and bulb has to be always ON?

The device has to have power to it for it to be a repeater.

So if I use a motion sensor wall switch to control the Z-wave bulb then will the bulb be acting as repeater? or the bulb has to be always ON? Not sure how one can keep the bulb always ON to use as repeater?

Also if Wall outlet is always ON but device connected to Z-wave (12719 GE - Z-Wave Plug-In Smart Wireless Switch) is OFF the is the functionality of repeater ON or OFF?

So long as power is supplied to the wall outlet, wall switch, pocket socket, or bulb, the repeating function works. None of these must be in the on position in order to serve as a repeater.

As long as there is power going to it so that the radio is on it will act as a repeater. If you shut off power to it with a switch ( you should never turn off power to any smart device, but in case you do ) it will not repeat.
So in the case of your bulb no the light does NOT need to actually be projecting light, there just has to be power to the light socket.

Thanks, the information helps. Is there a way to check that the device is functioning as repeater?

Ok, Ok, I think I have a bead on it now. This motion control wall switch is controlling power to a z-wave bulb. By the way are you sure it’s a z-wave bulb and not zigbee?

OK Lutron confirmed no power when motion switch is in daylight or timeout mode. so have to think other alternatives

So if your using a “smart bulb” why not just keep power to it ALL the time so the radio is powered and can listen / repeat commands.
Then get any of the many “smart” motion sensors to be your trigger for smarthings to tell the light to come on. I use the Lowe’s Iris motion sensors in my house.

Or just put a dumb led bulb in place of the smart bulb and let the motion switch (already installed) control it?

To what “Z-Wave bulb” are you referring? 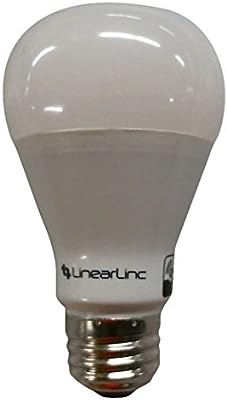 Smart bulbs, whether they are Z wave or zigbee, are designed to always be on power. Then the bulb decides how bright or dark it should be, including a setting where the bulb looks like it is off, but it actually still has power. That way the bulb is able to hear the next “on” command from the network.

If you read the manufacturer guide that comes with the bulbs, you will see that they are not intended to have the power cut to them on a regular basis. In fact, that can greatly shorten the life of the bulb as there will be inrush current to the radio when the power is restored. That’s not a big deal if it’s just caused by an infrequent power outage, but you definitely should not have a switch, motion sensor controlled or not, which is regularly cutting the current to the bulb.

So you should not have that Z wave bulb controlled by a Lutron motion switch.

When the Lutron switch cuts the power to the fixture that contains the bulb, The Bulb will no longer be able to repeat. And it will not be able to hear the next “on” command from the network. And when the power comes back on, there is a very real danger of the inrush current damaging the radio in the bulb.

You should find the following FAQ of interest. (This is a clickable link) there are many ways to approach the issue of making sure the smart bulb always has power while still having a wall switch.

So odd as it sounds, for some reason I need to keep my power outlet turned on to repeat and also to get signal. Mind you it has been a bit cold lately, could that be the reason? Or what do you think might be happening?

Something isn’t working as designed. The remotely controllable on/off state of the plug should have no effect on the ‘always on’ Zigbee portion of the plug (which performs the repeating function. When it goes away, so does your multi-sensor if it was routed through it). If you’re sure that nothing is interrupting AC power to the plug (is it on a switched outlet?) then my guess would be some defect in the plug (perhaps a cold solder joint?) is sensitive to temperature or vibration. Maybe the physical ‘push’ of the local on/off button is enough to get it temporarily working again.