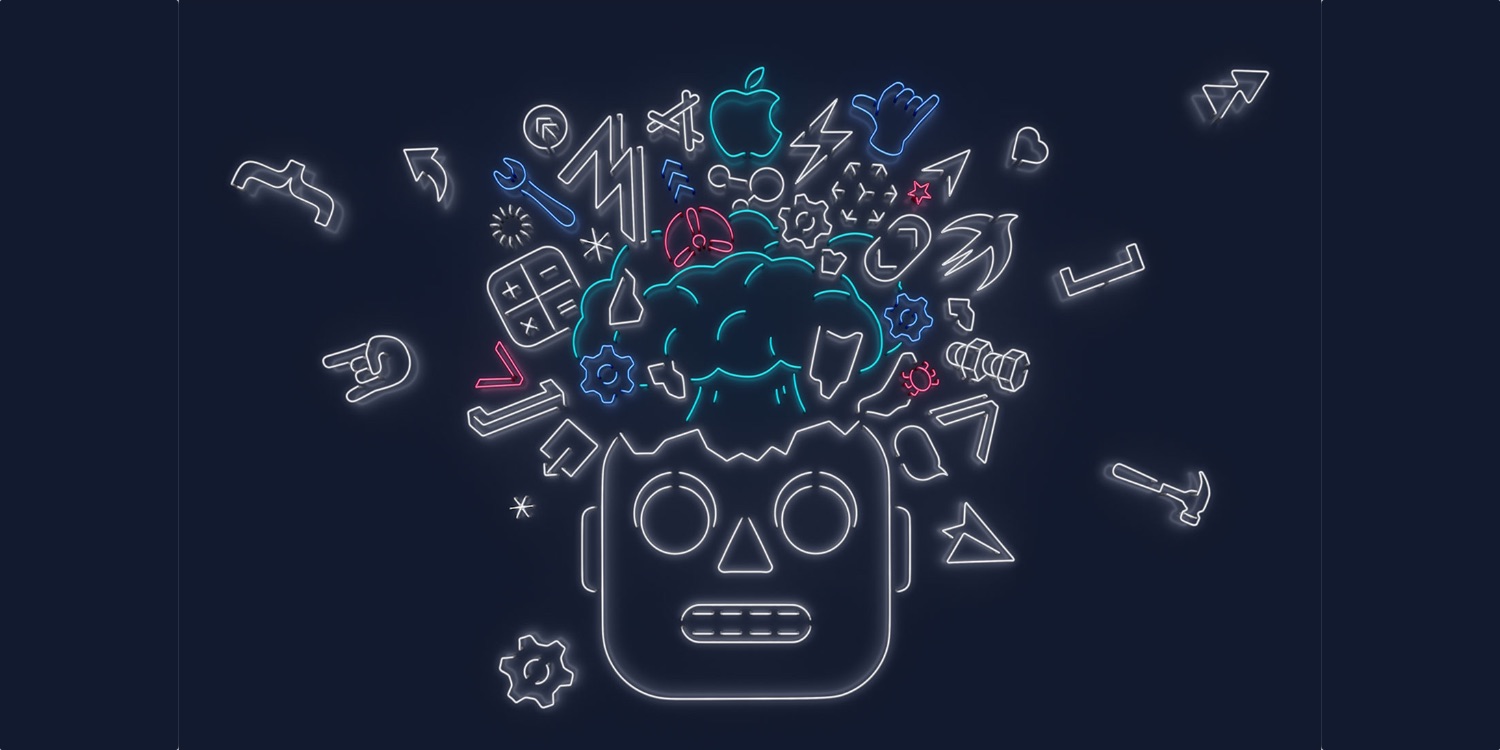 Apple has confirmed with press that its next media event — the opening keynote of WWDC — will take place on June 3rd at 10 a.m. PT/1 p.m. ET. The keynote will be held in San Jose, California, at the McEnery Convention Center where Apple’s Worldwide...

What to expect from Apple at WWDC 2019

This year's Worldwide Developer Conference should make a big splash -- here's what to look out for. 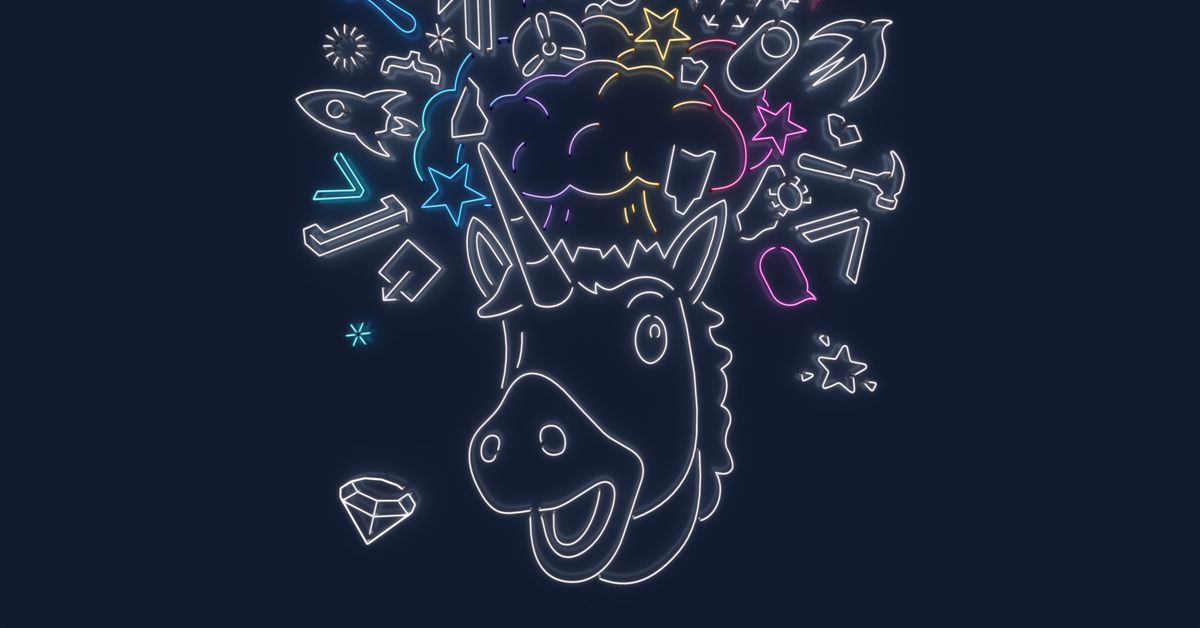 Plotting out the future of big-screen computers.

How to watch Apple's keynote at WWDC 2019 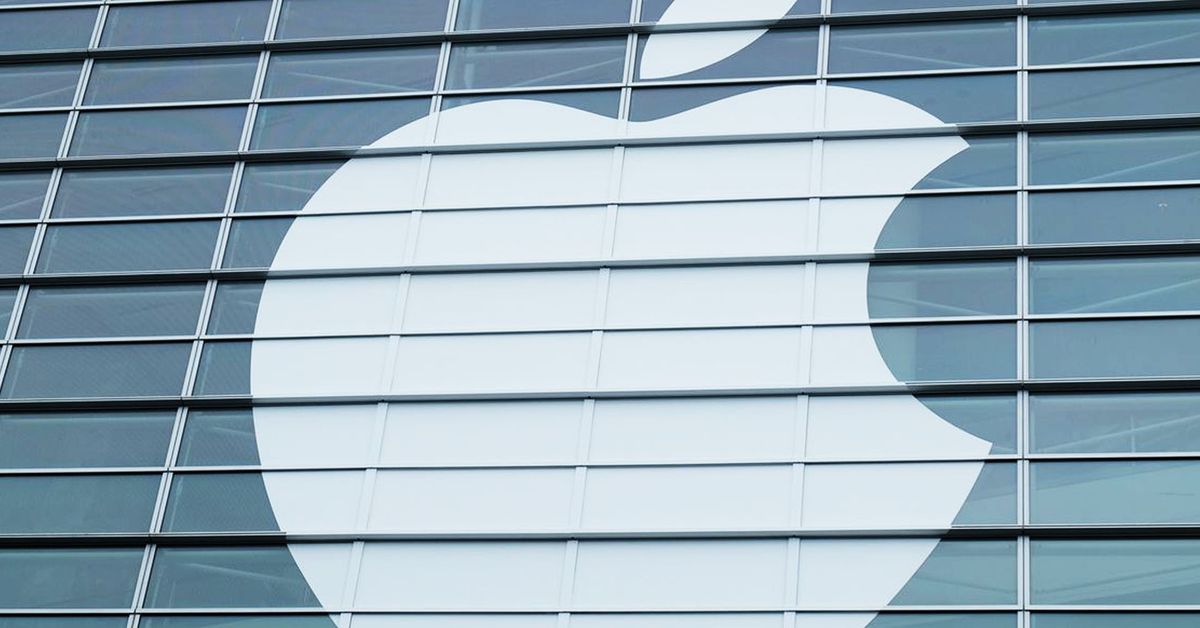 For a nice change this year, several IOT manufactures are announcing new HomeKit-compatible accessories timed with WWDC. We’re used to seeing this with CES, but not so much for apple’s event. Here are a few:

Hue will offer a new pocketsocket and both the US and the UK as well as new filament style smart bulbs for the EU. Conflicting early reports on these, some saying that some models are Bluetooth. But all are expected to work with HomeKit. Any Bulb models that work through the hue bridge should be able to eventually use that integration to work with SmartThings, but custom code may be required at first. Not sure about the pocket socket yet. Release is expected in the fall. 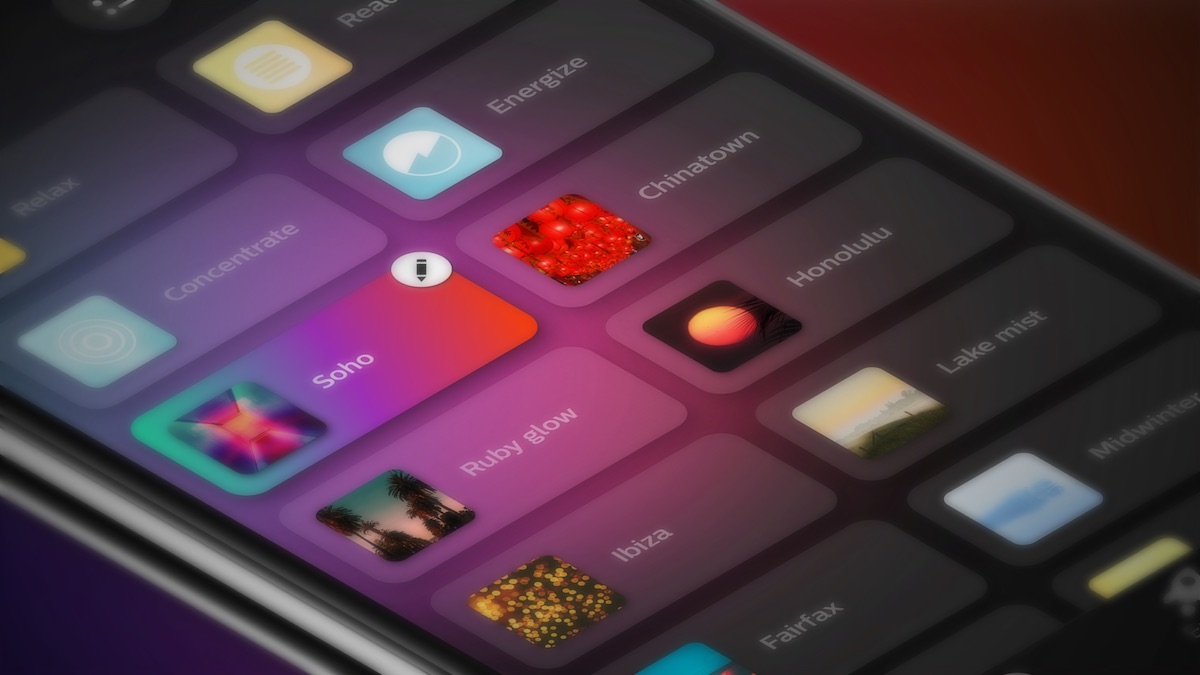 Philips Hue is planning to launch a new collection of accessories this fall, according to a new report today by iCulture. The collection will include...

No surprise here, Ecobee’s new model is now ready to ship. But some of the feature details are new, including dual band Wi-Fi support and significantly improved speaker quality. This should work with smartthings for the basic thermostat features. 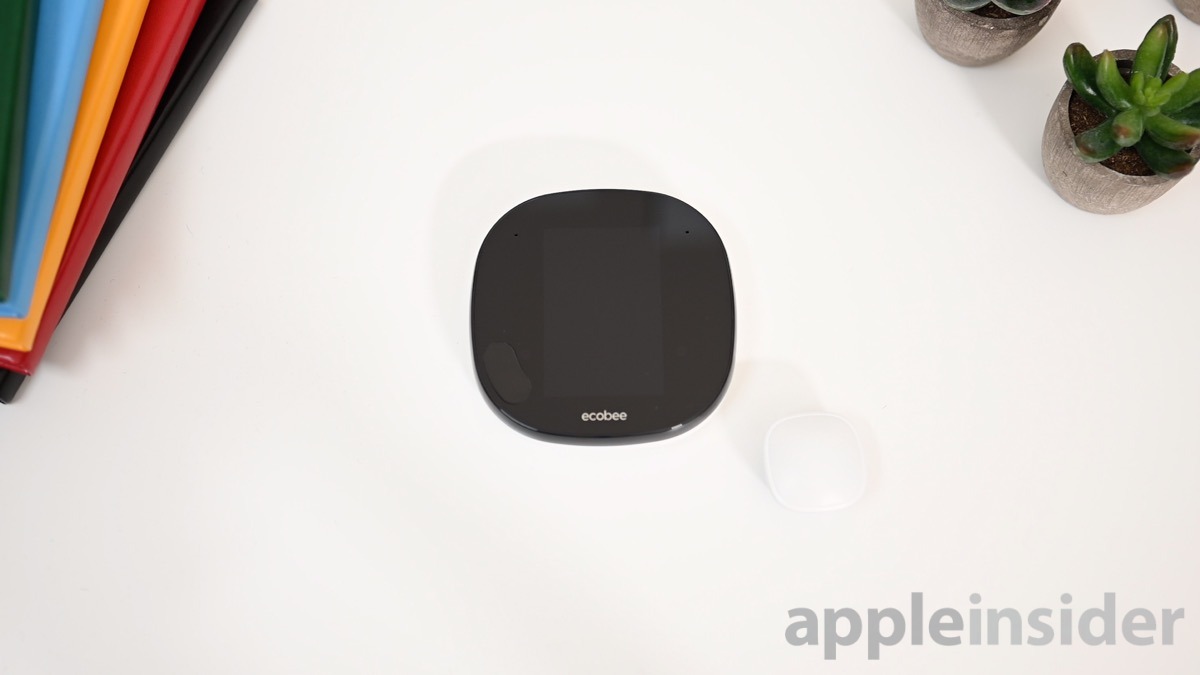 Review: The ecobee SmartThermostat is the best choice for HomeKit users but...

After making waves with the ecobee4, ecobee is back with their latest thermostat and is dropping the numbering scheme. The new ecobee SmartThermostat is an upgraded smart home thermostat that takes aim at the premium market with speed, better design,...

Ecobee also touts improved performance with the SmartThermostat, claiming it is three times faster and improved reliability with 2.4GHz and 5GHz support for dual-band WiFi.
.
Much like its predecessor, the SmartThermostat with voice control fits the smart home trifecta, integrating Alexa, Google Assistant, and HomeKit. This allows you to control the thermostat via all three voice assistants and their respective applications on iOS.
.
It also features a powerful new speaker, which Ecobee says can be used to stream music from Amazon Music, iHeartRadio, Pandora, TuneIn, and Spotify. Unfortunately, there’s no support for Apple Music yet – or AirPlay 2. The SmartThermostat does feature Bluetooth, so you can stream from it to a separate speaker.

Belkin WeMo Is ready to ship its new “three-way” switch which offers some grouping and three-way capabilities. It looks like it will be the master on a three-way and can be connected to dumb auxiliaries, but I’m waiting to see more of the specs to be sure on that. It probably won’t integrate directly with SmartThings, but it does have an IFTTT channel that exposes some features. 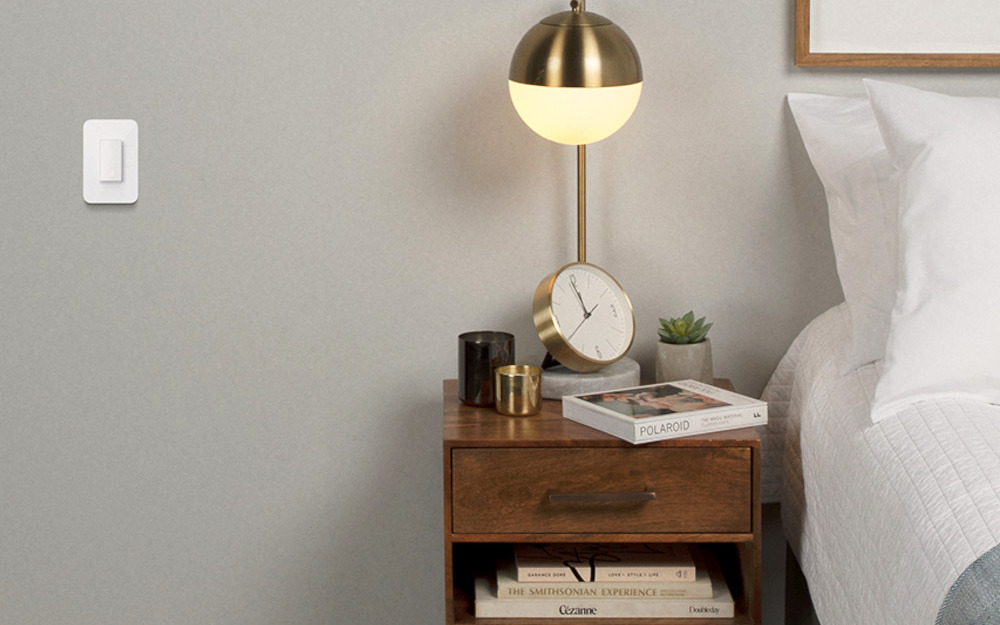 Speaking of aiming at the premium market, Kwikset is ready to start shipping its HomeKit – only Premis model. Weirdly to me, the black model lists at almost twice the cost of the silver, and is more expensive than the comparable Schlage model.

That’s a big change for Kwikset, which is normally less expensive (and more cheaply engineered) then comparable Yale or Schlage devices. If this thing sells, it will underscore the main attraction of HomeKit compatibility for device manufacturers: the ability to charge a premium price for aspirational models. Smartthings users now need to be extra careful when ordering Kwikset models to make sure you are getting one that works with SmartThings, as the HomeKit models will not.

Kwikset has opened up orders for its latest smart lock. Available in black and silver, the Premis features a touch screen, HomeKit support, and more.

Xioami Aqara is releasing a ton of HomeKit-compatible devices, but note that HomeKit compatibility requires Using their gateway so you can’t simultaneously use them with SmartThings. These will give IKEA and TP Link a run for their money in the budget category for HomeKit, though. Again, smartthings users will need to start reading product descriptions much more carefully to determine which features will be available when you are not using the Xioami gateway.

Xioami Aqara did also issue yet another warning (in Chinese) that many devices sold on Alibaba may be counterfeit, and they will not guarantee that those will work with HomeKit. Here’s the previous release that was in English: 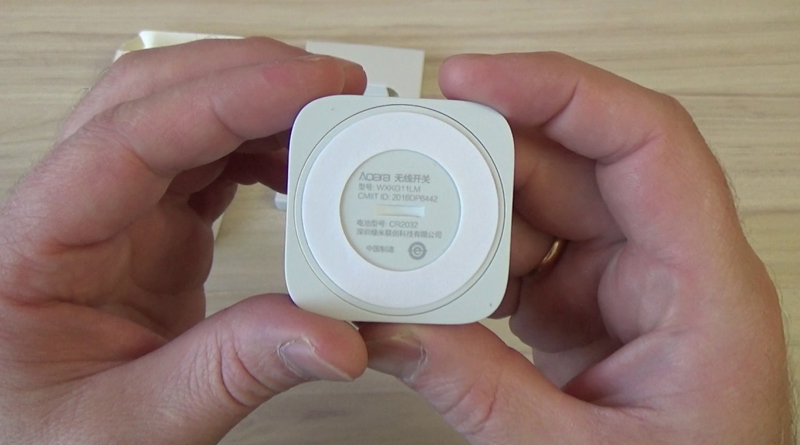 This article has been updated to reflect further information provided to us by Aqara. The updated information is at the end of this article. Aqara have released a brief statement via their Twitter account, clarifying the

Savant put out four separate HomeKit - related press releases last week, Mostly about audio equipment. You might be able to get to some of these from SmartThings by using Siri shortcuts, but set up will be a little awkward.

They are also offering a new product to their pro-installed line for control of individual circuit breakers. You would have to have a full savant lighting system for that, though, and then any smartthings integration would be through Siri shortcuts. 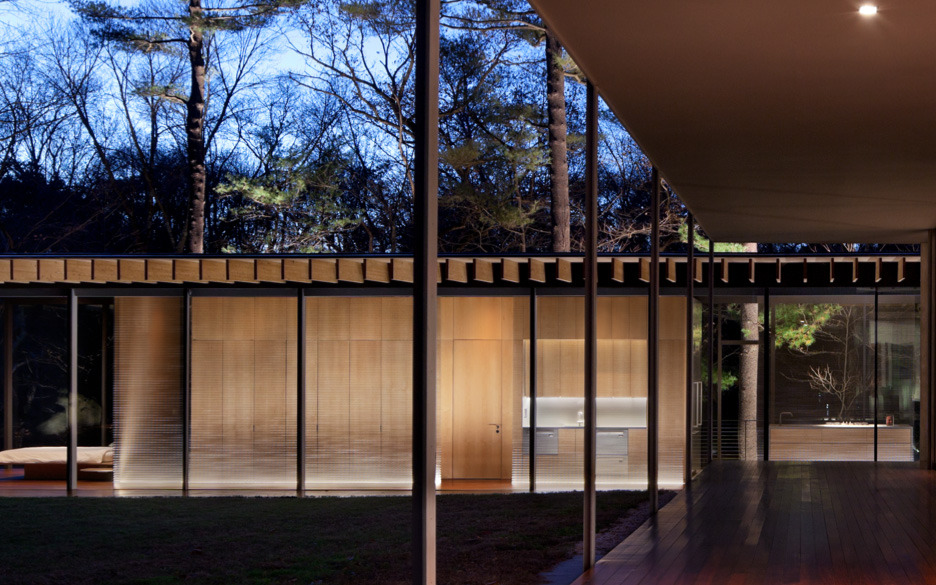 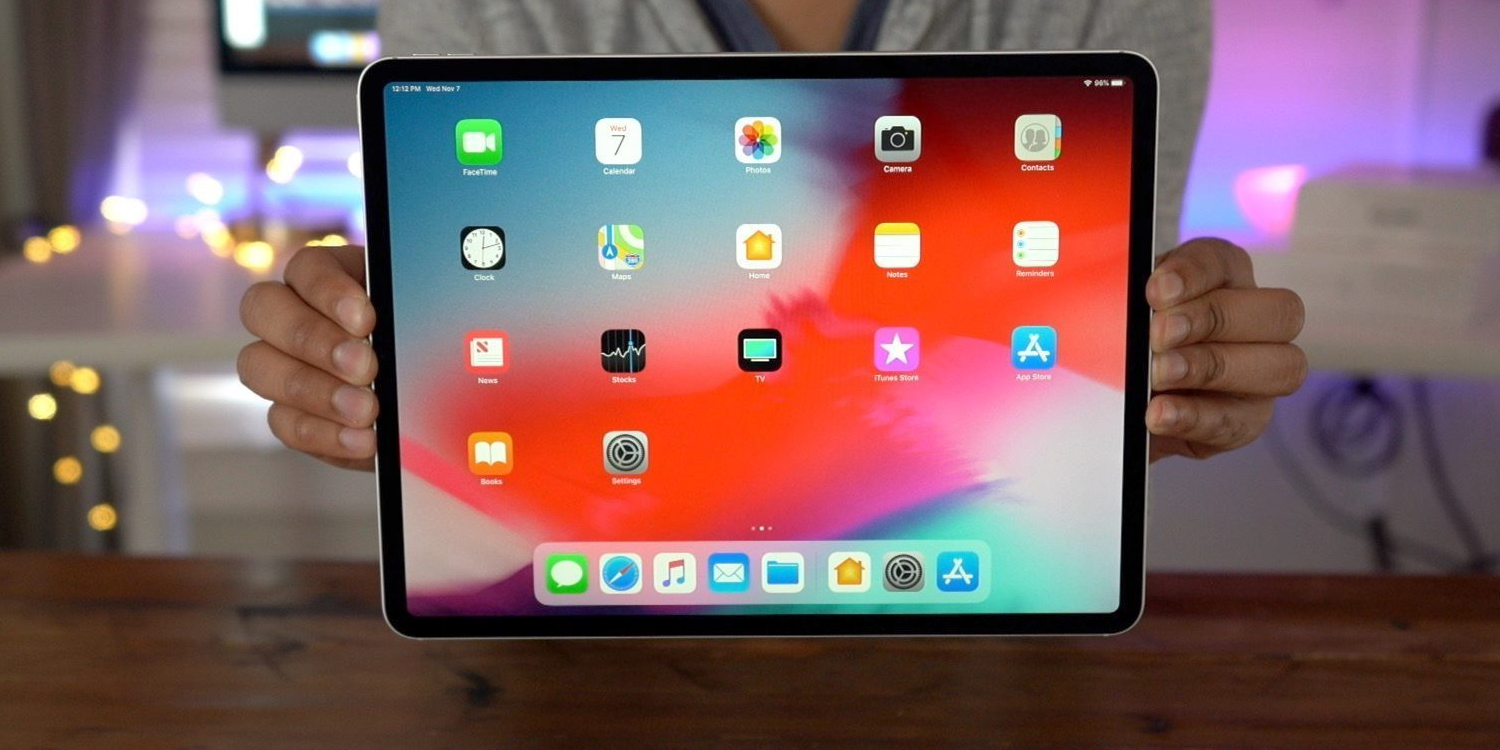 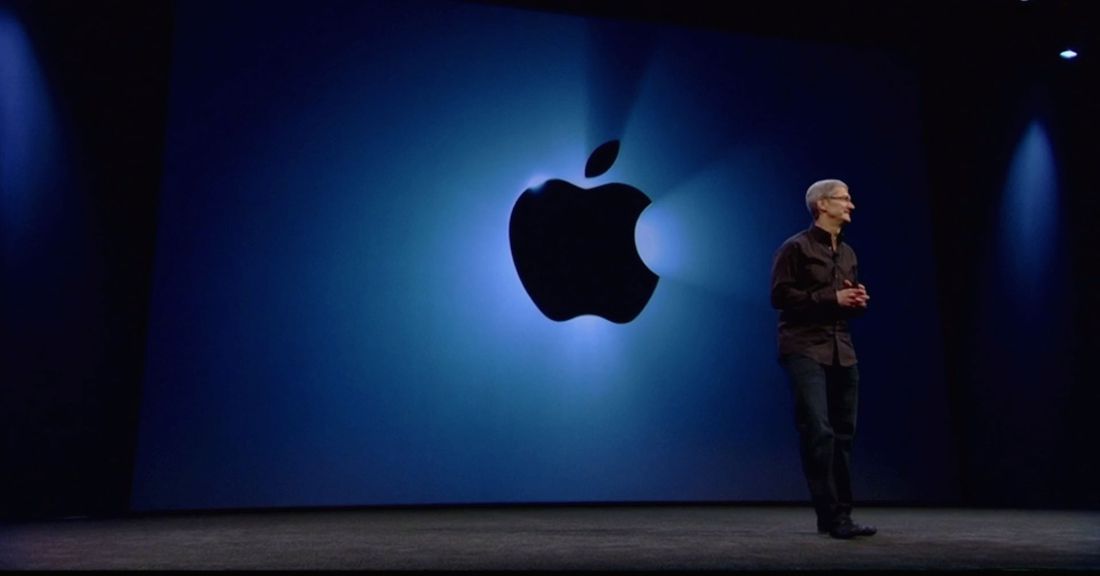 This year is going to be a big one

Apple has today unveiled tvOS 13, the newest Apple TV operating system, on stage at its WWDC 2019 keynote. Earlier on today’s keynote, Apple previewed one of its original shows, “For All Mandkind”, that’s coming to Apple TV in the Fall. The new... 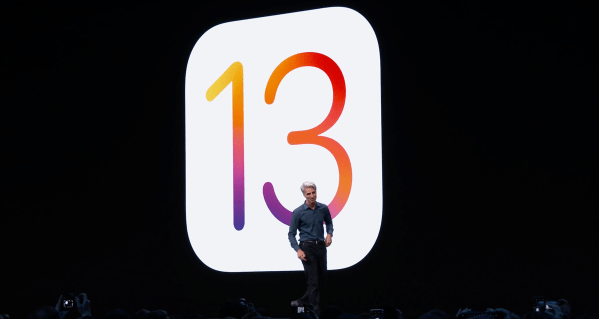 Forget what it looks like, get to the good stuff.

Also, you will be able to have multiple windows with the same app open at one time. That could be useful if you are using the iPad as a IOT control panel. 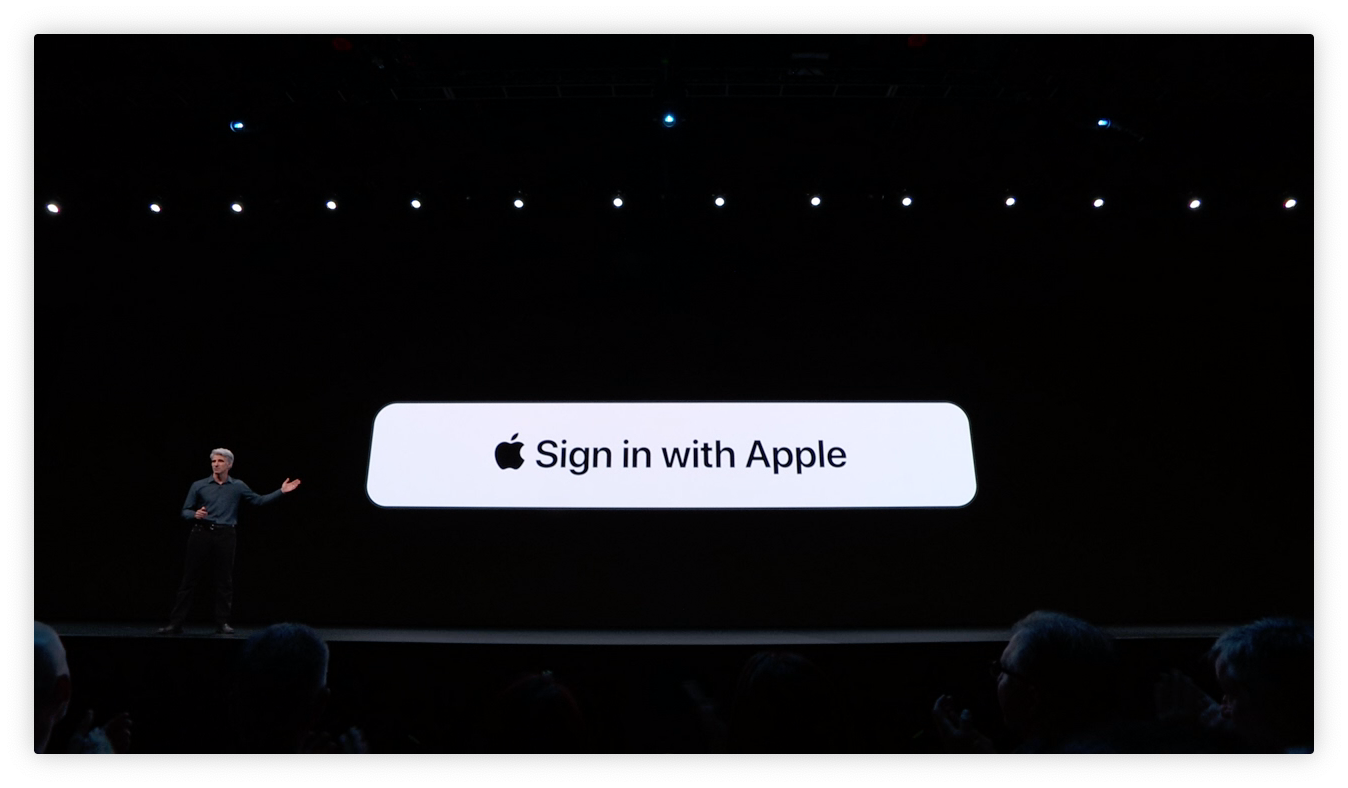 Apple launches Sign in with Apple button for apps, 'no tracking' login - 9to5Mac

Apple announced a new Sign in with Apple button as part of its iOS 13 announcements. The button offers Apple ID single-sign on functionality similar to sign-in buttons from Twitter, Facebook or Google. Apple is marketing this as a privacy-secure... 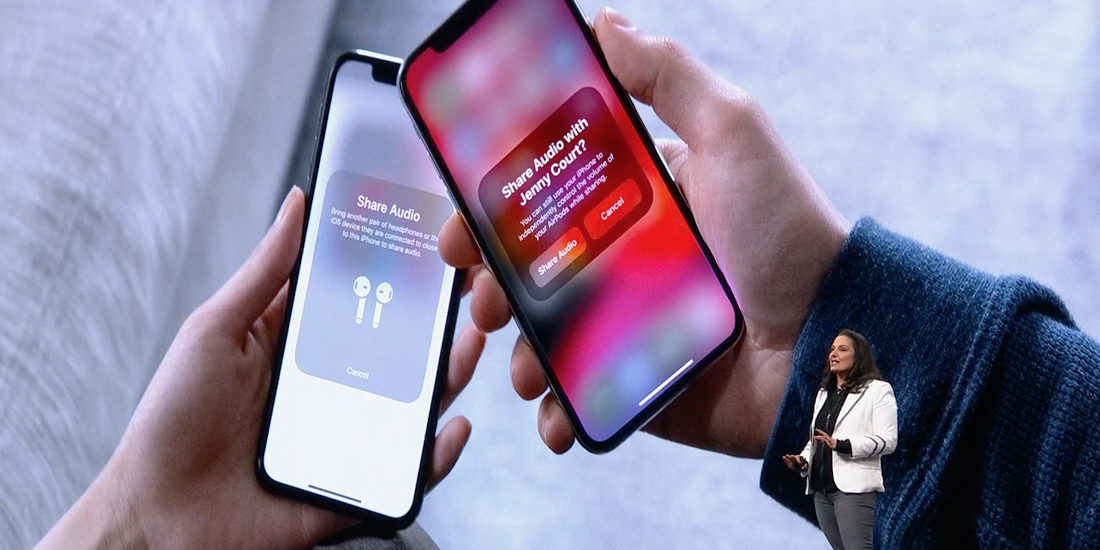 In iOS 13, Apple has several new features dedicated for AirPods. First, incoming messages from Apple Messages or compatible third-party apps will be automatically played in your ear, and you can reply with your voice. Apple is also adding new... 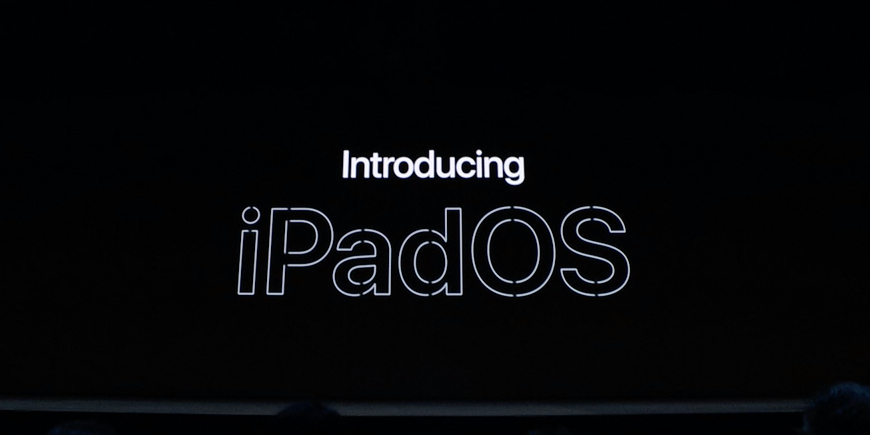 Apple has rebranded iOS for the iPad as iPadOS. The homescreen is denser with more icons per page, and you can slide out a permanent widgets column on the left of the screen. 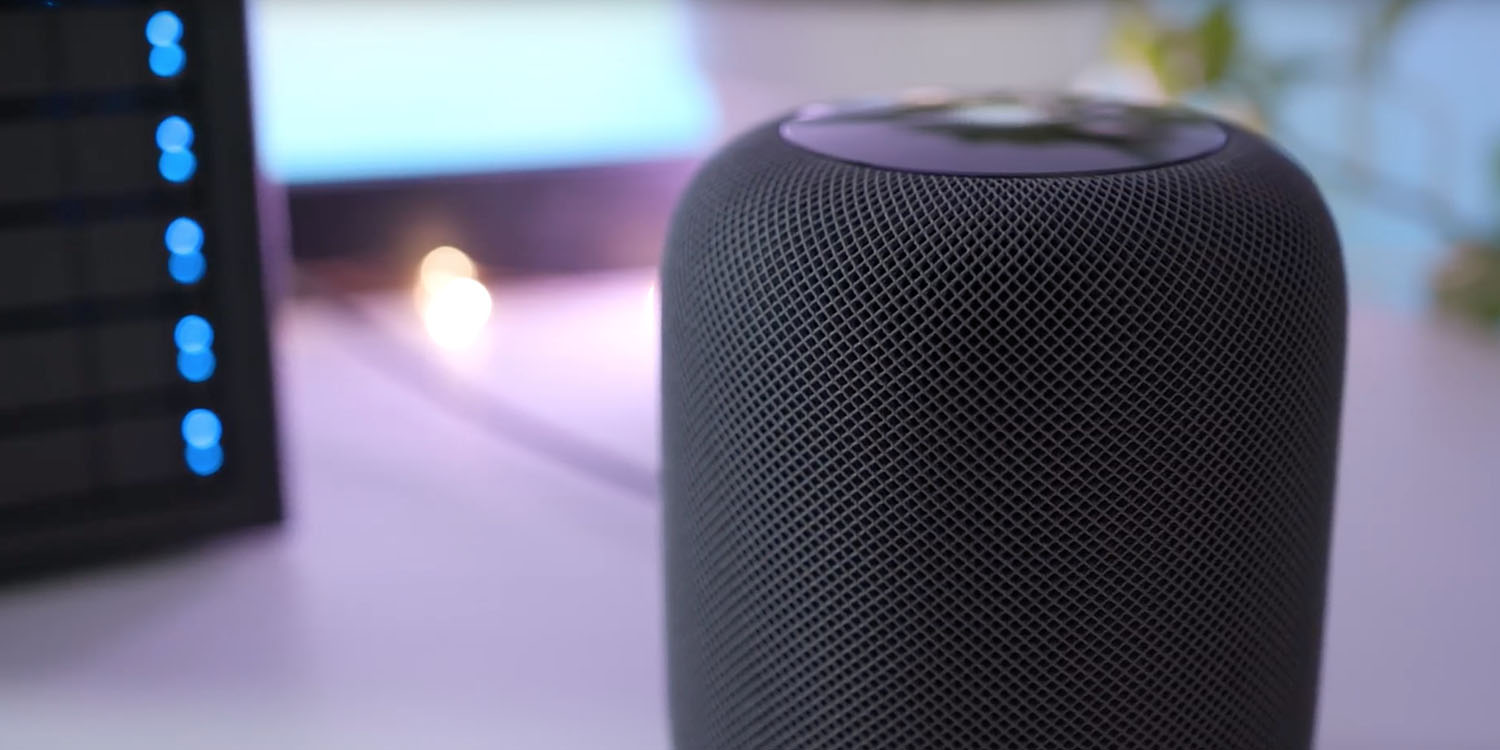 HomePod gets multi-user support, along with music handoff - 9to5Mac

HomePod is finally getting multi-user support. First, it will learn the musical tastes of each user, recognizing their voice. This means that each person in the home can make requests like ‘Play some music’ or ‘Play my favorites’ and HomePod will...

At WWDC 2019 today, Apple offered our first look at its brand new Mac Pro. Read on as we roundup all of the details about Apple’s new professional-grade machine. The new Mac Pro is a return of the cheese grater design. Apple unveiled the trash can... 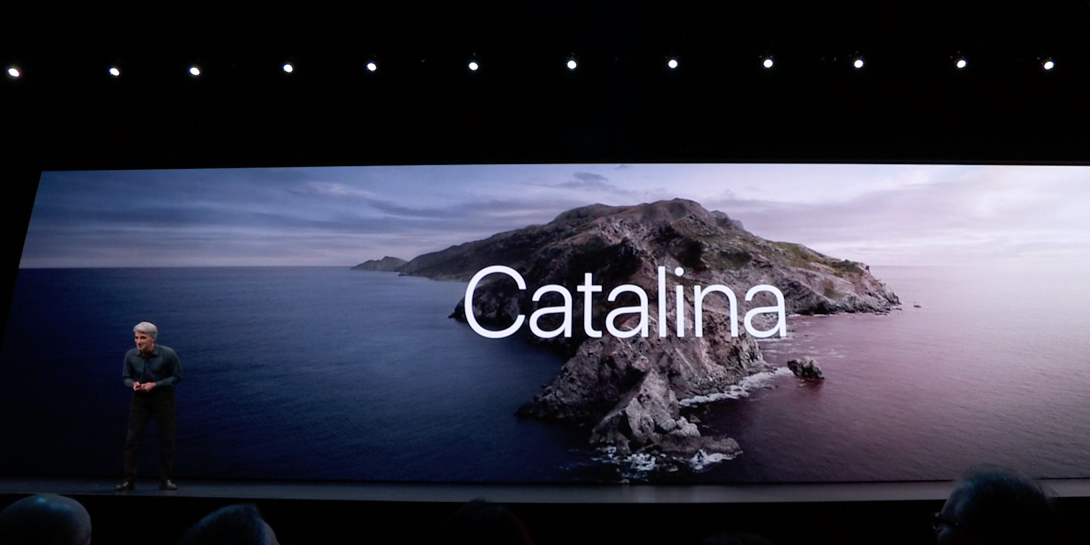 Apple has just announced the latest version of its desktop operating system, macOS Catalina. macOS 10.15 Catalina brings the death of iTunes and brand new Music, Podcasts and a TV app. iOS device sync has moved to the Finder. Podcasts features...

I want one of these…

Today Apple launched a brand new high-end reference-grade LCD HDR display alongside the newly redesigned Mac Pro. The new monitor, which Apple is calling the Pro Display XDR is a 32-inch LCD display with a 6016 x 3384 6K native resolution and over 20...

For people who are not part of the Developer Program, there are the public betas, which will be released in July. 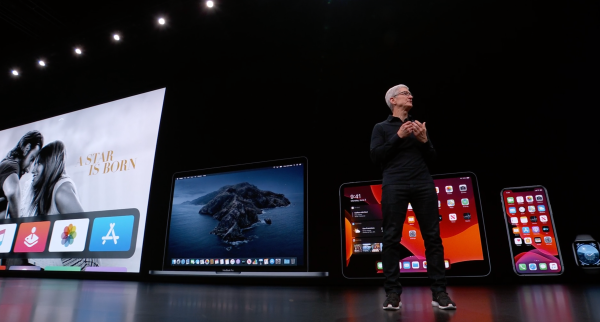 Apple has just released the first developers betas of iOS 13, iPadOS 13, watchOS 6, macOS 10.15 and tvOS 13. The updates are available through the developer portal, for members of the Apple Developer Program. Currently, the iOS 13 beta must be...