Convert your old dock speaker in DLNA and Airplay

It has DLNA and would works with Generic Media Renderer

LOL, I actually canceled my order for the WeShare the other day (bad reviews) when I saw this one… The Lario is on it’s way, so I’ll follow up once I get a chance to tinker with it.

Boston Acoustics MC200 Air, it should works with Generic DLNA

Just received my Pioneer A1, off ebay and will test connecting soon.

Has anyone successfully linked up with the Pioneer A1?
Any tips to share?

If you have questions after read the post, send us your questions to speed up your installation.

I got my Rasberry Pi B+ working as a DLNA renderer. You can then connect that to any other audio speaker (external speaker, A/V receiver via HDMI/3.5mm). It’s a really stable option. The only issue is that the built in 3.5mm output jack on the RPi is not very good - I don’t think it’s filtered, so it causes buzzing/humming. Easily remedied by using a USB to 3.5mm adapter, or sending Audio out over HDMI. Here’s a link to the tutorial I followed. It takes about an hour to configure the software from scratch. I’ve tested it a lot and it’s very stable even with reboots etc. This also made my wife happy as I didn’t need to spend money on ‘another device’! I originally bought my RPi to act as my home automation hub but the software (HomeSeer) was powerful, but too techy/clunky, so a year or so later I ended up with ST. Anyway…

The link below takes you to a different post/page on the same website listed in the first post of this thread for the RPi. This link is for setting up the RPi just as a DLNA renderer and this is all you need for it to connect to ST as a ‘speaker’

What we are aiming for A music system with a Raspberry Pi plugged in to an amplifier playing music that you choose with your mobile phone. The music can come from MP3s on your phone, from files on you

Hi @Phil_AbiNajm, Could you share your experience with the Lario Device? thanks

Harman Kardon Aura it should works with Generic DLNA 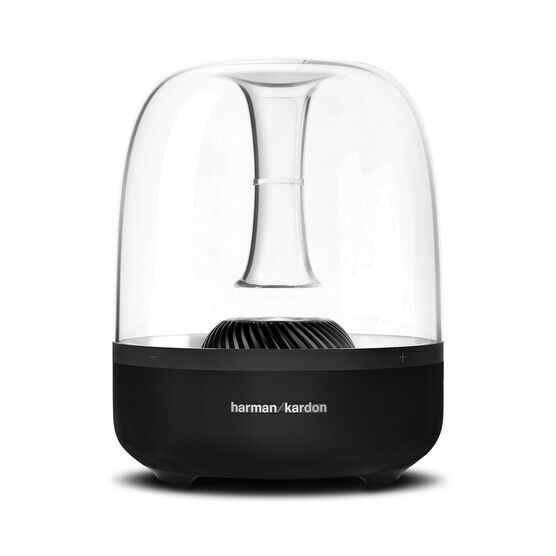 Its a light and speaker, and have DLNA.

I’ve been waiting for someone to make a wifi version of these light bulb speakers (as opposed to Bluetooth)! @ule, do you have any experience with those StriimLIGHTs? Does this company make good stuff?

Hi @obycode, Sorry I dont known if its a good company, I just think is a versatile product, I dont have any experience with this product. This version is wifi and have dlna (AwoX StriimLIGHT Sl-w10) do not confuse with the bluetooth version.

Ok, thanks. Anyone else tried these yet or do I have to be the guinea pig? Unfortunately, it seems that they don’t sell the combination of features that I would really like, the WiFi speaker with DLNA plus the light bulb with full color controls.

Fidelio A5 wireless Hi-Fi speaker , it should works with Generic DLNA

Aperion Wireless Speakers Aris , it should works with Generic DLNA