WDTV LIVE: App crash as soon as I try to control the device

hi @blancofran, Have you the last release?

ST has update the db yesterday, but I have no problem with the player, can you give us more information?

Having a hard time totally understanding this. If I have a DLNA receiver, in theory, STs commands should report from the speaker its connected to? Is that simply it? Sorta like how Sonos would react to a door opening, or water in the basement? Im not totally understand the music portion being controlled through STs. I have my harmony connected to STs so I have a scene controller that fires up my audio receiver, roku, pandora directly, with the touch of a button. Would there be a way to get whatever I have running on the Roku through the receiver working on a DLNA receiver plugged into a cheap speaker?

If I have a DLNA receiver, in theory, STs commands should report from the speaker its connected to? yes, Of course you need to install your DLNA (Media Renderer) into smartThings.

Sorta like how Sonos would react to a door opening, or water in the basement? Yes, You must have an app to select the events you want to send to speakers (ex media renderer events)

Would there be a way to get whatever I have running on the Roku through the receiver working on a DLNA receiver plugged into a cheap speaker? I dont think Roku is a Media Renderer, sorry I dont have a Roku.

Im not totally understand the music portion being controlled through STs - ST do not control your music, is not a DLNA controller for music, the commands are so limited and you can not list DLNA servers or other content, ST save all tracks you send to your speakers and list those track to send it like event , but is not a play list. you ned to send your music with some Controller like Tecnichs , denon or sony music remote (read the firs post of )

@ule. Thanks !!! Good explanation. So I’d install a media renderer (software) in STs…like a smart app. Then the renderer would tell the device to talk to me/speak commands as it sees it in STs.

I saw a demo of someone using media type controls within STs controlling their media, but that was on a computer. Anyway I think I got it.

I need a cheap solution…maybe a device with an rca output or 3.5mm output to an old iPod dock will do the trick?

Hi @elite, if your device is installed with media renderer device, you can control the basic commands like stop, play, mute, forward, back, etc, those commands do not load a song or track, just control the device, if you want to load music you must to use some DLNA controller, your media renderer can be a hardware device or a software device like computer, android, iphone, etc, There are many options in this post the cheapest I have found its ireciver but still need confirmation,

I have an old iPod with a Harmon kardon dock. I’m thinking this could be a simple notification solution. As far as music I get it. My library would have to be loaded somewhere and then I could control basic functions. I actually do alot more streaming IE Pandora do for now I’ll stick to notifications. Wish my echo could do it but I understand amazon hasn’t and probably won’t open it up to do so. I’m getting it i think…;-). Now I gotta figure out what to load on the iPod but I’ll reread the thread and figure it out. Pretty cool stuff. Just got garage door controller today…every day its something smart! My wife hates it lol.

I can confirm that the HEOS 1 works just fine =)

I can confirm the BubbleUPnP app on Android works.

I’m assuming if nothing appears after Discovery has started that means my DLNA device is not supported, correct? I’m using a Raspberry Pi B+ running RuneAudio. It is connected to the network via ethernet.

Hi @FlyersPh9, you can check your Mediarenderer with a control point before discover it in ST, read the first post

I’m running Volumio on a Pi 2 and it’s working great if you want to add it to the working Hardware Devices.

Volumio is a free open source Audiophile Music Player. Quick Start Guide. Get Started! From 10 minutes from download to joy. 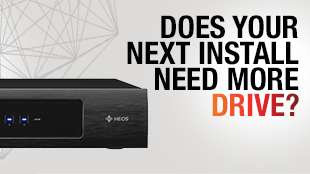 I can add the Pinell supersound II+ to the list also.

What about just playing announcements to speakers attached to a Linux server? Possible? Have I missed something really simple because I am ryig to wrap my head around too many other things more complex?

nice radio, how much and where i can get it in US?

Actually, don’t know if they’re selling them outside Norway/Sweden, but they work of an adapter connected to the mains (12V), so in theory that part could be covered with a different adapter.
Don’t know what frequency dab has over there, but Internet radio and Spotify should work either way.
Price is about the equivalent of 160$

Could probably use Google translate at the page.