Okay so I’m still learning so go easy on me.

Is there such thing as a tablet with Ethernet connection?

Does POE mean that the device is receiving only low voltage power through the ethernet cable or is it receiving internet from the router as well?

I’m looking to wall mount a tablet (have not purchased yet) and have direct to router connection, charging and have all wires concealed.

PoE carries power and data over a single ethernet cable. A PoE switch, generally outputs 48 volts DC. For tablets an injector such as this one allows you to use and non-PoE switch and enures the tablet gets 5 volts DC.

Okay so with the link you posted, I could run my CAT 6 in wall Ethernet cable from my router to the wall mounted tablet location and plug the end of Ethernet cable into that device you posted and then into the tablet? Which of the male connection on that injector plugs into the female slot golf the tablet and does it receive internet that way?

Most tablets are only designed to run over Wi-Fi, not directly cabled ethernet. Using a POE cable for the power won’t change that.

The following company makes these kinds of adapters for schools to use, and they have a good information page:

Before you purchase one of our fast Ethernet Adapters, you want to make sure it will be supported by your device.

I think there are a couple of non-surface type Windows tablets that do have an ethernet port, but to be honest I’m not sure.

Yes, there are some tablets with ethernet connections, but they are mostly older Windows devices. There are a few android ones which tend to be really big and intended for commercial wall displays and probably aren’t what you were looking for. Those are also very expensive.

Alternatively, there are some android tablets which can use their USB port with a dongle to accept an ethernet connection, but when you do that, you can’t use the same port for charging the tablet.

Why do you want to use ethernet instead of Wi-Fi, which is already wireless?

As far as good ways of mounting a wall tablet so that the wires don’t show, see the following thread. Lots of different approaches are discussed there, some with pictures.

Many people use actiontiles without that kind of complaint.

Obviously, I don’t know for sure, but my guess would be that the issue is with either the mobile app or the cloud connection. Ethernet isn’t going to change that.

HousePanel is another option for you. It is more work to set up but has more flexibility than other panels.

[RELEASE] HousePanel 1.75 Finally I have implemented the ability to edit page names, remove pages, and add pages from the GUI without editing the hmoptions.cfg file manually. With this version little dots show up on the tabs to edit or remove the page when in Edit mode. If you click the green dot you will be able to change the name of the page. If you click the red dot you can remove the page after confirming that you really want to do that. All tiles will be removed from any removed pages. They will still be in your configuration but they won’t show on that page since that page will be gone. On the far right side a new button shows up that will add a page when clicked. The added page will have only a clock tile initially. Page reordering is still available as before in Reorder mode. I f…

I assumed with something like action tiles it would be the same issues which would be annoying on a wall tablet which I want real time up and running all the time.

We haven’t had many folks with any sort of wifi disconnect issues. My home wifi is a tiny-bit sketchy, but I’ve only seen my ActionTiles on Fire HD 8" tablet disconnect perhaps twice in 6 months.

You might find a tablet compatible USB adaptor compatible with your tablet.

Here’s an example, though I have no personal experience with this sort of adaptor:

Size:USB-A MODEL 1: Compact light weight USB-to-Wired-Internet Adapter is ONLY FOR TABLETS AND COMPUTERS THAT SUPPORT ETHERNET.Check for an Ethernet Menu in your...

Do you have your tablet set to not sleep wifi when plugged in? Most android devices are set to turn off the wifi radio if it’s not used within a set period of time to save battery power. You can set the tablet to not sleep the wifi when it’s plugged in. That might be the reason your lose your wifi connection.

How did you get it on Fire tablet? Mine has all the Amazon crap on it and a terrible silk browser with no full view mode. Did you hack it?

How did you get it on Fire tablet?

Yes I use this on my other Android tablet. How did you get it on a Fire tablet? There is no play store…

How did you get it on a Fire tablet? There is no play store…

The app’s APK download is available on the Fully website linked above. On tablet, just “allow Apps from unknown sources”.

There’s also a script in the community that’s easily found with a search for ‘action tiles fire script’ I did two brand new fire 8s this weekend with it.

LOL you would think someone capable of writing House Panel would know eh. Momentary lapse of reason…

Before the days of PoE, I have seen some adapters that were used to send power over the unused pins of an RJ-45/Cat-5 cable (4,5,7,8 or Blue, Blue/white, Brown, Brown/White) but each end has to have the adapter and you will limit your throughput to 10MB/s or 100MB/s, which is not usually an issue. The switch side plugs into the wall, drops the voltage to the device’s need, and sends it on those unused wires. The device side picks up the power off of those unused wires and puts it into the power connector for the device, like a barrel connector.

I would never do this will full line voltage but low amp, 3v - 24v, power, you might be OK.

I got home from vacation today and immediately installed fully kiosk on my Fire tablet. OMG I feel like such an idiot for not doing this sooner. This is works super well. What a great app! Here’s a photo of my fire tablet running the latest HousePanel

You can try this 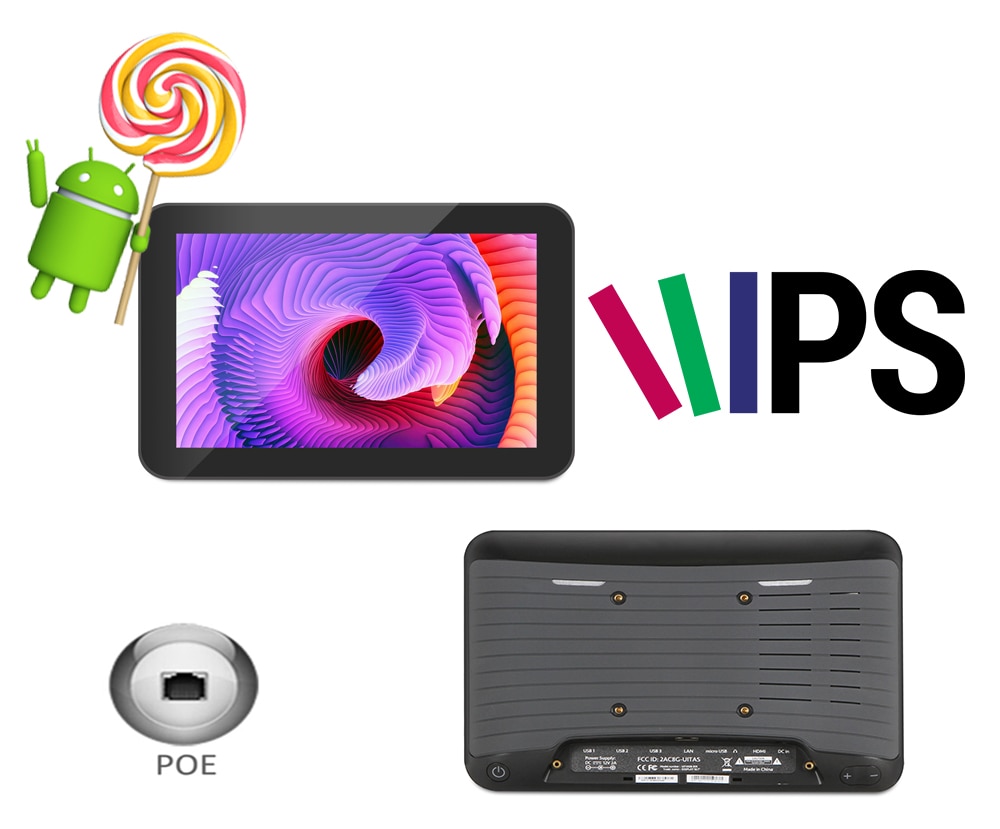 It is an Android tablet with an Ethernet port that supports PoE
They refer that they allow “RJ45 with POE: RJ45 , IEEE802.3at/af”

I did not test it, hence I cannot confirm that it is worth, though it as an average of 5 stars in 9 reviews.