Thank you so much for taking the time to suggest a clever, practical way to augment my meager testing skills, giving me a method to cross check what I think I’m finding with my cheap little meter.

Thanks! LOVE the idea! Really appreciate it!

Just wondering what brand you purchased? I am working on the same thing, and bought an under the mattress pad that supposedly only works with it’s proprietary alarm system. But I want to re-wire it to get it to work with SmartThings. I bought skil-care.

Mine is a United Securities pad. I mistakenly bought to 60 pound version for my bed which isn’t sensitive enough. Will use it for a door and by a 20 pound version next.

Has anyone in the UK implemented anything like this? I would love to have something like this on our front door mat to alert us when someone is here.

There is nothing region specific about this application so it should work fine just like any other contact sensor. My door mat app has been working flawlessly for over two years.

The skil-care one I purchased is supposed to alert you when you sit up, and it goes under the mattress. I have it wired, at the testing phase.

Phil
I used a cheap chinese ‘break beam’ sensor that came from ebay.co.uk
Small and only about £6
It works for me because people have to pass between my bay window and garage wall before getting to my door so I was able to put the transmitter and reciever about a 1.5m apart
12v dc powers everything (including the fibaro door contact that I use to convert the break beam so smartthings can read it)
I use this with a little app I wrote that ‘announces’ that there is someone at the door as the beam is broken

Does the Ecolink Z-Wave Plus have the undocumented connections, or just the regular one?

Does the Ecolink Z-Wave Plus have the undocumented connections, or just the regular one?

It does in the exact same spot.

Can’t wait to test these out!

Do you know of any sensor that could trigger at a pressure change of at least 2 pounds on a doormat? My goal is to be notified when a delivery guy leaves me a bag with my meals on my apartment’s doormat (which happens daily).

Out a 20 pound pad where he must step on it to do the delivery and you should be all set.

Would this work for one side only?

Unfortunately I can not put a pad where he steps on. I can only put an average size doormat just in front of my apartment’s door and he does not step on it.

While I am not aware of any pad that could trigger with a 2 pounds change, for now I am going to try another solution which consists in detecting the mobile phone of the delivery guy since it is always the same person, but it will depend on whether he usually has bluetooth activated or not (independently on whether his bluetooth is in discovery mode or not). Since SmartThings does not support bluetooth yet, in case is useful for someone else my idea is to use the following hardware: Raspberry Pi Zero W + Ubertooth One (this device is able to discover bluetooth devices which are not in discovery mode) and the following software: blue_hydra + a python script called ble_finder.py from github.

There are lots of pressure sensors that trigger at weights under 5 pounds, Or even under 1 pound, but they won’t be sold as a “Mat.” They are used in security and kitchen/cooking applications. Usually they’re just two pieces of fabric or plastic with the sensor in between. These are also called “force sensing resistors.” They’ll usually be listed as electronics or robotics parts

There is some discussion in the following thread:

And here are a couple of examples. 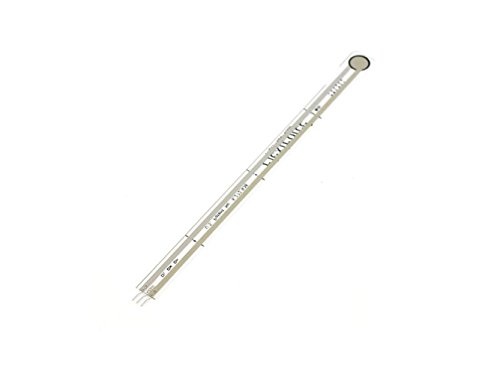 This is a piezoresistive force sensor from Tekscan. The harder you press, the lower the sensor’s resistance. Pressing lightly, the resistance changes from infinite to ~300k. The sensor itself is thin ...


Note that this is one of only three pieces that you will need. You need the sensor, you need to some kind of brain to interpret the reading from the sensor, and then you need something with the radio to send the event to SmartThings.

So doing it this way is one step more complicated than using a pressure Mat, which literally just closes a circuit when something is put on it.

The sensors I’m discussing in this post are intended for precision work, so they are providing a range of signal, which is why you need a brain device to interpret that signal.

If you want a simpler way, but much more expensive, to use the same type of device, littlebits does have a pressure sensor of this type. Littlebits are essentially Legos with electronics built-in, intended for kids, and could be put together in multiple configurations without soldering. You would need a power bit, the pressure sensor, and the “cloud bit” which uses Wi-Fi and has its own IFTTT channel. So it will be pretty simple to set up and integrate, but you would probably end up spending almost $100.

The pressure sensor is a touch-activated Bit - give its pad a little squeeze to activate it. The more pressure you apply, the more signal it sends out. Put it in front of a vibration motor to control how much it shakes!

Or just use a WiFi scale

If you have room at your front door to put a delivery box, you could just put a wifi-enabled scale inside The box and use that. Some of these have IFTTT channels, which makes it really easy. Otherwise if you have an android phone, you can use Tasker and sharp tools to capture the scales app notifications.

I know several people who have done something like this, as long as signal can get out of the box it works fine and it’s very easy to set up. But again expensive.

Is there a z-wave sensor with the eu freqency , 800mhz range.
I have a eu hub.

Want to use this idea with my baby when she lays in bed my foscam go to preset1 (baby bed), when there is no pressure in the bed it goes to preset2 (room view).

Is there a z-wave sensor with the eu freqency , 800mhz range.
I have a eu hub.

Want to use this idea with my baby when she lays in bed my foscam go to preset1 (baby bed), when there is no pressure in the bed it goes to preset2 (room view).

Necromancing this thread just to say thanks to everyone. This is one of the coolest things to me, and was a good showcase of the flexibility of both the tech and the community. It’s working fantastically as a “bed presence” sensor to help run my Goodnight routine (it was previously managed with just motion sensors, which are ineffective if I’m idly at the computer).

I bought the inexpensive Ideal Security mat from on Amazon listed earlier and on the Instructables link. Instead of stripping the wires, I bought a matching pigtail to connect the mat to the dry contacts, just for ease of use. I have 20 19 of them, so if you have (or buy) this model, I’ll give you one if you don’t mind covering the cost of envelope and stamp.

Also, as of this writing, that mat is super-cheap through Amazon Warehouse ($16 - $20 with an additional 20% off for a limited time), if you don’t mind cosmetic issues for a product we are covering up…

Thanks for writing. I have had my two pressure pads working flawlessly for 4 years in my kitchen and in my wet bar. It is like magic. So much so that when I am in another house and I step up to the sink and the light doesn’t come on, I get confused and then annoyed! LOL. I haven’t tried one as a bed sensor but I might just add that next. I am having issues adding new zWave sensors since I think I am at the limit for the hub. Anyone know how many devices one can have?

So I have to find a workaround soon. At about 180 today