Turning a dumb litter box into a smart litter box?

I’m still very new to smart home stuff, and have been getting a bit carried away with all kinds of crazy ideas.

Such as… is it possible to turn a “dumb” litter box into a smart litter box?

I have this litter box (which is fantastic, by the way). It’s a pretty standard plastic hooded box, but the gimmick is you can roll it to one side to collect the waste. It works really well and I highly recommend it to anyone who doesn’t like scooping.

Anyway, if I were to put a sensor inside that could detect proximity and/or motion (for when a cat enters), could I then set it up through SmartThings to send me a push alert a few minutes later so I know when it’s time to ‘roll’ the box? And taking things even further, could I also have SmartThings turn on a plug (along with the push alert) with some kind of scent thing attached to mask the smell every time a cat goes?

I know this will likely get cat litter all over the sensor, but if it was cheap enough and worked reasonably well I wouldn’t mind that much.

Why stop there? Let’s strap a motor to it so it rolls itself.

Sure, there have been other community members who put the litter box in a closet that had a motion sensor to detect when there was motion in the closet.

You can see what other people have done by looking on the quick browse list in the community – created wiki, looking down to the bottom of that page for the “project reports“ section and then choosing the list for “animals.“ Lots of very creative people in the community.

It definitely crossed my mind! It would essentially be a vastly cheaper version of the Litter Robot.

I’m not much for mechanical engineering, though…

If you can get one to not self destruct, a Littermaid self cleaning cat box works great. We have had a few, they are great, until they self destruct…

I have a similar setup. The litter box is in the small 1/2 bath between the toilet and the wall. I placed a motion sensor on the side of the toilet facing away from the door right above the litter box. This way it does not “see” people, but will see the cat. It also does not get any litter on it. I also have a smart outlet installed and bought this air purifier, however you can use any plug in air freshener. 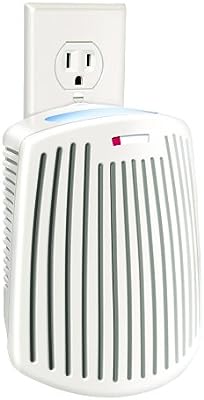 For notifications you can setup either SHM -Custom or Notify Me When smart apps to notify you when motion happens.

Thanks for the link! That sounds like exactly what I’m going for.

Just had another thought.

I could add a tilt sensor to the box so SmartThings ‘knows’ when I’ve rolled the litter over. Then, to get really carried away, I could have some kind of light or signal mounted above the box that shows RED when a cat has used it, and turns GREEN when I’ve rolled the box. I’d be able to tell at a glance if the litterbox needs to be taken care of, no notifications required!