Just bought this off Amazon and could not really find anything on this in the community. Has anyone tried these yet? These are only wifi and I cannot really get mine to work.

Anyone have any luck? Any integration with ST?

Have wanted a z-wave, but after doing research, I thought this could work and had the bonus of the cam. My main garage door is Chamberlain 248730M power drive and it is listed in their compatibility list.

Would not think it should be too complicated with a garage door to open, close, and sense.

Haven’t heard of anyone using it with ST yet. A lot of people just put a $20 Wyze camera in their garage, since you can position it wherever you want it.

As far as openers: they’re much more complex than you might expect because of features required by safety codes. And the liability to the company if their devices should override any of the safety features in the existing opener.

so you just don’t see too many.

Thanks for the feedback on that.

Yeah, I thought that this having the camera would be nice, but have a Wyze with just a control would probably be best.

That said, what have others used for garage door control? Thought it wouldn’t matter on wifi or z-wave, but thinking z-wave might be better.

The only one on the official compatibility list is the zwave linear/gocontrol/iris ( it’s rebranded under several different names, but it’s all the same device). It’s also UL listed, which means you can buy it off the shelf at Home Depot or other big box stores.

SmartThings works with other

It seems to be a good choice for most people. A small number of people have posted to the forum that they did have to replace it after a year or so, but that looks to be a very small percentage out of total in use.

Another thing to note is that the newest model of this, which includes support for zwave’s S2 security framework, is just starting to come on the market and the old model is getting very hard to find. Right now, I think the first releases are under the ADT name, but again, it’s all the same device, just with a different name badge and in a different box.

It will also be sold under the GD00Z-7 suffix, which will have a gocontrol label instead of an ADT label. But again, same device. 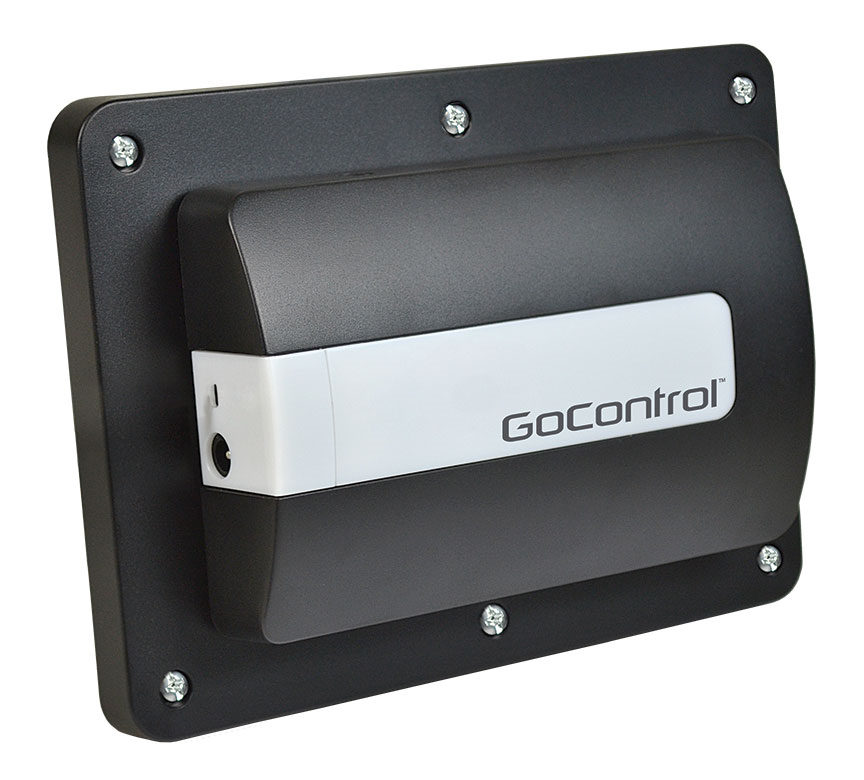 The GoControl GD00Z-7 is the next iteration of the best selling line of Z-Wave controlled remote garage door status indicator and activator. Adding S2 security and OTA capability, the GD00Z-7 continues to Nortek’s leadership positing in the IOT...

Actually, got this was working. Was fairly easy, but an oversight on my part.

That said, since this has a switch and a camera, but it is also wifi (no wave, etc…), should I use it as a general cam as a device if looking for some sort of handler or snart app to add it within my ST hub for control?

Anyone able to provide info on how I can get a wifi cam connected?

How’d you get it to work? This is my first thing that wasn’t plug and play, new to the ST communnity. I don’t care about the camera but having the opener working would be great (Though if the camera works with ST that’s a bonus. )

hi, just ordered this from woot today, looking forward to giving it a try. I also was aware it didn’t trumpet integration w/ smartthings, but at the price and seeming lack of alternatives I thought I’d give it a try,. I actually used to have iris, and had tried that garage door, but couldn’t ever get it to work for me… we’ll see about the ease of install for this one…
ill be interested to hear if someone does come up w/ a way for ST to control this. I currently have a sensor mounted on the garage door and it will alert me when the door goes up, and continue to send me text/alert every 15 minutes (because sometimes kids will leave door open when they come in from playing for the evening, and I dont discover it til much later at night)
I’m thinking if there is some kind of trigger if the sensor says it is “up” (or disconnected") but unless there is some kind of IFTT tie-in I still dont see how the sensor position/state could actually force an action… and in any case, thats just to close it; I cant think how the sensor in the (mainly) closed state could effect a way to open it…
c’mon ST community!! or IFTT

How did you go about getting the garage door function to work with ST? Would love better automation over the garage controls. Thanks!

Never did get it setup to ST. Think Problem is in wifi and couldn’t figure anything further at the moment. Been using the app.

Was thinking that in HA I could use a generic camera with URL, but have gotten that going to either.

No one else ever had any further insight on this unfortunately as I think this is a great device for garage use.