How did you create those virtual devices? For example:

Don’t think I saw anyone respond to your question but may have been lost in the fray. Is there a difference in how these will be handled during the transition? All of mine were created through the IDE I’m pretty sure. Will they automatically transfer to an Edge driver? I have virtual switches strewn throughout my routines. Not clear if I need to create new equivalent virtual switch Edge drivers and update the routines to use those or all else being equal the virtual switches will transfer and the routines should just keep working?

How did you create those virtual devices? For example:

I keep seeing this question about how we created virtual devices but I never see an answer or guidance for which virtual device will work with Edge. Which is the virtual device that we should be using and how can you tell them apart?

This is so exciting, almost like waiting to see what was going to happen with Y2K.

Except you could actually prepare for Y2K.

Please, don’t, or you will be branded an old man yelling at a cloud 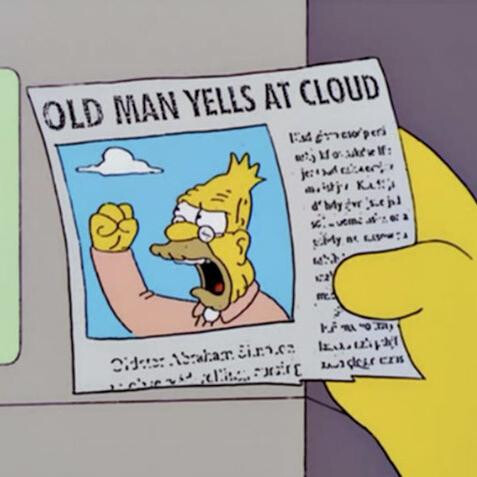 I don’t know officially, so hopefully a staff member will respond, but I have heard almost the opposite of what you just said. And I have been told this by smartthings staff both through the normal support channels and in private conversations. What I have been told is that anything which currently shows up as “placeholder” in the IDE is already using the new architecture and should not be affected by the end of the groovy cloud. That specifically includes Meross, Lutron, Arlo, and Leviton WiFi, which were brands that I asked about. Same with the Hue cloud to cloud integration. The hue LAN integration is being rewritten as an Edge Driver, but while they hope to have it ready in time, it’s not here yet. But you could just use the cloud cloud integration for a little while if you needed to…

For me the LAN Connection to the Hue Bridge is important. Can someone from Smartthings give us informations about the status?

I have numerous virtual switches created from the IDE. Will those be migrated automatically to edge or will they just stop working?

I have numerous virtual switches created from the IDE. Will those be migrated automatically to edge or will they just stop working?

I too had a bunch(20+) of VR switches. I just used @TAustin Edge Virtual Device Creator and just migrated then over myself to prevent any issues. It’s not hard it just takes a little time.

I too had a bunch(20+) of VR switches. I just used @TAustin Edge Virtual Device Creator and just migrated then over myself to prevent any issues. It’s not hard it just takes a little time.

If my IDE says “local execution” for a given device, should I expect that device to be automagically migrated without further action on my part? In other words, what is necessary and sufficient for that?

I’ve attempted to inventory all my things, trying to sort out where I want/need to be proactive. Fortunately the vast majority use stock DTH’s. But I’m not sure if that implies matching fingerprints in all cases, since many of the devices are old and I don’t know the fingerprint match rules for the existing stock DTH’s. (e.g. Years ago, if I had manually assigned a DTH within IDE, would it have been assigned even if there was not a matching device fingerprint. I believe that works, so just having a stock DTH and/or local execution may not be sufficient for “auto-migration” purposes).

(e.g. Years ago, if I had manually assigned a DTH within IDE, would it have been assigned even if there was not a matching device fingerprint. I believe that works, so just having a stock DTH and/or local execution may not be sufficient for “auto-migration” purposes).

I think you have hit the nail on the head there.

I consider fiddling with the device type in the IDE as effectively being equivalent to using a custom handler when it comes to migration and I wouldn’t be waiting to see what happens.

There will have been a reason why you had to fiddle and that reason could still be there with Edge drivers. You can point devices at certain drivers given a matching fingerprint, but you can’t point at a sub-driver.

I wouldn’t be waiting to see what happens.

I’d rather not wait to see either. I’d rather be following some set of documented “what to do to get ready” guidelines. Lacking such guidance, I’m glad the community remains helpful as always.

Not that I am aware of.

I am pretty sure this is not possible. I will double check this with the team, though. I will let you know.

will have been a reason why you had to fiddle

In my case the fiddling with DTHs was due to the presence of custom DTHs for simple Zooz dimmers and switches. For about 3 years, I’ve used the custom DTHs to set parameters on devices but then switched them to stock DTHs in order to get local execution.

About three weeks ago, I did a cleanup of my account. All custom DTHs and SmartApps (except Smart Lighting) removed, all GitHub connections deleted. No beta or custom edge drivers/channels ever used.

Were you able to overcome this issue or it is still happening? Please let me know

Hi @andresg - not sure which part you are referring to as I had two problems with this Dimmer.

Sorry if these specific questions were covered but I couldn’t find it.

I have I use Rboys LUM as I have 6 Schlage locks on my house. Will I have to move them to an Edge driver before Sep 30th or will they be moved automatically? If they are not moved I really don’t want to have to have rejoin them to the Hub.

A second question, any suggestion on Edge Driver I should use?

If I may, I would like to point out this other post of mine, to which no one from ST replied… This is about a device of which have 12 in operation at my home. These are Philio Pan08 Blind Controllers (sometimes branded Zipato Micro Module Motor Controller Pan-08). This is the fingerprint from my earlier post.

My earlier post is: The End of Groovy Has Arrived - #174 by martin.borg.

These devices always included without any need of a Custom DTH. ST always included them automatically using the stock DTH Zwave Window Treatment. I literally needed to do no manual change.

Now these devices will not include as anything other than Zwave Switch, which means their fingerprint is not included in the new ZWave Window Treatment Edge Driver. Which means, likely, that come 1st October I will lose these devices and they will either be added as a Zwave Switch with On (open) and Off (closed) - or as a Thing.

Can you please check whether this is indeed the case?

switched them to stock DTHs

I’m curious exactly how you did that, did you unpair and then repair the device (letting ST pick the handler), or install a stock DTH via IDE. If the latter, did you do anything to ensure a matching fingerprint?

In my case I’ve also eliminated all but a couple of custom DTH’s, but suspect I may still have “fully functional but incorrect stock DTHs” assigned in some cases.