This is not a SmartThings specific issue but wondered if anyone in the ST Community has tackled such an problem?
I have a number of Qvis-Eye5mp IP cameras both bullet and dome connected to my Qvis Falcon NVR.

The NVR sits in the AV cabinet under my primary TV. I would like the tv to change to the NVR HDMI input when movement is detected on a selected camera (Front Door), The TV has HDMI CEC capability meaning it changes input if a connected device (TV Box, Blue Ray Player etc) is turned on. I was hoping to be able to use the Camera/ NVR alarms to trigger an HDMI switch which will connect the NVR to the TV and therefore change input. Unfortunately unlike some commercial NVRs there are no direct connections to the alarm trigger contact in the NVR

Has anyone else achieved something like this? In the NVR there are options for sending an email or uploading to an FTP server. I could possible use IFTTT to use the email as a trigger which activates a smart switch but that might be a bit laggy due to time taken by email and IFTTT response.
Are there any other options like integrating the CCTV feed into ST that might work?
I know I could get a Ring doorbell but would ideally like to use what equipment is already installed. I do have an Amazon Fire TV Cube which integrates with Alexa if that helps.

I feel your pain John, I have been wanting to do similar for years with IP cams, if only we could run software on the TV that deals with IP cams

I did have a very reliable solution but you would need to add more electronics and I can see it isn’t something you want to do, il throw my method out there just incase it’s helpful

So you need to create a trigger, my solution was in the form of a external cheap movement sensor connected separately to an LED security light, power was supplied from a wall plug that had a smart power sense zwave or zigbee pocket socket, when movement detected by sensor, light comes on, power draw rises and using a ST routine you can then use that power change (above 2w) for example, change Tv input to HDMI conected to NVR or PC running appropriate software

Or an IR blaster television control device that works with SmartThings like the Switchbot mini hub. Then you set the desired input as a Switchbot scene and let SmartThings activate that scene. This will work with any television with an IR remote that can change the input.

The Switchbot/SmartThings integration is provided by the manufacturer, so no custom code is needed. 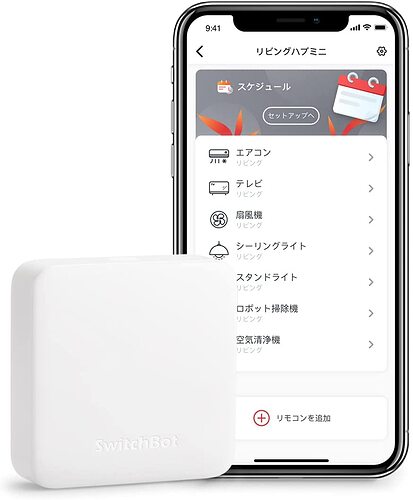 This device would just be used to change the input, you’d still need all the other parts of your project.

I know there are also community members using other IR blasters, so this is just one possibility.

I do have an Amazon Fire TV Cube which integrates with Alexa if that helps.

It definitely helps in that it becomes another candidate for switching the input, since the Fire TV cube is itself an IR blaster.

In this case, you would probably use an Alexa routine (not a SmartThings routine) to switch inputs. This means you don’t have to buy an additional IR blaster device, but you will have to set up a virtual device in ST in order to trigger the Alexa routine.

And again, all that does is change the input, you still need the rest of @fido’s project to trigger from the camera.

I have been on the look out for a decent, reliable, small, cheap to run Android box that plugs into the Tv hdmi, and can run a certain Android app without problems 24/7
Never really found anyone who has used an Android box with the same needs so can’t find out what’s good or bad but that is what would help a lot of us

Many thanks Mike, Whilst I might not use exactly the workaround you have implemented it has made me consider some other possible option such as use of a separate motion detector in conjunction with a smart switch which switches the input.(possibly using IR as JD Roberts has suggested below)
That what I love about these Forums

Many thanks JD Roberts. I found on YouTube where people were able to configure smart doorbells like Ring or similar to display on TV and Echo Show including via Fire TV Cube. Thats sound promising so many thanks I will look into your suggestion.

I use my Harmony Hub to switch to my Security NVR HDMI input, but my Roku TV has an app called IP Camera Viewer that can receive the feed from it as well (requires some setting up…I use VLC to create an RTSP streaming feed from the NVR.)