Just bought one off of aliexpress for $25.50. I hope its compatible. It was listed as zigbee light link so I believe it will work.

I will for sure. Shipping is about 30 days to Canada. Stay tuned.

I bought 2 RGB Kudled from aliexpress for $18 each, both still won’t connect. Per @Chun I might have gotten a set that is not compatible with Hue Bridge V2.

I also got 2 Kudled soft white to daylight, one worked great the other one would not connect to my smartthings v2.

you have to check carefully with the seller.

One is Zigbee, the other is proprietary 2.4Ghz.

Same goes for the handheld remote. There are 2 variants.

is this the bulb you have bougth?

Yes it is. I hope its going to work being zll. It also says wifi in the title, but that could just b a way to come up in more searchs. Worst comes to worst I’ll get my money back. 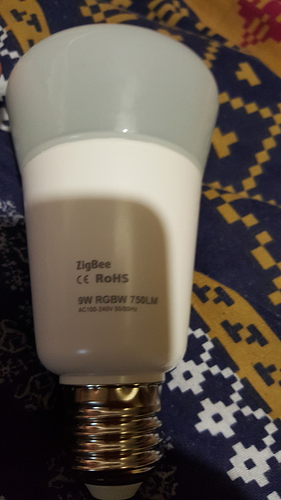 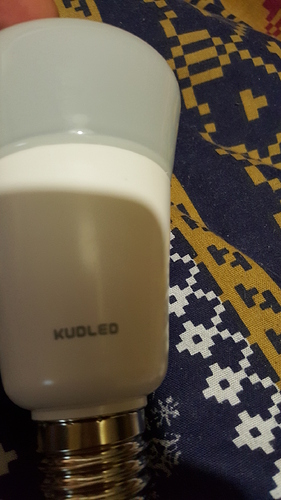 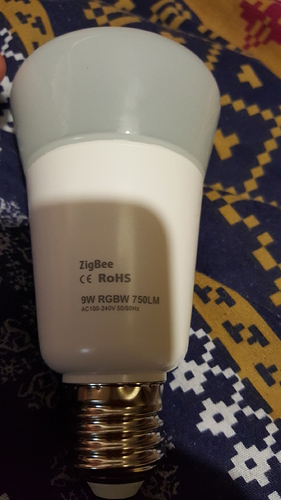 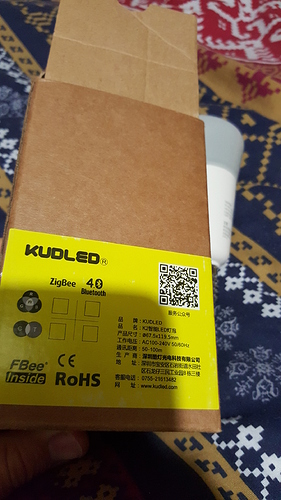 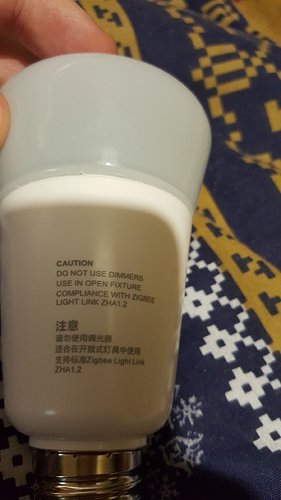 I couldn’t get my aliexpress bulbs to pair using hue v1, tried on off 5 times 10 times . Shame they don’t give the mac address or anything

This is the latest RGBW bulb, I have no problem pairing with hue v2. Is it the standard ZHA 1.2, or bluetooth? What about pairing with ST hub?

The bulb seems to say zigbee and ZHA 1.2 so i can only assume it is. Im using mine in a lamp, tried on off mutiple times and it didnt flash any other colour. Also tried to see if SM hub could see it but it couldnt

You probably already know this, but For both the Kudled ZLL bulbs and Hue bulbs you will need a different device handler if you’re trying to connect it directly to the SmartThings hub rather than through a Hue bridge.

thanks, i couldnt even get it to show up as a “thing” so didn’t even get to that hurdle.

So the device handler posted in this thread 3 months ago won’t allow the Kudleds to be directly connected to the ST hub?

I got the same bulbs from Ali Express and have them set up with my ST Hub V2. I did the 3 off 3 on procedure, the bulb blinks a few times and I find them with the app, then in the IDE, I change the handler to the one posted on this thread and they work perfectly. I also got the remote and it works, although I’m working on it to be a full ZigBee Remote.

Anyone got this paired with hue v1?

OK update, i might have been a bit inpatient . I got it working.

then turn off on the light 6-8 times wait a second or two in between and look for a flash. Mine didnt flash in colour which makes it hard to notice. But so far im impressed for 1/3 of the price.

I would like to buy these bulbs. will they work directly with Smartthings hub or i have to pair it to Hue hub first. i don’t have Hue Hub.

I bought mine last week, got them on monday, I do not own a Hue Hub, and have them working flawlessly with the ST hub. just install the appropriate Device Handler in the IDE.

how do the colors on these compare to the Osram A19 RGBW lights?