You are a God!

I really don’t like contact features on various virtual devices since using a contact sensor creates some annoying clutter on the status information section of the Favorites page when the virtual contract is Open. That’s why I only have one virtual contact device and instead use 14 virtual motion sensors for Alexa integrating. And now that you added the ability to use all of the various SmartThings ICONs with the virtual motion devices, it’s wonderful. I do understand that virtual devices are mostly used by everyone for Alexa integration, but I just don’t like the status page showing all the virtual contacts Open.

So, I currently see three items, and I’m not sure how they map in things like Google Home, or the Smarthings UI, so I’m not sure how to answer this. But I can describe what I want a bit more? And answer more questions.

I don’t think I even noticed that the door closed/open was something that you could interact with, but now that seems obvious.

Generally speaking, I don’t care too much if the ‘primary interaction’ for using the garage door from the main screens of Smartthings is the on/off switch or the open/closed switch, though, I would like it to be one of them instead of not having something you can press there at all, which seems to be the current state.

I do care that I be able to tell Google Home to open or close a garage door, and ask about the current state.

In either case, I don’t want the primary interaction to alter the state of the door itself, just change it’s own state, and let me drive automation from that.

What I don’t want to happen is this: I tell it to close the garage door. The door state immediately changes, but something prevents the door from actually closing. I look at the app / google home, and it says the garage door is closed, even though the tilt sensor is correctly indicating that the door is, in fact, open.

Having the same kind of malfunction happen on opening is far less of a hazard, but it would still be nice to avoid.

NOTICE OF UPDATE TO VEDGE DRIVER

I am pushing out an update to the driver that contains these community-requested enhancements:

The update will be automatically installed to your hubs. New driver version is:

The update will be automatically installed to your hubs.

Note that the platform has been having problems all day and many people are still having problems with the app and with device control. I would wait to make/test any changes Until things have settled down.

Was trying to add a device through IOS and that failed multiple times. I later tried to manually exclude and “network cannot connect” (for more than the usual delays). Then I checked the hub, which was glowing green, so I went to the legacy IDE. I realized no data was coming in and confirmed this with live logging. I then powered the hub off and back on (waited 30 seconds). I’m now getting solid blue. My internet is working fine. Is anyone aware of a ST cloud issue?

Good point. I seem to be back to normal but sounds like others still aren’t.

Other people have reported the same thing and the official status page says that some users are still being affected by the platform issues. I think until they put up the all clear, we just all have to be patient.

@TAustin some garage door openers come with electronic locks too. They can be open/closed, and locked/unlocked 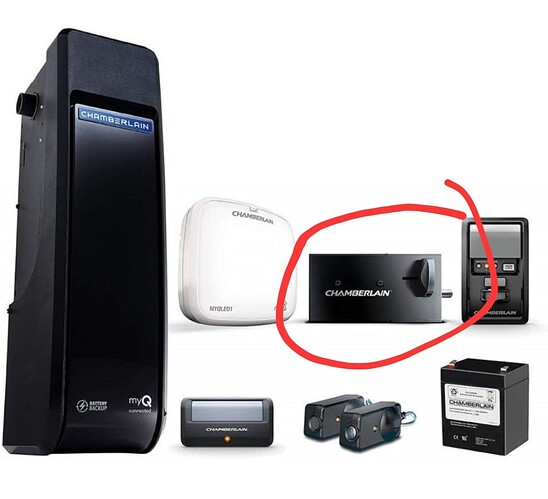 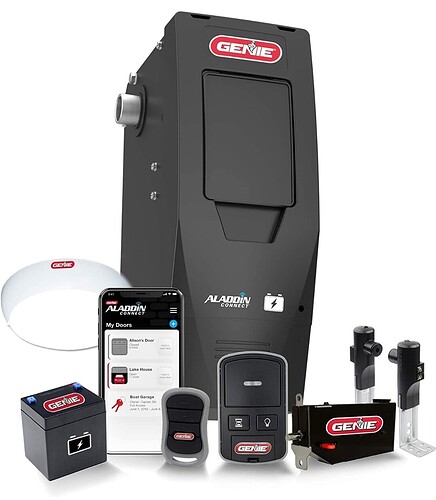 Also almost all of them have light

I suppose there must be more info in this long thread somewhere, but I couldn’t find it. Where can I find an explanation about how to use virtual devices other than virtual switches?

I can do this in SharpTools by using a context variable. But is it possible to do this directly in SmartThings?

Maybe I should add too that I’m in Sweden and have no access to the Smart Lighting smart app.

For GE smart switches/dimmers/outlets/motion switches, community created Edge driver supports Z-Wave association groups. Association groups allow one device to mirror its behavior to up to 4 or 5
other devices.

This is an Edge driver for GE/Jasco Z-Wave motion switches and dimmers, including models 24770, 26931, 26932 and 26933. This driver provides all of the functionality that is included in my main driver for GE/Jasco/Honeywell z-wave switches, while also adding several configuration parameters to the detail view and exposing them to automations: [Screenshot_20211230-224649] The list of fingerprints currently included can be found here. If you have a model that’s not included, let me know and I’ll look into adding it. Please note that, as of December 2021, Edge is in beta and therefore this driver should also be treated as such. To install: Use the following link to enroll in the channel and install the driver on your hub: Channel Invitation If your device is already using an Edge driv…

I think we are on the same quest. I haven’t seen how to do this, either…

I’m thinking maybe the term “mirror”, in this case, is a dead end.

If I’ve learned anything, it’s that one momentary switch is not enough, on a single virtual device

Currently I think you can’t set values ​​on other devices from a edge driver, even though the devices are paired on the same driver. I don’t know if it could be done with edge LAN devices through the API, I’m lost on that.

It could be done with a smartApp, but groovy smartApps will go away and it’s not worth spending time on.

If what you need is to establish with routines fixed values ​​of color temperature and level in several bulbs:

If you need to step down or step up the level and/or color temperature on multiple bulbs:

You could use the Zigbee Groups with zigbee multi button remotes, but I have no practice in that. There is information about that in other Threads

You can copy dimming ( switchLevel ) from virtual dimmer to bulbs ( lamps ) using Rules API. I think, that it’s also possible to copy color temperatures. I have newer tested color temperature in my Rules APIs.

If you want use Rules API and you need support for using Rules API, you can make new chat topic for Rules API instructions.

Thanks for the detailed response.

As it is, I mostly have what I need through routines, but there are just way more than I would like to have, but it works. Largely with the help of your drivers.

I think my misunderstanding with “mirror”, is this was also a term for a method I had used with some dimmer switches before, to have a lighting group reflect the state of the switch, but now I understand the meaning as it relates virtual device creations.

This thread has been interesting reading, in any case.

**Zigbee Groups is on my list to experiment with, as well!

This might be the only best way to do so, absent Webcore. Its’ been on my “to do” list for about a year, maybe more. I may actually follow through at some point.