Sonos as a security alarm

I have my sonos playbar connected into my system and want to use as an alarm(Basically using it as a siren) if someone comes in when in away mode. I assume I can’t use the Smart Home Monitor as the Sonos isnt really a siren so I have managed to get it to work and using the Sonos SmartThings Lab smartapp where I am able to do most things. However the problem I have is the alarm only goes off 3 times then stops. Its great because I can change the volume temporarily, but would be good to be able to get it to stay on longer or until I change the status in the app.

I do the same thing, and it repeats every time they trip another sensor. Reality is, it’s a deterrent rather than an alert. The other reality is, the first thing I’d do as a burglar nowadays would be trip the power - meaning unless your Sonos device is on a UPS and your wireless router is on UPS (with instant switching rather than a delay which means it reboots), it’s not going to sound.

Very easy to short most people’s power nowadays - most houses have an external socket, and a plug with a loop between pos & neg would likely kill the whole ring.

Buy a electric/gas meter box key from eBay, flip the switch. Forget about trying to trip it. Besides, with the new regs it shouldn’t trip the entire house.

Regardless, this is exactly why SmartThings needs local connectivity and not to rely on the cloud.

@gcoombs You’ll be better off getting a proper alarm, and just putting door sensors combined with the Sonos to trigger an internal siren. It’d be a lot easier if IFTTT actually worked…

with the new regs it shouldn’t trip the entire house.

Because every hobby-sparky does stuff to code

It does underly a more serious issue though. SmartThings has power redundancy, which is great, but without a 3g/4g data card in it at the very least for contingency, it’d never be a true home security device… You could of course install a PIR inside the electrical cupboard to sound the alarm and send you the text the split second before it tripped?

Doubt it, the hub probably won’t be able to communicate with the cloud servers fast enough

In all seriousness, SmartThings really needs an offline mode. Someone could build a 3G device to issue SMS messages if there was no internet connection I would imagine

There are plenty of 3g usb sticks around… Don’t think 4xAA batteries will do it for long.

I don’t think you can just plug a 3G stick into the hub and it’ll work though can you?

Get a UPS. Put your router on the UPS, with a 3G USB stick in it. ST hub also connected to UPS, so wireless is up, ST is up, even if the phone line is disconnected you’ll get notification, unless they are jamming 3G signal too. Stick your Sonos on a UPS, though it’s probably cheaper to buy a z-wave alarm

I posted a suggestion a little while back to add the Siren capability to the Sonos device so that we could use our Sonos zoneplayers and speakers as sirens within Smart Home Monitor and other security related SmartApps.

If you think this is a good idea, perhaps you could add your support to that thread (with a +1 post or a “Like”); at present I think this may be the best/easiest way to provide SmartThings with a view of how much desire is out there for this functionality.

You can find the suggestion here:

As the topic of the title says, I’d like to suggest adding functionality to the existing Sonos device integration, specifically, add the capability.alarm siren() function. This would allow us to use our existing Sonos zone players and speakers as sirens with, amongst other things, the new Smart Home Monitor smartapp. I envisage the implementation utilising a SmartThings hosted MP3 file for the siren sound. The Devicetype should allow the user to select the volume to be used for the siren function (default it to something high, but not so high as to give first time users a heart attack when they test…

I don’t think you can just plug a 3G stick into the hub and it’ll work though can you?

I’m assuming not buddy. Would be a nice curve ball though - it’s not as if the box doesn’t have the processing power to run a basic modem script.

I’m assuming not buddy. Would be a nice curve ball though - it’s not as if the box doesn’t have the processing power to run a basic modem script.
[/quote]

Exactly this type of functionality was discussed as a target state use case during the Hub v2 development phase (i.e. before it was released), but it was clearly indicated that it would not be available at the time of release. So, I would not be at all surprised to see this functionality made available through a firmware update some time in the future (along with other features using the currently dormant Bluetooth interface, etc.).

Of course, SmartThings are very busy at the moment bedding in the new releases (new hub, new mobile app, new SmartApps, new (UK) infrastructure) and resolving outstanding issues around all that change, so I don’t expect to see further major functionality/change introduced until things settle down a bit.

So I found a cheap siren on Amazon. I took a bit of a gamble as it was only £16 and every other listing has as around £40, but it works (All be it I have had to use a iPhone plug as comes with European one). It has a battery back-up as well and I can fix it to the wall. SmartThings found it straight away, marked as Aeon Siren and now I can use as part of SHM. 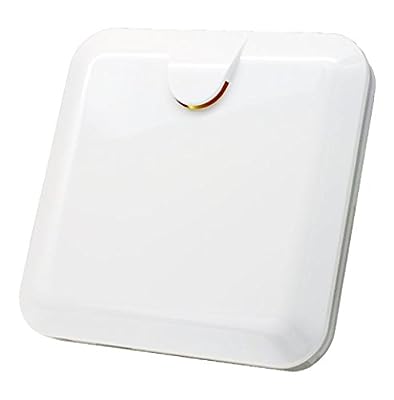 Zipato Multisound indoor siren is Z-Wave enabled siren that can be used as a part of any Z-Wave enabled network. It is perfect as an addition to your Zipato network, where it can be combined with othe ...

Perfect solution! I am then going to create a rule that says if Siren going, activate the Sonos as well.

So I found a cheap siren on Amazon.

Many thanks for this.

Looks like you got one hell of a bargain. Well done !

I found temporary a solution.

I am new to smart things but I have a work around that has been working for me for a few days now. First I downloaded a siren sound, there are loads of siren sounds that to choose from with a quick google search. I used audacity (http://audacityteam.org) to create a 20 min repeating version of the alarm and added it to my Sonos library. I then used Sonos Mood Music Smartapp to play this alarm when any one of a number of sensors are activated. If you set it to only come on in away mode it seems to work. All you need to do then is set the mode to away when you leave the house. Make sure you set the mode to home when you get back otherwise you will jump a bit when you get in (but you can automate this too). Alarm stays on for however long you you repeat the siren sound (in my case 20 …